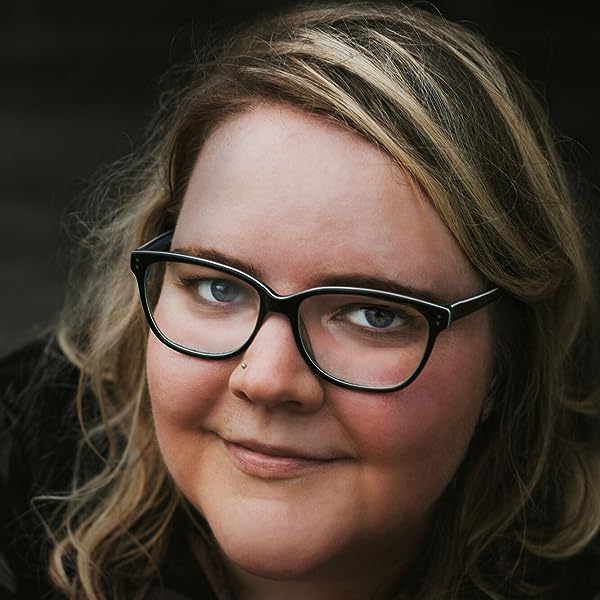 Page 1 of 1 Start overPage 1 of 1
Previous page
Next page
Start reading Once You Go This Far on your Kindle in under a minute.

"Dogged investigator Roxane is not deterred by warnings, a message on the mirror of her hotel room, even an explosion at her office...Roxane is an increasingly compelling lead character, her fallibility balanced by her self-awareness and persistence."

"Weary is someone you root for, and her grit and determination when working a case is the real draw here."

Kristen Lepionka grew up mostly in her local public library, where she could be found with a big stack of adult mysteries before she was out of middle school. In the name of writing research, she has gone on multiple police ride-alongs, taken a lock-picking class, trespassed through an abandoned granary, and hiked inside an Icelandic volcano. Her writing has been selected for McSweeney's ""Internet Tendency,"" Grift, and Black Elephant. She is also the editor of Betty Fedora, a semiannual journal that publishes feminist crime fiction.

4.3 out of 5 stars
4.3 out of 5
96 global ratings
How are ratings calculated?
To calculate the overall star rating and percentage breakdown by star, we don’t use a simple average. Instead, our system considers things like how recent a review is and if the reviewer bought the item on Amazon. It also analyses reviews to verify trustworthiness.

Bristol Book Blogger 📚📖📓
4.0 out of 5 stars A good story
Reviewed in the United Kingdom on 7 February 2021
Verified Purchase
I love Roxanne Weary, and every story featuring her is unique, realistic, and believable. I was though, a little disappointed with the ending of this one. It just felt too obvious and without the surprise there was no tension or suspense. Overall though, the series is good, and I did enjoy the story.
Read more
One person found this helpful
Report abuse

Tink
5.0 out of 5 stars The storyline
Reviewed in the United Kingdom on 4 March 2021
Verified Purchase
Have read all the Roxy books and I am really enjoying this just a while in between waiting for next book 👍🏼
Read more
One person found this helpful
Report abuse

GeordieReader
3.0 out of 5 stars I’ve loved this series so for but this wasn’t up to standard
Reviewed in the United Kingdom on 5 November 2020
Verified Purchase
Roxane Weary is a great character and the previous books were all well-worked mysteries. This is much more a thriller which builds up to a predictable set-piece, which I found disappointing.
Read more
Report abuse

Erin
5.0 out of 5 stars Gripping!
Reviewed in the United States on 16 July 2020
Verified Purchase
A winding and exciting mystery. Compelling story involving many different threads all being pieced together by an imperfect but relentless investigator.
Read more
22 people found this helpful
Report abuse
See all reviews
Back to top
Get to Know Us
Make Money with Us
Let Us Help You
And don't forget:
© 1996-2021, Amazon.com, Inc. or its affiliates