Once We Were Here: A Novel and over 1.5 million other books are available for Amazon Kindle . Learn more
Share <Embed> 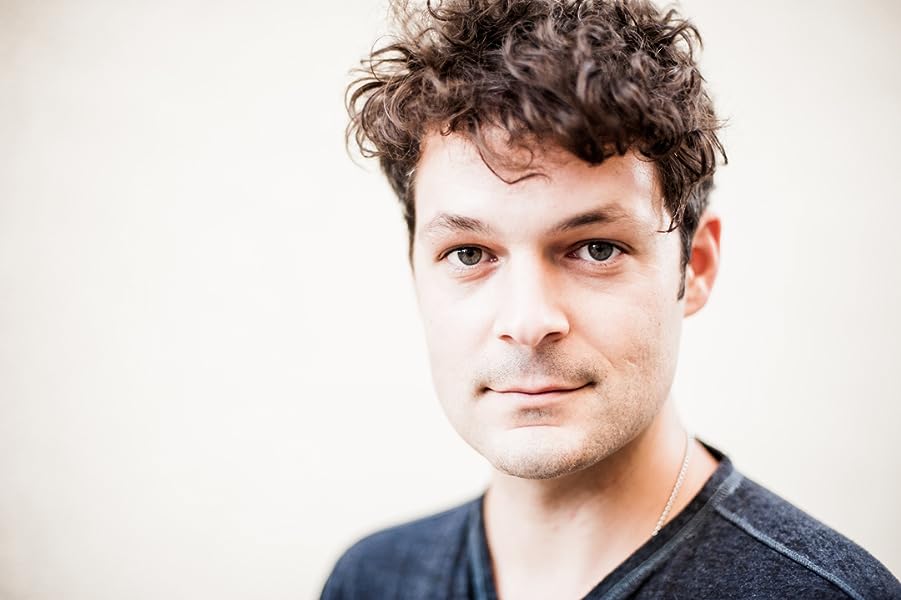 Page 1 of 1 Start overPage 1 of 1
Previous page
Next page
Start reading Once We Were Here: A Novel on your Kindle in under a minute.

Christopher Cosmos is an author and Black List-screenwriter from the Midwest who attended the University of Michigan as the recipient of a Chick Evans Scholarship. He lives and writes in Grand Rapids, Michigan, where he grew up. For more information, visit www.christophercosmos.com.

Gary Bennett is an experienced audiobook narrator, an electrical engineer, and a private pilot. He has always been passionate about storytelling and spent years honing his craft with some of the best names in the field. When not narrating, he can be found listening to music or spending time outdoors. Born and raised in California, he currently resides in the greater Seattle area.

4.4 out of 5 stars
4.4 out of 5
181 global ratings
How are ratings calculated?
To calculate the overall star rating and percentage breakdown by star, we don’t use a simple average. Instead, our system considers things like how recent a review is and if the reviewer bought the item on Amazon. It also analyses reviews to verify trustworthiness.

Kindle Customer
5.0 out of 5 stars OUTSTANDING!
Reviewed in Australia on 9 January 2021
Verified Purchase
One of the most wonderful books I have had the privilege to read. I knew nothing of the Greek contribution to WW11 and am very glad to have learnt of the courage the Greek people gave to the world. I am grateful to their contribution on many levels. We live in a world which is far from perfect but we live in a world which is far different than we would have had under Hitler.
Still it is the story of the people, the families and the beautiful descriptions of love written into this book which bought tears to my eyes and my heart filled with emotion. I was completely lost in this tale. This 71 yo, European refugee who was bought to and lived in Australia, safe, fed and given a good life; says "Thank you, Christopher Cosmos. You wrote a wonderful book."
Read more
Helpful
Report abuse

Amazon Customer
5.0 out of 5 stars Honour, love and survival
Reviewed in Australia on 27 October 2020
Verified Purchase
This will appeal especially to those of Greek heritage. Reference to the ancient Greek heroes is intertwined with modern day heroes who kept the Germans at bay, at great personal cost, to help the Allies defeat the Germans. it's also a story of brotherhood and of love. and that fighting against evil is never wasted.
Read more
Helpful
Report abuse

Tweedvale Girl Book Reviews
TOP 100 REVIEWER
4.0 out of 5 stars Historical Fiction WW II Greece
Reviewed in Australia on 20 October 2020
In 2014, Andrew arrives for his summer holiday at Lake Michigan with his wife Stephanie, children David and William. Every year they stay with his grandfather Papou and his grandmother Yia Yia at their cottage. Andrew asks his Papou about an old photo he found, he recognizes his grandmother, she’s with a strange man and who is he? Papou decides to finally tell him about the past and his family’s life in Greece; it’s a story about two young men and how war changed their lives.

In a small Greek fishing village Agria two baby boys are born on the same night their parents name them Costa and Alexei. Now 18, the young men are best friends and are as close as brothers. When war is declared in 1940 they enlist, leaving Agria for the first time, despite the terrible conditions and no military training they win and defeat the Italian army. Before they depart, Alexei asks his first love Philia to marry him and she accepts. When a victorious Alexei returns from the war he and Philia marry, they make plans for the future and start building a house. Unfortunately their honeymoon was barely over when the young groom and his best friend Costa are needed to fight in another war. The Greek army only had the Metaxas Line between them and the much stronger German army; they had planes, tanks and superior weapons. The Greek army digs in, they reinforced the line and nervously wait for the Germans to arrive.

Once We Were Here is a historical fiction saga, it’s about nation’s history, its traditions, a special friendship between two young men and their legacy. Despite the terrible odds against them the Greek army made the German’s advancement through Greece as difficult as possible, of course Costa and Alexei were involved in this. What the Greek soldiers managed to achieve is amazing, it helped the allies eventually win WW II and defect the Germans. I received a copy of this book in exchange for an honest review and I gave the book four stars.
Read more
Helpful
Report abuse
See all reviews

Betsy Love
5.0 out of 5 stars A Significant and Captivating Story
Reviewed in the United States on 26 November 2020
Verified Purchase
I read this book in two days. It was captivating from cover to cover. The story of love, war, friendship, and family all told through the lens of Greek culture, history, and its significance to WWII. The fact that it took this book for me to know the sacrifice, fight, and sheer heroism of the people of Greece (specifically during WWII) is a tragedy. I both admire and am grateful for all that they did. While this book is a work of fiction, it is raw and feels real as it grips the heartstrings. I fully appreciated this book for its fresh perspective, quality storytelling, and depth of relatable characters. I wholeheartedly recommend it.

Shannon Hawkins
5.0 out of 5 stars Remembering Why I Love Greek Tragedies
Reviewed in the United States on 30 October 2020
Verified Purchase
It is cold weather season and I found a book I could lose myself in. This is unlike any World War II novel I have read and left me feeling humble in never knowing what the Greeks did. I could not put this down and was transported to a place of pride for family and land. I definitely recommend this book!
Read more
9 people found this helpful
Report abuse

Carmen R. Gehring
5.0 out of 5 stars Cosmos the story teller
Reviewed in the United States on 13 November 2020
Verified Purchase
I love reading books about WWII but this book takes it to another level. So often as i was reading, i felt like someone was telling me a story. I got lost in the descriptions and the emotions of this story. I knew early on that by the end of the book Id miss the characters....i was right. Well done Mr. Cosmos, your people would be proud.
Read more
6 people found this helpful
Report abuse

Judith A Crichton
5.0 out of 5 stars I found the Book Very Intriguing.
Reviewed in the United States on 21 November 2020
Verified Purchase
When I started reading the book, I couldn't put it down, I read it in two days. I found it sad what they had to endure during the war and the love that was prevalent during those difficult times. I was so immersed in the story It was as if I was there. Several points during the story I literally cried. I highly recommend this book. It's a great read.
Read more
3 people found this helpful
Report abuse

Andrea Schoellkopf
5.0 out of 5 stars Of love and country
Reviewed in the United States on 6 January 2021
Verified Purchase
I had so very little knowledge of the Greek role in WWII prior to this, so being able to learn about the war from a new perspective is a joy. I started with a few chapters a night but by the second half of the book i couldn't put it down. I love that there was an unexpected ending!
Read more
3 people found this helpful
Report abuse
See all reviews
Back to top
Get to Know Us
Make Money with Us
Let Us Help You
And don't forget:
© 1996-2021, Amazon.com, Inc. or its affiliates