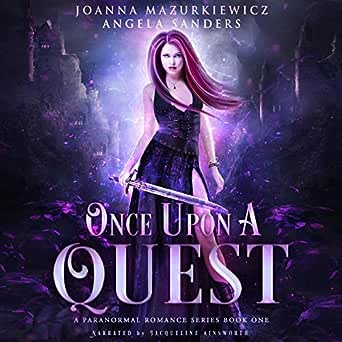 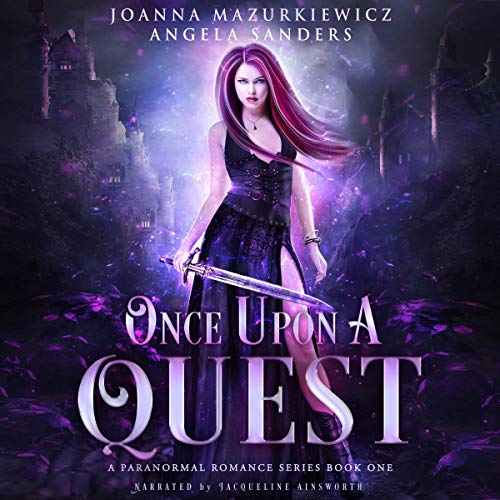 Once Upon a Quest: A Paranormal Romance Series, Book 1

Caroline Doig
TOP 50 REVIEWER
5.0 out of 5 stars Brilliant and Funny ♥️ It.
Reviewed in Australia on 7 December 2019
I absolutely loved this story and these two authors are such a great team their amazing and I love the character Catherine who swears more than a sailor and who is a fighter not a queen she made me laugh pretty hard she’s no lady that’s for sure. Catherine’s sister has been kidnapped by dragons so in exchange for their help she must pick one of the Dhampir princes out of the 3 of them to be her king. I loved Catherine she is such a bad a$$ heroine who has 3 princes fighting over her, a brilliant funny story it’s a 5 plus ⭐️ read and I highly recommend this book it’s definitely well worth the read.
I received a copy of this book from Booksprout and I voluntarily leave my review.

Georgia McNabb
5.0 out of 5 stars Wounderful Story, What a Hoot MC is!!
Reviewed in the United States on 24 April 2020
Verified Purchase
I have not enjoyed and laughed so much while listening to a book in quite a while!! If you are looking for a Strong, Onenery, Woman then you need to listen/read this book. Very humorous story with the balance of the characters just as amusing. Narrator did a wickedly good job with the voices and adding to this Story.
Read more
2 people found this helpful
Report abuse

Lady Lightning
5.0 out of 5 stars Fabulous
Reviewed in the United States on 27 April 2020
Verified Purchase
Totally awesome. This Princess was definitely a no nonsense, down to earth young person. She is to rule the Kingdom once the King steps down. She just wants to fight dragons and any other bad guys. Things don’t work out for her. Totally recommend..
Read more
2 people found this helpful
Report abuse

Kindle Customer
5.0 out of 5 stars Once upon a quest
Reviewed in the United States on 3 June 2020
Verified Purchase
Lucy 's been kidnapped by the Dragon kingdom. Catherine ,her sister, future queen , needs to find allies to help save Lucy. Catherine enlists the aid of 3 vampire type princes- but she has to marry one so they will help.
Read more
Report abuse
See all reviews
Get FREE delivery with Amazon Prime
Prime members enjoy FREE Delivery and exclusive access to movies, TV shows, music, Kindle e-books, Twitch Prime, and more.
> Get Started
Back to top
Get to Know Us
Make Money with Us
Let Us Help You
And don't forget:
© 1996-2020, Amazon.com, Inc. or its affiliates