Once a Runner: A Novel and over 1.5 million other books are available for Amazon Kindle . Learn more
Share <Embed> 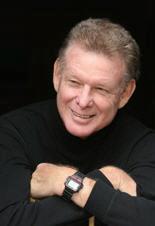 Page 1 of 1 Start overPage 1 of 1
Previous page
Next page
Start reading Once a Runner: A Novel on your Kindle in under a minute.

“Part training manual, part religious tract, part love story, and all about running, Once a Runner is so inspiring it could be banned as a performance-enhancing drug.” —Benjamin Cheever, author of Strides

“By far the most accurate fictional portrayal of the world of the serious runner…a marvelous description of the way it really is.” —Kenny Moore, Sports Illustrated

“The best piece of running fiction around. Beg, borrow, or buy a copy, and you’ll never need another motivator.” —Dave Langlais, Runner’s World

"The best novel ever written about running."--Runner's World

John L. Parker, Jr. has written for Outside, Runner’s World, and numerous other publications. A graduate of the University of Florida’s College of Journalism as well as its College of Law, Parker has been a practicing attorney, a newspaper reporter and columnist, a speechwriter for then Governor Bob Graham, and editorial director of Running Times magazine. The author of Once a Runner, Again to Carthage, and Racing the Rain, he lives in Gainesville, Florida, and Bar Harbor, Maine.

THE NIGHT JOGGERS were out as usual.

The young man could see dim figures on the track even in this pale light, slowly pounding round and round the most infinite of footpaths. There would be, he knew, plump, determined-looking women slogging along while fleshy knees quivered. They would occasionally brush damp hair fiercely from their eyes and dream of certain cruel and smiling emcees: bikinis, ribbon-cuttings, and the like. And then, of course, tennis with white-toothed males, wild tangos in the moonlight.

And men too of various ages and levels of dilapidation, perhaps also grinding out secret fantasies (did they picture themselves a Peter Snell held back only by fat or fear as they turned their ninety-second quarters?).

The young man stood outside the fence for a few moments while moths attacked the streetlight dustily, leaving him in a dim spotlight of swirling shadows. He loved early fall in Florida’s Panhandle. Leaves would be turning elsewhere but here the hot breath of summer held forth. In the moist warmth there was a slight edge, though, a faint promise of cooler air hanging in the treetops and close to the Spanish moss. He picked up his small travel bag and went in the gate, walking clockwise on the track toward the white starting post at the head of the first turn. The joggers ignored the stranger in street clothes and he likewise paid them no attention. They would always be there.

The high-jump pit had been rearranged, a new section of bleachers added, a water jump installed for the steeplechase. But mostly it looked the same as it did four years ago, the same as a four-hundred-and-forty-yard oval probably will always look to one who knows a quarter of a mile by the inches.

The Games were over for this time around. He knew quite well that for him they were over for good. Four years is a very long time in some circles; in actual time—real-world time, as that of shopkeepers, insurance sellers, compounders of interest, and so on—it is perhaps not long at all. But in his own mind Time reposed in peculiar receptacles; to him the passing of one minute took on all manner of rare meaning. A minute was one fourth of a four-minute mile, a coffee spoon of his days and ways.

As with many of the others, he had no idea what he would be doing now that it was all over. It was such a demanding thing, so final, so cathartic, that most of them simply never thought beyond it. They were scattered around the world now, he supposed, doing pretty much what he was doing at this moment: thinking everything over, tallying gains and losses.

He was going to have to pick up the thread of a normal life again and although he did not exactly know why, he had to start by coming back here, back to the greenhouse warmth of the Panhandle, back to this very quarter-mile oval that still held his long-dried sweat. Back to September, the month of promises.

He put his bag down by the pole-vault pit, looked uptrack to make sure no one was coming, and then walked up to the starting line. God, he thought, one more time on the line.

In lane one he stood very still, looking down at his street shoes (joggers now going around him with curious glances) and tried to conjure up the feeling. After a moment a trace of it came to him and he knew that was all there would be. You can remember it, he told himself, but you cannot experience it again like this. You have to be satisfied with the shadows. Then he thought about how it was in the second and third laps and decided that the shadows were sometimes quite enough.

He was twenty-six years, five months, and two days old, and though as he stood there on the starting line he felt quite a bit older than that, the muscles that rippled up and down inside his trouser leg could have only been the result, biologically speaking, of more thousands of miles than he cared to think about all at one time.

He tried to focus blurred emotions, a metaphysical photographer zeroing in on hard edges to align in the center square. What was this he was feeling now, nostalgia? Regret? His mind double-clutched, asked the musical question: Am…I…buhloooo?

He could not tell. He realized again how adept he had become at not being able to tell such things. His emotions had calluses like feet.

The starter would tell them to stand tall, so he stood tall for a moment there in the night. There would be the set command and then the gun. He took a deep breath and began walking into the turn in the familiar counterclockwise direction, the way of all races, and thought: the first lap is lost in a flash of adrenaline and pounding hooves…
Read more

4.5 out of 5 stars
4.5 out of 5
566 global ratings
How are ratings calculated?
To calculate the overall star rating and percentage breakdown by star, we don’t use a simple average. Instead, our system considers things like how recent a review is and if the reviewer bought the item on Amazon. It also analyses reviews to verify trustworthiness.

Sam
5.0 out of 5 stars Just what i needed
Reviewed in Australia on 15 September 2017
Verified Purchase
What a fantastic read, the author truely captures the essence of the runners self induced pain, and unstoppable obsession that is both his biggest flaw and greatest attribute.
Read more
Helpful
Report abuse

HGbones360
4.0 out of 5 stars Do it, its great.
Reviewed in Australia on 18 March 2017
Verified Purchase
This book is great. Highly reccomend reading of you are a runner.
Read more
Helpful
Report abuse
See all reviews

Ben
2.0 out of 5 stars Quite a slog...
Reviewed in the United Kingdom on 23 August 2018
Verified Purchase
As a runner, and a fan of books about running, I was looking forward to reading "Once a Runner" - particularly as fiction books on the subject are pretty rare and I knew this one was well-regarded. Unfortunately I found it extremely hard going - the quality of the writing was my main issue: Parker's style is far too lofty and overwrought. If only his writing style was a graceful as the running style of his characters in the book. The story also takes an awfully long time to get going. Overall - it was a difficult, quite hard work and I think I'll stick to reading non-fiction books about running in future!
Read more
Report abuse

Haynes
5.0 out of 5 stars A must read
Reviewed in the United Kingdom on 18 March 2017
Verified Purchase
The first novel by John L. Parker Jr in the series. Inspirational, motivational and a must read for all runners alike. I will be reading this again and again!
Read more
Report abuse

bill murray
5.0 out of 5 stars Super read if you know what it is like to make any effort to reach a goal through training.
Reviewed in the United Kingdom on 1 September 2013
Verified Purchase
Great read. If you have ever tried to train yourself to run any sort of distance goal and experienced the ups and downs this book will surely grip you.
Read more
Report abuse

Heidi M.
4.0 out of 5 stars Four Stars
Reviewed in the United Kingdom on 3 May 2015
Verified Purchase
Good read
Read more
Report abuse
See all reviews
Back to top
Get to Know Us
Make Money with Us
Let Us Help You
And don't forget:
© 1996-2021, Amazon.com, Inc. or its affiliates