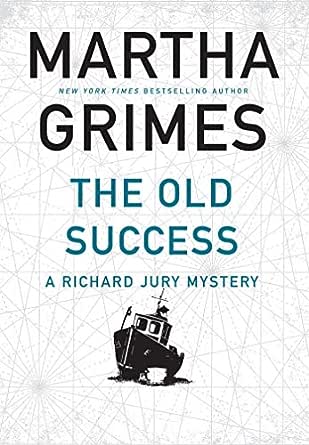 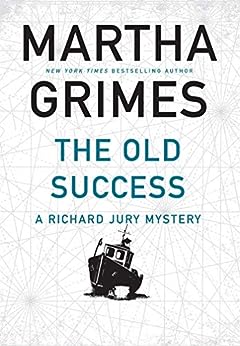 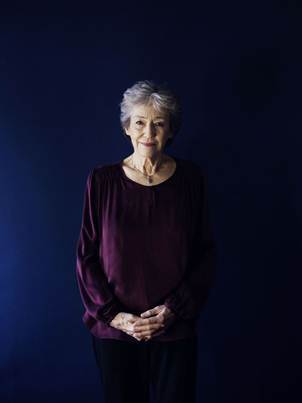 Praise for The Knowledge

"Martha Grimes delivers an outstanding police procedural...Readers will find it hard to put the book down; all will be drawn in from the first sentence. This may be Martha Grimes' finest Richard Jury mystery to date." --Bookreporter

"Jury's investigation centers on gem smuggling, tax dodging, and greed. The real mystery is how to find a cab drivers' pub, the Knowledge, so secret that even Scotland Yard can't force its patrons to reveal its location . . . Readers will appreciate the elements that have made this a long-running bestselling series, notably a complicated case and distinctive characters."--Publishers Weekly

"Grimes' twenty-fourth mystery starring Richard Jury gets off to a breakneck start . . . Jury's devoted readership will find much to enjoy."--Booklist

Praise for Martha Grimes and the Richard Jury mystery series:

"Delightful, surprising, even magical. They begin as police procedurals--someone is murdered, Jury investigates--but Grimes's love of the offbeat, the whimsical and the absurd makes them utterly unlike anyone else's detective novels . . . Although Grimes is American she has a wicked eye for English eccentricity . . . Original, civilized and witty novels that . . . truly are novel and, once come upon, they can become necessary."--Washington Post, on Dust

"Delicious . . . A prime example of Grimes' skill at balancing the serious with the lighthearted . . . Jury and his posse are terrific companions . . . Delightful."--Seattle Times, on Vertigo 42

"Intricate and entertaining . . . A delicious puzzle."--Boston Globe, on The Horse You Came In On

"The literary equivalent of a box of Godiva truffles . . . Wonderful."--Los Angeles Times, on The Stargazey

"Read any one [of her novels] and you'll want to read them all."--Chicago Tribune

"Grimes is not the next Dorothy Sayers, not the next Agatha Christie. She is better than both."--Atlanta Journal-Constitution

"Grimes is superlative at describing the physical world . . . And, when Grimes takes us into interiors, whether it's a posh country home or a down-at-the-heels flat, she is like Dickens in linking human character to habitat . . . A stellar series."--Kirkus Reviews, on Vertigo 42 --This text refers to the paperback edition.

Martha Grimes is the bestselling author of more than thirty books, twenty-four of them featuring Richard Jury. The recipient of the 2012 Mystery Writers of America's Grand Master Award, she lives in Bethesda, Maryland.

Steve West is an award-winning actor from London who began his career in theatre before beginning to work in television and film. Now, he works regularly as a voice actor for films, video games, animation, and audiobooks, of which he has recorded over 170 titles. A SOVAS Award winner and a multiple Earphones Award winner, he has received many accolades including being nominated for multiple Audies and being named an Audiofile and Romantic Times Best Romance Narrator of the Year. --This text refers to an out of print or unavailable edition of this title.

Ann Dixon
3.0 out of 5 stars Not as good as usual
Reviewed in Australia on 7 July 2020
Verified Purchase
I agree with other reviewers that this was somewhat confusing because of the numerous characters, and parts of the plot that did not seem relevant. Also it seemed that Jury was conducting an investigation without reporting in to his headquarters, and without any paperwork. The involvement of a retired police officer without any official standing wa a bit unlikely. Not as enjoyable as usual.
Read more
One person found this helpful
Helpful
Comment Report abuse
See all reviews from Australia

M. E. Urban
4.0 out of 5 stars ENJOYABLE BUT NOT HER BEST
Reviewed in the United Kingdom on 18 December 2019
Verified Purchase
As a great fan of the Richard Jury series, I so looked forward to this new addition. As usual, it was enjoyable and the usual "characters" appear, but the plot is not as intriguing as in previous books of this series. Still, it makes for a good read. I shall go back and read "The Knowledge" one more time and luxuriate in Ms Grimes turn of phrase which was brilliant in that book, read "The Old Success" once more to give it a fair run and await Richard Jury book 26!
Read more
2 people found this helpful
Helpful
Sending feedback...
Thank you for your feedback.
Sorry, we failed to record your vote. Please try again
Report abuse

Gwyneth Minter
3.0 out of 5 stars Not so good
Reviewed in the United Kingdom on 19 December 2019
Verified Purchase
Although I enjoyed this book, I was annoyed at frequent references to previous cases. I may have read the previous books, but if so it was so long ago that I can't remember them. Also comments about smoking in pubs and restaurants are not up to date so I couldn't decide whether this might be an old book re released. I have read previous Richard Jury/Melrose Plant books and enjoyed them and I know they are "idiosyncratic" but I found this disappointing, the plot was all over the place and I found the story difficult to keep track of
Read more
One person found this helpful
Helpful
Sending feedback...
Thank you for your feedback.
Sorry, we failed to record your vote. Please try again
Report abuse

Amazon Customer
3.0 out of 5 stars Not up to standard .
Reviewed in the United Kingdom on 27 December 2019
Verified Purchase
Got all of Richard Jury books and this was not up to standard . Characters I love only made fleeting appearances and the style suddenly has become very American . Kilometres not miles and places that are miles away suddenly becoming very close . No not the best but I can re read the older great books so no problem .
The famous saying if it’s not broken don’t fix it is very true . Stick to the successful formula and get the Richard Jury novels back on track !!!

nina
5.0 out of 5 stars Another success for Marta Grimes.
Reviewed in the United Kingdom on 1 May 2020
Verified Purchase
Thank you to NetGalley & Grove Books for this ARC. Love this book - the old gang are back plus a few old faces return. Lots of mentions to previous cases. Really looking forward to book 26!
Read more
Helpful
Sending feedback...
Thank you for your feedback.
Sorry, we failed to record your vote. Please try again
Report abuse

Mrs V B Williams
5.0 out of 5 stars Good quirky detective series
Reviewed in the United Kingdom on 5 December 2019
Verified Purchase
Love this writer, so I knew the characters. Good story, didn’t want it to end.
Read more
One person found this helpful
Helpful
Sending feedback...
Thank you for your feedback.
Sorry, we failed to record your vote. Please try again
Report abuse

Dragones
5.0 out of 5 stars A Good Read.
Reviewed in the United Kingdom on 24 February 2020
Verified Purchase
I always enjoy The Richard Jury series written by Martha Grimes.
Read more
Helpful
Sending feedback...
Thank you for your feedback.
Sorry, we failed to record your vote. Please try again
Report abuse

JohannaC
1.0 out of 5 stars Whatever happened to Ms Grimes?
Reviewed in Germany on 20 January 2020
Verified Purchase
The story reads like it's been written by someone else entirely. Either that, or Ms. Grimes lost all interest in her characters. The plot isn't very interesting, but in the older books of the series that did not matter, because the main characters were fun to read about, they developed over time, and one got 'close' to them. Nothing here - yes, they are all appearing, but they're dull, their banter is not spirited, they are without life. The only surprise is about horse racing and why one of the group of friends knows more about that than expected. Sorry to say it's not worth going on with this unless the writer gets back to her old form - I really hope she does. If not, stop writing please.
Read more
2 people found this helpful
Helpful
Sending feedback...
Thank you for your feedback.
Sorry, we failed to record your vote. Please try again
Report abuse

Luissa D
5.0 out of 5 stars Great book oin a great sequel - love it
Reviewed in Germany on 5 December 2019
Verified Purchase
Have been a great fan of Martha Grimes and her Long Piddleton crew for many many years - thank you for bringing us another favorite 😊
Read more
2 people found this helpful
Helpful
Sending feedback...
Thank you for your feedback.
Sorry, we failed to record your vote. Please try again
Report abuse

Charlene V. Meredith
1.0 out of 5 stars This book is terrible--and I have loved the Jury books
Reviewed in Canada on 12 May 2020
Verified Purchase
So did Ms. Grimes just give up? I have had so many hours of enjoyment with Richard Jury, though even at the best of times the prose is not stellar. But the plot and the characters drive the story forward. This book is a failure and provides no pleasure in reading. I am only sorry that I did not seek to return it in time to get a refund; I just forgot that refunds are available. Save yourself some time and do not buy this.
Read more
Helpful
Sending feedback...
Thank you for your feedback.
Sorry, we failed to record your vote. Please try again
Report abuse
Load more international reviews

Nadine
5.0 out of 5 stars Great mystery series
Reviewed in Canada on 5 December 2019
Verified Purchase
I enjoy reading this series very much and this book did not disappoint. Once again Martha Grimes wove an intriguing tale that kept me guessing until the end.
Read more
Helpful
Sending feedback...
Thank you for your feedback.
Sorry, we failed to record your vote. Please try again
Report abuse

The Chief
5.0 out of 5 stars A favorite
Reviewed in Canada on 22 November 2019
Verified Purchase
Love this series
Read more
Helpful
Sending feedback...
Thank you for your feedback.
Sorry, we failed to record your vote. Please try again
Report abuse

Willy Wonga
5.0 out of 5 stars A different writing mode for Grimes
Reviewed in Canada on 7 December 2019
Verified Purchase
A different style but the characters remain hilarious.
Read more
Helpful
Sending feedback...
Thank you for your feedback.
Sorry, we failed to record your vote. Please try again
Report abuse