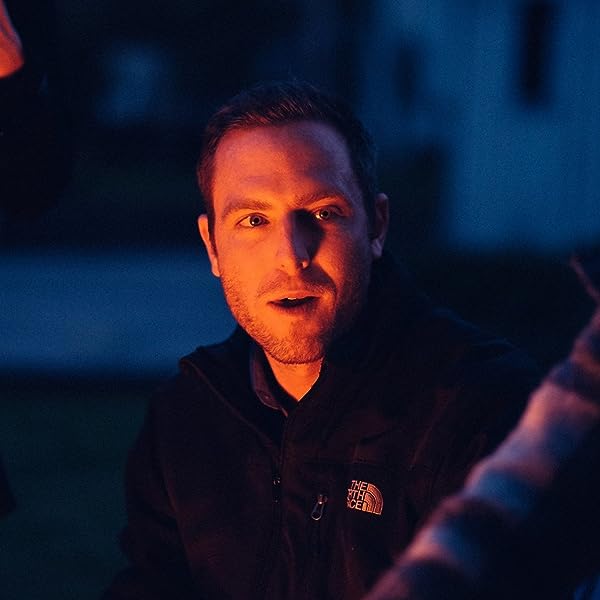 Stephen Markley is an author, screenwriter, and journalist. A graduate of the Iowa Writer’s Workshop, Markley’s previous books include the novel Ohio, the memoir Publish This Book: The Unbelievable True Story of How I Wrote, Sold, and Published This Very Book, and the travelogue Tales of Iceland. He lives in Los Angeles.

Daisydolittle
5.0 out of 5 stars Read this book
Reviewed in the United Kingdom on 23 January 2020
Verified Purchase
It’s funny how you are only a teenager for such a relatively short amount of time but it leave such a mark on the rest of your life. Ohio captures this perfectly. I don’t think I’ve read such a well written novel in a very long time. In many ways it reminds of John Irving, but more. Absolutely fantastic, and viscerally emotive. Just read it.
Read more
Report abuse

Sue Erickson
5.0 out of 5 stars Very good read
Reviewed in Canada on 15 November 2018
Verified Purchase
This was a fantastic novel. It was slow going at first but once you get into it , it is amazing.
The story will stay with me, beautifully written!

SpongeBob Fishpants
5.0 out of 5 stars Not a book for the faint of heart...
Reviewed in the United States on 24 March 2020
Verified Purchase
This is not an easy book and it's not a fun book. It's dark. The characters are not one-dimensional, not always likeable, and their defining traits sometimes flicker in and out or do not become clear until the end of the story. The setting, although it is Ohio, could be nearly any small town in America; the ubiquitous scabbed strip malls, abandoned industry, neighborhoods that range from storybook to nightmare, the cliques, and community glorification of high school sports are not in any way unique to Ohio. The mood varies from dim to downright dark, the plot is less mystery and more noir, and the language is likely to offend readers more suited to church or Amish romance novels.

All of this being said, the book moves like the river that features as nearly a character itself in the story, often lazily moving at a pace that is steady but that can be deceptively swift if you don't pay attention. And attention is key to this book. Skipping longer sections of prose because they are wordy will invariably mean you miss small details that prove key later on.

One caution I might make is with regard to the violence in the book. Some reviewers seemed almost offended at the amount and type of violence, as if it isn't something "nice" writers include. Sadly, abuse, neglect, drug abuse, overdose, physical and sexual violence, and murder are not tragedies that only occur in big cities. They occur in every community to varying degrees; and Markley's use of violence serves primarily to highlight the rise in crimes and deaths of despair in an America that is increasingly defined by the lost and abandoned hope in a society that was supposed to define exceptionalism but has failed by nearly every metric.

oldschool
1.0 out of 5 stars Ohio is vastly over-rated - and its publisher needs to hire a good copy-editor
Reviewed in the United States on 7 July 2019
Verified Purchase
I was shocked to discover the word "sherriff" on page 7. Where are Simon and Schuster's copy editors? That mistake yanked me out of the story - a story I was already losing because of too many of the writerly aspects of the author's style. There were torrents of words where a few would have been more powerful. There were too many "tells' when there could have been "shows." And there were aeons of cinematic gloss when there should have been moments of quiet language. Many contemporary writers need to study the quiet, clean and lacerating power of Ray Carver's work, and the brilliantly crafted work of Richard Powers and Robert MacFarlane.
Read more
2 people found this helpful
Report abuse

I like to read.
1.0 out of 5 stars Do not waste your time or money
Reviewed in the United States on 16 September 2019
Verified Purchase
Really horrible, bloated, narcissistic, oversexed, should be half of its 500 pages. The female characters are treated so horribly, it’s shocking, and made me feel sick. It really reads like some perv dude’s rape fantasy. I’m so mad I read the whole thing.
Read more
4 people found this helpful
Report abuse
See all reviews
Get FREE delivery with Amazon Prime
Prime members enjoy FREE Delivery and exclusive access to movies, TV shows, music, Kindle e-books, Twitch Prime, and more.
> Get Started
Back to top
Get to Know Us
Make Money with Us
Let Us Help You
And don't forget:
© 1996-2020, Amazon.com, Inc. or its affiliates