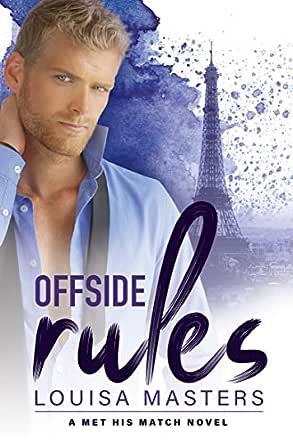 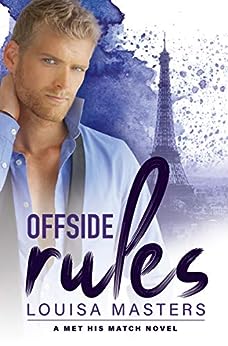 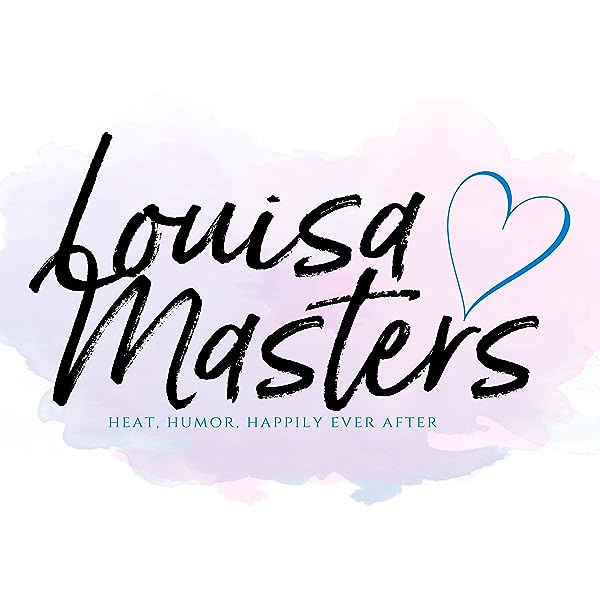 Newly retired championship football player Simon Wood is taking on his next challenge. His plan for a charity to provide funding for underprivileged children to pursue football as a career has passed its first hurdle: he has backers and an executive consultant. Now it’s time to get the ball rolling.
Lucien Morel, heir to the multibillion-euro Morel Corporation, is shocked—and thrilled—to learn his father has volunteered him as consultant to a fledgling football charity. Better yet, the brains behind it all is heartthrob Simon Wood, his teenage idol and crush.
Although Simon and Lucien get off on the wrong foot, it’s not long before they’re getting along like a house on fire—sparks included.
But with the charity under public scrutiny, can their romance thrive?

This second edition was previously published as The Athlete and the Aristocrat. No substantial changes have been made.

Louisa Masters started reading romance much earlier than her mother thought she should. While other teenagers were sneaking out of the house, Louisa was sneaking romance novels in and working out how to read them without being discovered. She’s spent most of her life feeling sorry for people who don’t read, convinced that books are the solution to every problem. As an adult, she feeds her addiction in every spare second, only occasionally tearing herself away to do things like answer the phone and pay bills. She spent years trying to build a “sensible” career, working in bookstores, recruitment, resource management, administration, and as a travel agent, before finally conceding defeat and devoting herself to the world of romance novels. Louisa has a long list of places first discovered in books that she wants to visit, and every so often she overcomes her loathing of jet lag and takes a trip that charges her imagination. She lives in Melbourne, Australia, where she whines about the weather for most of the year while secretly admitting she’ll probably never move.Website: www.louisamasters.comFacebook: www.facebook.com/LouisaMastersAuthorEmail: louisa@louisamasters.com

Such an enjoyable read! I loved book one but I think this one was better! Falling for your childhood crush is such a sweet trope and I loved it!! A passionate and powerful couple that complement each other in every way. An adventure across countries to create a soccer based charity for underprivileged kids and a path to fall in love. I loved the story, the characters, and the emotions. Louisa injected so much passion, care and love into this story I could feel it in every word. I felt for Si and Luc at every turn, every setback and every step forward. Just such a beautiful story!

So enjoyable! A fantastic group of characters and all the feels you could want!

bckutz
5.0 out of 5 stars Well written
9 January 2019 - Published on Amazon.com
Verified Purchase
I loved it! First, I like the way that she writes and have bought previous books from her. Second, I liked the fact that you saw more of characters from a previous book and they continued to be delightful. Lastly, I liked the premise of the book. I cannot recall reading another story to similar to this one - well done. I thought each main character was believable and their reactions to things that happened was authentic. I hope she continues to write about other characters because it was a true delight. Thanks for a lovely read.
Read more
2 people found this helpful

Barb (Paging Through The Days)
4.0 out of 5 stars Hot, Sassy and Enticing!
25 July 2019 - Published on Amazon.com
Verified Purchase
This is my first read from Louisa Masters and I have to say, I enjoyed the heck out of it. Lucien and Simon are great men, doing great things in life, working hard for themselves and the people around them. Simeon’s idea for a charity starts the balls a’rollin for these two very work oriented men.

Big hearts, big pockets and big love is what you get with this story. It’s emotional, heavy, light and a whole host of emotions that have you cycling back and forth. The men, both overly dedicated to this new projects throw themselves at it, hitting the ground running and as they do, working side by side, a bond starts to form between them.

Lust and love have nothing on them. They take it, use it, own it and in the end, it’s the best choice they could have ever made.
Read more

Cat of Cat's Books: Romance Blog and Themepark
4.0 out of 5 stars Fun!
10 February 2019 - Published on Amazon.com
Verified Purchase
Aww. This is a super fun quick romance with the joy of a retired athlete and super rich hero tropes all mixed up.

Both heroes and their friends and families are great as well.

I really liked them both and went and bought the last book in the series at once.

ROROBLUSMUM
2.0 out of 5 stars A DNF at about 47%. Asks (British) readers to suspend disbelief far too much.
2 January 2019 - Published on Amazon.com
I always like books that are set in the UK and/or feature Brit leads, and I always hope that they're done correctly. This one started off requiring some suspension of disbelief, but as I read on, I couldn't cope with how unrealistic it was, how absent the 'romance' felt. I was disappointed, as I'd been looking forward to an 'intelligent footballer' book, as those guys often aren't portrayed as the brightest of lads and get a lot of flack, and the premise of the tale sounded great. I mean, in the UK in recent (20-odd) years, only *one* footballer has been credited with being more than a guy with skills with a ball. And, more than a few do stuff for charities, but don't get a lot of good press, so this had potential to be a pretty one-of-a-kind tale.

Unfortunately, I soon found it irritating that the author hasn't done her research, seemingly (e.g, unless you're from Essex or, once upon a time, from the old East End of London, Brits don't use 'mate' that often, unlike Aussies seem to, maybe?/Championship footballers don't earn that much, and aren't really well known; they're not celebs - I think the author meant Premiership?/there are English, Welsh and Scottish accents, and not one collective British accent/Brits can't fly outside of the UK without passports, not even into the EU/charities and foundations can't be set up as quickly and easily as the author makes out, etc., etc.), but the tale had a decent foundation to it, pun unintended, and so I persisted. In the end, there were just too many instances of eye-rolling stuff.

There were a lot of name-dropped characters in this, and it made me wonder if they were leads from a previous tale, as the author was kind of heavy-handed with her hints, but it didn't feel like the guys, or the premise that introduced them, were essential to this book. Too much was made of the Ben character, which got irritating, as if the wealth and the arrogance of the upper classes were being made much of, but for no discernible reason other than to hint at a book. 'Le Louis XV' was mentioned a lot of times too much, and it made me think that this was the only thing the author had bothered looking into to situate the tale in Monaco. And, I'm pretty sure Leo is not a French name, despite the character bearing the name supposedly being French.

The leads had one feels-faux encounter in a kitchen, I think, despite talk of needing to work together and be professional, and jeopardising their reps and the charity, and yet next thing they had become f-buds (off page) and were allegedly becoming more, which I did not see (off-page again), read or feel. And when it came to them taking a romantic trip to Venice, and the Luc/Luci convo, I couldn't suspend disbelief any more, sorry.

I received an ARC, a review was not a requirement.
Read more
2 people found this helpful

Laura
4.0 out of 5 stars "An Amazing Story Filled With Love, Hope, and, Strength..."
20 January 2019 - Published on Amazon.com
The Athlete and the Aristocrat (ARC) was graciously provided to me by Hot Tree Promotions for an honest review. I have voluntarily read this book and have provided my honest opinion.

An emotionally surprising, heart-warming, wonderful read with gripping and hopeful moments, rounded with absolutely amazing, gush-worthy characters, all set within gorgeously diverse settings has left this reader craving for more from this addicting series.

Ever come across a story that takes you by surprise with a force similar to that of a powerful bolt of lightening? Yeah, I just had one of those..

Having the opportunity to read through a series that has quickly become a must-read for me, I welcomed the chance at reading the next book from this series. As the giddiness from reading The Bunny and the Billionaire, by Louisa Masters still had been roaming thorough my mind, I was clearly very eager to read the next story. Needlessly to say, The Athlete and the Aristocrat did not disappoint. I loved it! I had a feeling I would, but, it all-of-a-sudden came at me like that lightening bolt, and it had shocked and quite frankly stunned me at how the plot actually came together by the end. It's lengthy and detailed plot, the admirable, dedicated, and sexy main characters, the truly amazing secondary characters, and the gorgeous settings all took me for quite the ride.

Man-oh-man.. did this story take me by surprise, like a slowly moving strike of a snake, I was ensnared by its intriguing and emotional plot. With an interest in sports, I was extremely interested in the plight of the main characters and was able to hold my emotions in check, barely, as I read through their journey with its heart-breaking purpose. I was glued to the pages of my kindle as the twists and turns came at me with their own purpose and destination. I loved the incorporation of the multiple sub-plots which seemed to each have a beautiful mind of their own. And then the ending..through crocodile-tears and unfounded giddiness, I found myself cheering, and, jumping for joy for such an incredible feat that had that tint-of-surprise that had me re-reading it immediately..

Even though the storyline was such an emotionally full-filling one, there were some parts of the plot that despite either being hidden or completely glanced over, and even though this reader completely recommends The Athlete and the Aristocrat, by Louisa Masters, I had wished for further development in these particular areas.

As a whole, even though it had also contained a seemingly lengthy plot with a somewhat slow pace, it's characters had brought this amazing sort of transformation that had brought the storyline to a whole new level that hadn't originally been evident. For this reason, I absolutely loved how it all developed into quite the heart-warmingly beautiful and fulfilling story.. I absolutely loved it..:)

*star rating: 4.10 'I really liked it' stars*
Read more
One person found this helpful
Go to Amazon.com to see all 10 reviews 3.8 out of 5 stars
Get FREE delivery with Amazon Prime
Prime members enjoy FREE Delivery and exclusive access to movies, TV shows, music, Kindle e-books, Twitch Prime, and more.
> Get Started
Back to top
Get to Know Us
Make Money with Us
Let Us Help You
And don't forget:
© 1996-2020, Amazon.com, Inc. or its affiliates