Skip to main content
Off Duty (The Off Series Book 7) and over 1.5 million other books are available for Amazon Kindle . Learn more
Share <Embed> 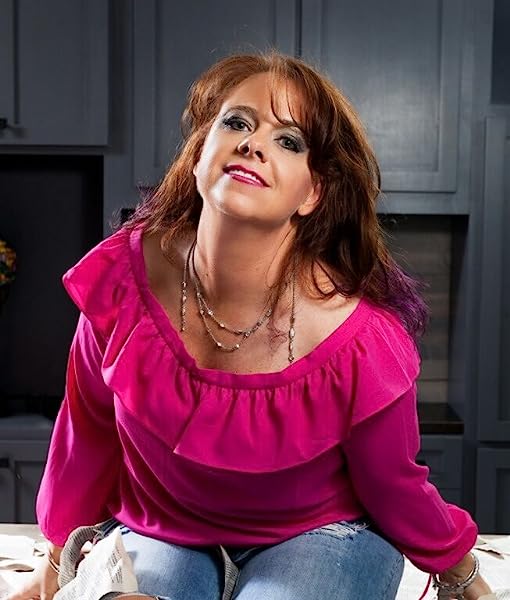 Start reading Off Duty (The Off Series Book 7) on your Kindle in under a minute.

NicShef❤️Reading
TOP 10 REVIEWER
5.0 out of 5 stars Such a delightful surprise
Reviewed in Australia on 22 July 2015
Verified Purchase
I really loved this book. Every element is enjoyable, long lost loves, a gorgeous 5 year old, mixed race - all of it is really fantastic. The chemistry is off the charts and the love is real. A quick, fabulous read and oh so well written as only Sawyer Bennett can do. It's easily read stand alone as the rest of the "off" series is quite different. Highly recommended
Read more
One person found this helpful
Helpful
Report abuse

NOTE: OFF DUTY can be found in the anthology NIGHT SHIFT anthology: Dirty Things Happen in the Dark

Told from alternating first person points of view (Tim and Holly ) OFF DUTY is a second chance storyline about two people who were torn apart ten years earlier by racism and a bigot for a father. Tim and Holly were high school sweethearts who in the blink of an eye found themselves separated by the racist ideals of Holly’s father. Tim is an African American male and Holly’s dad forcibly removed Tim from his daughter’s life. Fast forward ten years, Tim is now a divorced dad with a five year old son, and reconnects with the now Dr. Holly Reynolds while on vacation in New Orleans, Louisiana.

The secondary and supporting characters include Tim’s sister Denise, and Tim’s son Sam. And in the background, there is a little Flynn Caldwell for OFF series cohesion.

OFF DUTY is a fun, romantic and quick read; a novella that sees Firefighter Tim Davis finally find his happily ever after. Sawyer Bennett does what she does best writing happily ever afters for everyone to enjoy.
Read more
One person found this helpful
Helpful
Report abuse
See all reviews

vickles666
4.0 out of 5 stars Great HEA read
Reviewed in the United Kingdom on 14 May 2016
Verified Purchase
All the books in this series are great and they are all so different.
Read more
Report abuse

Shelley Haase
5.0 out of 5 stars Reunited Love at its best!
Reviewed in the United States on 25 July 2015
Verified Purchase
Off Duty is book 7 of Sawyer Bennett's Off series. It is a a novella and can be read as a stand alone. If you have read the other books in this series you will not be disappointed as you will get a few snippets of previous characters from other stories in this series. Not reading the other books in this series will in no way hinder your experience with this teriffic novella.

You first meet Tim Davis and his son Sam in book 5 (Off Chance) in the Off Series. He is a firefighter for the New York City Fire Department. He is a single father who is on vacation in New Orleans visiting his sister. The last thing he expects to find on vacation is his first love, Holly Reynolds. They ended things abruptly ten years ago and he never expected to see her again.

Since Holly has last seen Tim, she is determined to change the way she lives her life. She can only hope that Tim will forgive her for what happened between them in the past.

I really enjoyed the chemistry and connection between the characters in this story. I fell in love with them from the start and could not help but want more. Sawyer Bennett is a phenomenal writer who captivates me from the first few pages and does not let go. This novella continues true to form. I will definitely read more from this series if there are any more released!
Read more
Report abuse

Tami Talbert
5.0 out of 5 stars Fantastic second chance romance. #loveislove
Reviewed in the United States on 9 February 2021
Verified Purchase
I’ve only read a couple of the books from this series, but Off Duty was easily read without having done so. I loved Tim and Holly (and Sam) from the moment I met them. Despite the short length of this story, Sawyer Bennett does a fantastic job of painting a complete image of their romance and bringing it quickly to life on the pages. The only thing I could have wished for was spending more time with them. #loveislove
Read more
Report abuse

Jamie Casey
3.0 out of 5 stars Meh.
Reviewed in the United States on 11 August 2015
Verified Purchase
This novella was just ok for me. Maybe because it was so short that it's hard to get really attached and invested in the characters.

Tim and Holly. Although they've been apart for years, having been high school sweethearts pushed apart by a prejudice and bigot of a father they cross paths again in a New Orleans emergency room where Tim's son has broken his hand and Holly is the attending physician.

Fast forward and they are back together again in New York City and her father apologies for the wrongs committed years ago.
Read more
2 people found this helpful
Report abuse

JanetG
5.0 out of 5 stars Not just a Great Story
Reviewed in the United States on 28 July 2015
Verified Purchase
First and foremost this is a sweet sexy love lost but found. Separated by the most heart breaking stupid reason, two young lovers, now adults come face to face and find that sometimes lost first love is easy to recover and ignite than one might think. Holly and Tim are pulled apart by actions and words by her racist father when these two are in high school but are brought back together by a random accident.
I loved this story and it's a bit more than that. I think Sawyer has given us our thought for the day, or rather for a lifetime ... LOVE HAS NO COLOR!!
Buy this book and read it and have it warm your heart like it did mine! ❤️❤️❤️❤️❤️❤️
Read more
Report abuse
See all reviews
Back to top
Get to Know Us
Make Money with Us
Let Us Help You
And don't forget:
© 1996-2021, Amazon.com, Inc. or its affiliates