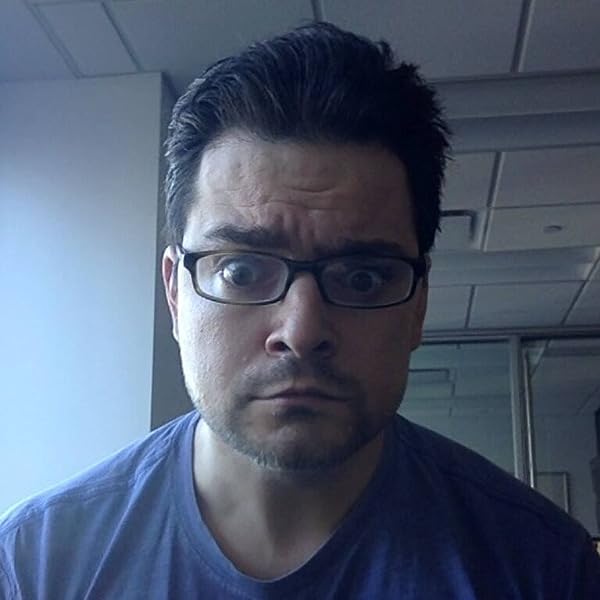 Off the Back of a Truck: Unofficial Contraband for the Sopranos Fan Hardcover – 6 January 2021

Page 1 of 1 Start overPage 1 of 1
Previous page
Next page
Start reading Off the Back of a Truck on your Kindle in under a minute.

“According to radio and TV producer Braccia, this grab bag of ephemera about HBO’s Sopranos “isn’t a guide, it’s a party.” That description is largely correct, given that the book does not march from season one to six, but jumps all over in its eagerness to study aspects of the show’s 86 episodes. He discusses the socioeconomics of the series (referring to the characters as “the Italian-American Mafia’s B-team at the turn of the millennium”), the history of director and producer David Chase’s career (he wrote for The Rockford Files), and the show’s influences (Chase drew from David Lynch to write the show’s dream episodes). The writing of Braccia and a couple contributors—chef Eddie McNamara’s passionate defense of Italian American “red sauce” cooking is a gem (“Food is my favorite character on The Sopranos,” he writes)—are vibrant and astute enough to avoid full fanboy gushing. . . . At its best, this book slices and dices Sopranos lore with humor, insight, and unabashed devotion.”—Publishers Weekly

“I'm wrapping up my Sopranos rewatch. Sadly, all good things must come to an end. Luckily, when it comes to The Sopranos, there's plenty of ways to extend my passion. I'm immersed in Nick Braccia's Off the Back of a Truck: Unofficial Contraband for the Sopranos Fan , which offers all the listicles, hard-hitting essays, and fun trivia any devotee could desire, and more.”—Liz French, Library Journal

"More delicious than a slice of gabagool and ten times funnier than a screening of Cleaver, Off the Back of a Truck is an absolute must-read for any Sopranos super-fan. Insightful, witty, and astoundingly detailed, Nick Braccia's guide to the life and maybe-death of Tony Soprano is the next best thing to a trip to the Bada Bing."—Barry Hertz, Film Editor at The Globe and Mail

“A dynamic assemblage of dead-on insights and observations about The Sopranos…. For fans, this is better than a bowl of Artie Bucco’s ziti. In the introduction, Braccia gives readers permission to bounce around, which is refreshing…. It would be easy to label this collection as fanboy material, but the writing—Braccia’s [contributor] “friends” include professors, psychiatrists, film and TV writers, and filmmakers—is incisive in its dissections of the show’s elements. Wrapping up with a morgue’s worth of the story’s victims and the contributors’ favorite episodes, the book organically ends with a group conversation about the show’s most infamous episode, “Made in America.” Cut to black. An entertaining and engaging virtual watch party for a show that changed TV forever.”—Kirkus

Nick Braccia is a Cannes Lions– and Clio–winning writer, director, and producer. In 2018, he cocreated and coexecutive produced the horror podcast Video Palace for AMC Network’s streaming service Shudder. While working at the marketing agency Campfire, he helped to develop immersive, narrative experiences for TV shows like Outcast, Sense8, Watchmen, The Man in the High Castle, Westworld, and The Purge. Braccia is a member of the Producers Guild of America and lives in Manhattan with his partner, Amanda, and daughter, Evie Blue.

Chapter I: The Families
CHAPTER I The FAMILIES
Eighty-six episodes of The Sopranos aired on HBO from January 10, 1999, to June 10, 2007. Across its six seasons, we meet hundreds of characters, from Salvatore “Big Pussy” Bonpensiero (Vincent Pastore) to producer Bernie Brillstein, who plays himself in one of the DiMeo crime family’s executive card games. While we watch Tony Soprano (James Gandolfini) navigate his tumultuous home life, we also keep tabs on the ever-evolving dynamics within two Mafia families (New Jersey’s DiMeos and New York’s Lupertazzis) and their internal factions. These frequently shifting collectives are rife with betrayals, murders, reentries into society, and fresh indictments.

There’s a reason why the FBI uses big thumbtack boards that they plaster with mugshots, index cards, string, and Sharpie scribbles—there’s a lot of sausage to juggle! We’ve constructed this chapter to provide orientation (or reorientation) to the hierarchies in place at the beginning of each season as well as the new ones that emerge at season’s end, once the body count is tallied and the smoke has cleared. As you read through this book, you can always flip back to this chapter for a reminder as to who works for whom and when characters get promoted or planted.

4.8 out of 5 stars
4.8 out of 5
93 global ratings
How are ratings calculated?
To calculate the overall star rating and percentage breakdown by star, we don’t use a simple average. Instead, our system considers things like how recent a review is and if the reviewer bought the item on Amazon. It also analyses reviews to verify trustworthiness.

Amazon Customer
5.0 out of 5 stars Not your typical fan book
Reviewed in the United States on 18 December 2020
Verified Purchase
This book not only has a lot of “Remember When” but is a deep dive into the soul of this beloved series. Nick Braccia and his guest writers don’t look at this as a trip down memory lane, but more of a thesis worthy of a PHD candidate, from the analysis of Dr. Melfi as a professional, complete with an interview by Nick with Ana cruel Psychologist, to how each song was meticulously placed by David Chase to set a future event, or to be the inner dialogue of the character. Unique chapters like a complete ranking system of all 92 deaths of major and minor characters, and also deep dives into the souls of the cast, and how early episodes set up future events. There is a chapter about possible films that David Chase used for inspiration and how certain shots and camera angles sho a change into a characters personality. If you saw the series only once, or know each line by heart, I can’t recommended this book enough, any fan of the show will have an “oh shit” moment when they see how to unrelated events are tied together. I enjoyed the book so much, that I had to read it over the course of a week because I wanted to savor it. Get the book and be prepared to rewatch your favorite episodes in a whole new light and see the brilliance and nuance around the great acting and dialogue.
Read more
5 people found this helpful
Report abuse

Judith A Groff
5.0 out of 5 stars Good book
Reviewed in the United States on 26 January 2021
Verified Purchase
I gave this to my son for Christmas. I think he enjoyed it.
Read more
One person found this helpful
Report abuse

Nicole Garrett
5.0 out of 5 stars Must have if Sopranos fan.
Reviewed in the United States on 8 January 2021
Verified Purchase
This is a must for any Sopranos fan. From Family trees to episode breakdowns and breaking down crimes mob talk, your Sopranos library would be incomplete without it. Now go get a copy! Capice?
Read more
One person found this helpful
Report abuse
See all reviews
Back to top
Get to Know Us
Make Money with Us
Let Us Help You
And don't forget:
© 1996-2021, Amazon.com, Inc. or its affiliates