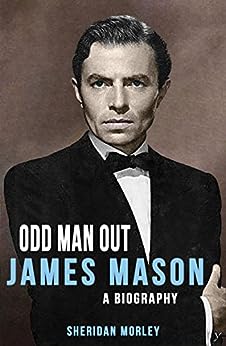 Sheridan Morley (1941-2007) was the third generation of a celebrated theatrical family. His father was Robert Morley, the character actor, and his grandmother was Gladys Cooper, in her youth one of the great beauties of her day and a much sought-after actor in Britain and Hollywood. Sheridan was also a cousin of the actress and presenter Joanna Lumley and brother-in-law of the actor Robert Hardy. Morley joined The Times as deputy features editor in 1973, and then Punch in 1975 as drama critic and arts editor, remaining with the magazine until 1989. In the late 1980s, he became a regular arts diarist for The Times and was its TV critic from 1989 to 1990. He worked as drama critic for the Spectator from 1990 to 2001, and after a short period at the New Statesman, he joined the Daily Express in 2004. He married his first wife, Margaret Gudejko, in 1965, and they had three children together. He married his second wife, Ruth Leon, in 1995. He authored a number of books including A Talent to Amuse: A Life of Noel Coward (1969); Gladys Cooper (1979); The Hollywood Raj (1983), The Other Side of the Moon: The Life of David Niven (1985), Odd Man Out: James Mason (1989) and Robert: My Father (1993). These are now all republished by Dean Street Press. --This text refers to the paperback edition.

4.0 out of 5 stars
4 out of 5
80 global ratings
How are ratings calculated?
To calculate the overall star rating and percentage breakdown by star, we don’t use a simple average. Instead, our system considers things like how recent a review is and if the reviewer bought the item on Amazon. It also analyses reviews to verify trustworthiness.

Lit picker
3.0 out of 5 stars A talented, underappreciated actor.
Reviewed in Australia on 7 March 2021
Verified Purchase
This is a well researched, well documented narrative of the actor's life. It also creates a sympathetic yet balanced portrait of a complex man.
Whenever one of his films pop up in front of me in future l think that l will be more observant and notice the nuances of his performance. In an era when the overblown styles of Olivier and Burton were considered quality acting his was often underrated, despite receiving three Oscar nominations.
If you like good acting more than film star vehicles and are interested in this movie era then l think you will find this biography worthwhile.
Read more
Helpful
Report abuse
See all reviews

Mr. Othniel Smith
3.0 out of 5 stars Solid but unspectacular
Reviewed in the United Kingdom on 12 June 2019
Verified Purchase
One of a series of showbusiness biographies written by the late Sheridan Morley - this is available (at the time of writing) as a free download.

It follows James Mason (1909-1984) from a privileged childhood in Yorkshire, through his development of a vague interest in acting to Hollywood stardom, via a largely unsuccessful theatre career in Britain, a number of P.R. missteps, and several undistinguished films.

Journalistically rigorous rather than psychologically probing, with lengthy contributions from a number of the actor's friends, and extracts from his own writings, Morley pins down Mason's faintly distracted on-screen demeanour, and paints a portrait of an essentially private man who was almost embarrased by his devotion to his art. One is surprised, however, when the author points out that relatively few of the hundred or so films in which Mason starred were bona fide classics.

This is a brisk read, and I hungered for a closer examination of some of his most iconic roles. Solid but unspectacular; rather like its subject.
Read more
Report abuse

Pravda
2.0 out of 5 stars I wanted to know about James Mason so I bought this book....
Reviewed in the United Kingdom on 28 January 2020
Verified Purchase
This was the most soulless version of a mans life I have ever read.
It was boring with a capital "B"
Yes, I appreciate that he may have been a bit of a nitwit with missed opportunities and a bit too full of his own self importance, but I am still at a loss as to what made James Mason tick.
A very shallow account, best avoided.
Read more
One person found this helpful
Report abuse

Lady bookworm
4.0 out of 5 stars A private man in a public role.
Reviewed in the United Kingdom on 9 April 2019
Verified Purchase
Enigmatic, with an air of mystery, James Mason, whom some people regarded as the best screen actor of his generation, is here shown to be much more than his screen character ever disclosed. He comes over in this biography as kind, a real gentleman with a tortured side which was at odds with the characters he played. For many years ostracised by his family because he refused to take any part in World War II and registered as a conscientious objector, a move which took courage to carry out. An interesting biography, well written by Sheridan Morley, but sadly no photographs which would have made it more complete.
Read more
Report abuse

Miss Havisham
3.0 out of 5 stars Readable but lacks a feel for the subject
Reviewed in the United Kingdom on 29 December 2018
Verified Purchase
Morley never quite got to grips with Mason as a person or as an actor. The kindle edition lacks all of the pictures from the print edition.
Read more
2 people found this helpful
Report abuse
See all reviews
Back to top
Get to Know Us
Make Money with Us
Let Us Help You
And don't forget:
© 1996-2021, Amazon.com, Inc. or its affiliates