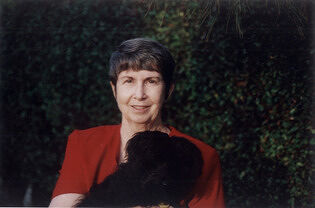 Octopuses One to Ten Hardcover – 1 November 2016

by Ellen Jackson (Author), Robin Page (Illustrator)
5.0 out of 5 stars 10 ratings
See all formats and editions
Sorry, there was a problem loading this page. Try again.

Dive into this fascinating counting journey through the amazing and mysterious world of octopuses.

Everyone knows octopuses have eight arms. But did you know that they have three hearts and nine brains? This intriguing exploration of octopuses goes through numbers one to ten, with a snappy rhyme and fascinating octopus facts for each number. The book also includes octopus crafts and activities for more learning fun!
Read more
Previous page
Next page

Octopuses of all sizes dwell in this simple but enjoyable counting book. Besides having eight arms and three hearts, octopuses also have intelligence, blue blood, and the fascinating ability to camouflage. Combining simple counting rhymes (“Six strong arms can help them grab/shrimp, lobster,fish, and crab”) and brief paragraphs expanding on different subjects(“Octopuses catch prey with six of their eight arms”), this colorful work is valuable as a read-aloud and for information-seeking youngsters. Muted watercolors emphasize the incredible movement and color of octopuses, and highlighting numbers in bold helps to reinforce the counting exercise.Illustrations one through nine depict the giant Pacific octopus. Following the 10th entry, an additional nine other species, each with its own page, are introduced (“Here are ten that you might meet…”). The information presented(behavior, biology, lifespan, and habitat) is well rounded; however, the octopuses’ three hearts are mentioned and described, but their purpose and function are not explained. Several simple craft projects (toilet paper–roll octopus, octopus-themed snacks) are offered. VERDICT Useful for introductory science programs featuring this less-well-understood sea dweller. -- School Library Journal ― June 1, 2016

Count the ways that octopuses surprise!Jackson (Beastly Babies, 2015) and Page (A Chicken Followed Me Home, 2015) team up to offer an engaging presentation of 10 fascinating facts about a curious creature. Organized numerically, their points are introduced in rhyme. Each spread includes both a couplet—"Octopuses! They're so fine. / You have one brain—they have Nine!"—and a narrative paragraph providing further information, as well as an image, usually of a giant Pacific octopus. There is solid research reflected in the details, and the endmatter provides further text and web-based resources, including titles for both children and adults. The facts will be surprising to readers and listeners. They include where octopuses live, their internal and external physical characteristics (three hearts, nine brains!), arm specialization, ways they avoid predators, lifespan and egg laying, feeding, and the designation of Oct. 8 as World Octopus Day. Two-legged walking (the second fact) has not been seen in every species. Fans of Page's work with her longtime collaborator Steve Jenkins will recognize and appreciate the clean design; digitally created images appear on a plain background of black, white, blue, or sea green. The count-up concludes with descriptions of 10 different octopus species, with sizes shown in silhouette next to a human body or hand. The appended octopus crafts and treats are unnecessary. An appealing introduction for preschool and storytime. (Informational picture book. 3-7)  -- Kirkus Reviews ― 6/15/16

Introducing octopuses, this lively book opens its first 10 double-page spreads with rhymed couplets featuring the numbers from 1 to 10. Each couplet is accompanied by a paragraph of related information in smaller print. Kids may be surprised to learn that octopuses have three hearts or that they use two of their “legs” for pushing off and three of their “arms” walking and catching prey. Octopus fans will want to celebrate on October 8, World Octopus Day. The tenth verse leads off the volume’s second section, introducing 10 different species, one per page. With the look of cut-paper collage, the digital pictures are varied, colorful, and often striking. Large scenes featuring the giant Pacific octopus demonstrate concepts in the first half of the book, while in the second half, the illustrations show how different octopuses can be in size, shape, and coloration. The last double-page spread features illustrated directions for making four simple octopus crafts and treats. An attractive introduction to these fascinating creatures. — Carolyn Phelan -- Booklist ― 7/1/16

In this octopus-themed book that counts from one to 10, Jackson (Beastly Babies) offers gentle rhymes that explore the animal’s characteristics and habits (“They can wander where they please, swimming through the seven seas”); supplemental paragraphs elaborate on the ideas introduced (“Every ocean of the world, from the shallow coastal waters to the depths of the sea, is home to at least one species of octopus”). Page’s (A Chicken Followed Me Home!) digital art, which resembles torn-paper collage, provides a sense of fluid, underwater movement while highlighting the striking diversity of octopus species, including the webbed blanket octopus and venomous blue-ringed octopus. Craft ideas are included. Ages 2–8. -- Publishers Weekly ― June 27, 2016

Ellen Jackson is the award-winning author of more than fifty-five fiction and nonfiction books for children, including The Mysterious Universe (a Golden Kite honor book) and Earth Mother (which garnered three starred reviews). She lives with her husband and dog in Santa Barbara, California.

Robin Page has written and illustrated several picture books, including the 2003 Caldecott Honor recipient What Do You Do with a Tail Like This?, which she created with her husband Steve Jenkins, and A Chicken Followed Me Home! and Seeds Move!, which she both wrote and illustrated. Robin and Steve live in Boulder, Colorado.
Start reading Octopuses One to Ten on your Kindle in under a minute.

Brandi Banks
5.0 out of 5 stars Great details and picturesS
Reviewed in the United States on 15 April 2021
Verified Purchase
This is my son’s favorite book about octopuses. He’s 3 and loves the pictures and all the facts. The list of different octopuses in the back is great too.
Read more
Report abuse

Suesabelle
5.0 out of 5 stars Charming book
Reviewed in the United States on 12 November 2018
Verified Purchase
My son is obsessed with octopuses. We own 5 books and this is one of the best. Beautiful illustrations and cute story.
Read more
Report abuse

Toney
5.0 out of 5 stars Wonderful book for kids.
Reviewed in the United States on 9 December 2018
Verified Purchase
Delightful book! My octopus loving daughter adores this book. It's simple and informative. We read it at bedtime and she loves it.
Read more
Report abuse

Maureen O'Hara
5.0 out of 5 stars Awesome Octopus Counting book
Reviewed in the United States on 4 January 2018
Verified Purchase
My class loves octopi! This Counting book was great for my PreK 4 class! It combines counting with their favorite animal -the octopus.
Read more
Report abuse
See all reviews
Back to top
Get to Know Us
Make Money with Us
Let Us Help You
And don't forget:
© 1996-2021, Amazon.com, Inc. or its affiliates