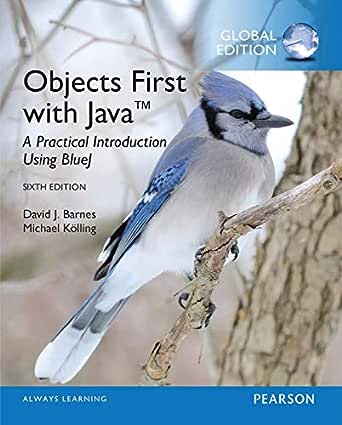 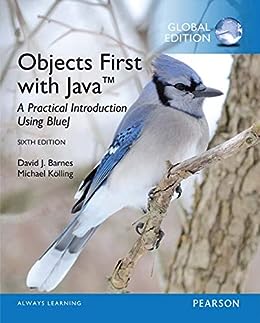 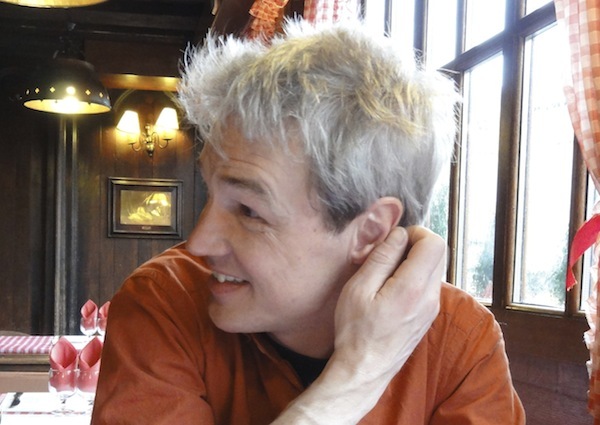 
A Modern Approach to Functional Programming

The first chapters are written for students with no programming experience with later chapters being more suitable for advanced or professional programmers. The Java programming language and BlueJ–the Java development environment – are the two tools used throughout the book. BlueJ's clear visualization of classes and objects means that students can immediately appreciate the differences between them and gain a much better understanding of the nature of an object than they would from simply reading source code. Unlike traditional textbooks, the chapters are not ordered by language features but by software development concepts.

The Sixth Edition goes beyond just adding the new language constructs of Java 8. The book’s exploration of this new language demonstrates a renaissance of functional ideas in modern programming. While functional programming isn’t new in principle, it’s seen a boost in popularity based on the current computer hardware available and the changing nature of projects programmers wish to tackle. Functional language constructs make it possible to efficiently automate currency, make use of multiple cores without much effort on the side of the programmer, are both more elegant and readable, and offer great potential in solving the issue of parallel hardware. Functional programming has become an essential part of the field, and Objects First with Java gives students a basic understanding of an area they’ll need to master in order to succeed in the future.

The book has clear and precisely targeted chapters that run you through object orientated programming with BlueJ. You will have a small conversation to say Eclipse or Netbeans, however, this book really made me appreciate the power of BlueJ. It readable, it's in a compact form that packs so much in a smallish form factor, easy to travel with. Barnes & Kollig make a good addition to any student's collection. However, I would advise the student to use this book before the course work starts. The diagrams and project based work really helped me prepare for the actual course work, the goals of which were to teach the fundamentals of OOB.

Worth every penny..Paul C
Read more
4 people found this helpful
Helpful
Sending feedback...
Thank you for your feedback.
Sorry, we failed to record your vote. Please try again
Report abuse

Amazon Customer
3.0 out of 5 stars Good book but not worth the price
Reviewed in the United Kingdom on 18 September 2018
Verified Purchase
It's a nice book. It could be priced at 20 pound if printed in black-and-white. It's just seems like all of your money is paid for the color printing and magazine-like paper. Wouldn't buy it if it isn't a recommended textbook by University.
Read more

Hamzah Adam
5.0 out of 5 stars Five Stars
Reviewed in the United Kingdom on 16 February 2017
Verified Purchase
Amazing up to date book, with all chapters on Java. Really helps with university work.
Read more
One person found this helpful
Helpful
Sending feedback...
Thank you for your feedback.
Sorry, we failed to record your vote. Please try again
Report abuse

Chris Small
5.0 out of 5 stars Excellent
Reviewed in the United Kingdom on 2 December 2018
Verified Purchase
Excellent book. Just what I needed
Read more
Helpful
Sending feedback...
Thank you for your feedback.
Sorry, we failed to record your vote. Please try again
Report abuse

Augusto
2.0 out of 5 stars Two Stars
Reviewed in Canada on 25 July 2017
Verified Purchase
Overpriced, There's nothing extraordinary in this book that justifies the price.
Read more
One person found this helpful
Helpful
Sending feedback...
Thank you for your feedback.
Sorry, we failed to record your vote. Please try again
Report abuse

IDREES
5.0 out of 5 stars amazing
Reviewed in Germany on 28 June 2018
Verified Purchase
this books really help you from the beginning, be sure to make all of the practices for good result. bol
Read more
Helpful
Sending feedback...
Thank you for your feedback.
Sorry, we failed to record your vote. Please try again
Report abuse