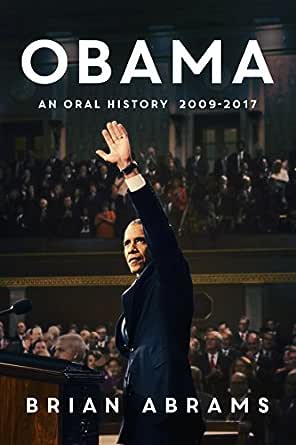 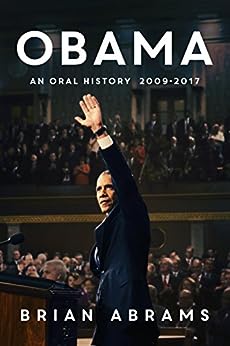 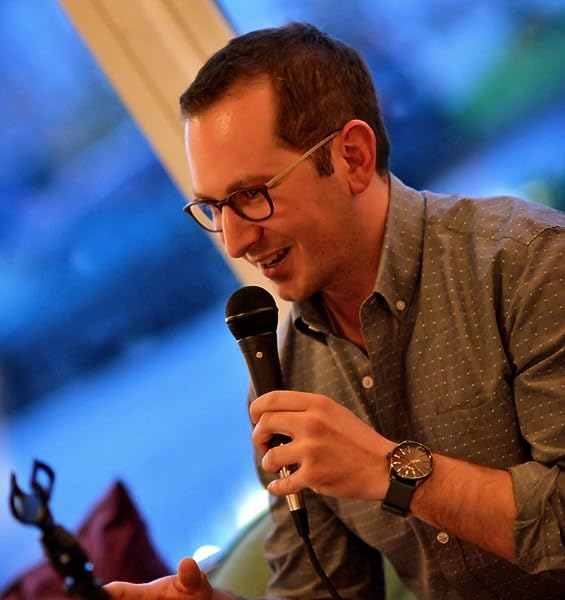 The first ever comprehensive oral history of President Obama’s administration and the complex political machine that created and powered a landmark American presidency.

In this candid oral history of a presidential tenure, author Brian Abrams reveals the behind-the-scenes stories that illuminate the eight years of the Obama White House through more than one hundred exclusive interviews. Among those given a voice in this extraordinary account are Obama’s cabinet secretaries; his teams of speechwriters, legal advisers, and campaign strategists; as well as lawmakers on both sides of the aisle who fought for or against his agenda. They recall the early struggles of an idealistic outsider candidate and speak openly about the exacting work that led to cornerstone legislation. They share the failures and dissent that met Obama’s efforts and revisit the paths to his accomplishments. As eyewitnesses to history, their accounts combine to deliver an unfiltered view of Obama’s battle to deliver on his promise of hope and change.

This provocative collage of anecdotes, personal reminiscences, and impressions from confidants and critics not only provides an authoritative window into the events that defined an era but also offers the first published account into the making of the forty-fourth president of the United States—one that history will soon not forget.

Brian Abrams is the author of three bestselling Kindle Singles oral histories: And NOW . . . An Oral History of Late Night with David Letterman, 1982-1993; Gawker: An Oral History; and Die Hard: An Oral History. Abrams has written for the Washington Post Magazine, Time, and The Lowbrow Reader. He lives in New York City. You can visit www.brianlabrams.com for more information and follow the author on Twitter @BrianAbrams.

Catherine L. Hord
5.0 out of 5 stars Best Obama book on the internet
14 August 2018 - Published on Amazon.com
Verified Purchase
Reading the interviewee list at the front of this book literally made me squeal. David Axelrod, Rahm Emanuel, Jon Favreau (Director of Speechwriting), Joe Lieberman, Leon Panetta, David Plouffe, Arun Chaudhary (WH Videographer), and then, of course, because you know this B has ALL the dirt: the West Wing Receptionist. And that's just my own personal squeal list; he talked to 112 people if I counted right. The Book's title (Obama: An Oral History 2009-2017) is misleading in the best way, because we get two bonus chapters... 2004-2007 and 2008. Reading 2004-2007 was riveting. Abrams takes individual quotes from individuals he interviewed and weaves them together into a cogent, fresh, and exciting narrative. If you haven't tried reading an oral history, do it. Abrams hard-hitting, fast-paced style will leave you wanting to pick up another by him (Letterman fans, rejoice - he did one on that show as well).
Read more
13 people found this helpful

Michael
1.0 out of 5 stars It’s just a huge resource paper
27 May 2019 - Published on Amazon.com
Verified Purchase
It’s just a collection of quotes. This isn’t a book. This is just a giant resource paper disguised as a book. If you like storytelling autobios and bios....AVOID THIS BOOK.

Rafi
5.0 out of 5 stars A fantastic (and surprisingly quick) deep dive into a unique moment in history
14 August 2018 - Published on Amazon.com
Verified Purchase
Don't let the intimidating size fool you - Abrams' history of the Obama presidency is a refreshingly quick read that manages to capture both the tumult of an administration in persistent crisis with the aspirations of a President (and his staff) who seem to genuinely aspire to do great things for the nation. Able to capture both the 30,000 foot view, and the nitty-gritty of daily life in the White House, this book is not only a study of one of the most transformational presidents in American history, but paints a compelling picture of the men and women who devoted their lives to being a part of this unprecedented administration. 10/10. A terrific read!
Read more
8 people found this helpful

R. Crawford
4.0 out of 5 stars Intriguing personal views of a presidency, not always in understandable context
7 July 2019 - Published on Amazon.com
Verified Purchase
I appreciated President Obama, though I didn't always agree with him. Boy, do I miss his reasoned and intellectual approach now. This book, with it's first-hand recollections, reminded me of that in a big way, but it also assumed a lot, I believe.
I'm a retired newspaper journalist, yet as a retiree for a decade, I couldn't recall in specifics of many of the moments expressed in this book, nor could I easily recall all the players. I understand this is an oral history, but the author could have done readers a favor by providing more than a page or two of context per year. I would have appreciated a few paragraphs of background each time there was a change of topic within a year.
That said, it was fascinating to hear what some of these folks close to the president had to say.

Lisbe
5.0 out of 5 stars Nerdy political epic that really draws you in
12 August 2018 - Published on Amazon.com
Verified Purchase
I liked the way it was put together so artfully. The oral history style, for whatever reason, helps you understand the way times change and showed me things I honestly didn’t understand before. The chapter on the debt ceiling crisis, for example, was really exciting and that is so weird for me to say about something to do with a government budget negotiation! But I was sucked in!
Read more
6 people found this helpful
Go to Amazon.com to see all 76 reviews 4.6 out of 5 stars
Get FREE delivery with Amazon Prime
Prime members enjoy FREE Delivery and exclusive access to movies, TV shows, music, Kindle e-books, Twitch Prime, and more.
> Get Started
Back to top
Get to Know Us
Make Money with Us
Let Us Help You
And don't forget:
© 1996-2020, Amazon.com, Inc. or its affiliates