Oath of Gold (Paksenarrion Series Book 3) and over 1.5 million other books are available for Amazon Kindle . Learn more
Share <Embed> 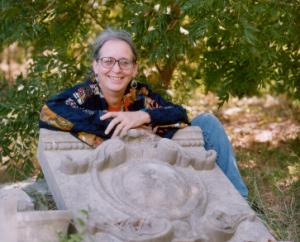 Page 1 of 1 Start overPage 1 of 1
This shopping feature will continue to load items when the Enter key is pressed. In order to navigate out of this carousel please use your heading shortcut key to navigate to the next or previous heading.
Back
Next
Start reading Oath of Gold (Paksenarrion Series Book 3) on your Kindle in under a minute.

New York Times best-selling author and former Marine, Elizabeth Moon has written many novels, including the Paksenarrion fantasy trilogy (available from Baen as The Deed of Paksenarrion and also as separate books), the Heris Serrano space adventure series (the first three novels of which have been combined as Heris Serrano), and Remnant Population, which was a Hugo Award finalist. For Del Rey, she has written Command Decision, Engaging the Enemy, Marque and Reprisal, Trading in Danger, and the Nebula Award winner The Speed of Dark. After earning a degree in history from Rice University, Moon went on to obtain a degree in biology from the University of Texas, Austin. She lives in Florence, Texas with her husband and son.

4.7 out of 5 stars
4.7 out of 5
91 global ratings
How are ratings calculated?
To calculate the overall star rating and percentage breakdown by star, we don’t use a simple average. Instead, our system considers things like how recent a review is and if the reviewer bought the item on Amazon. It also analyses reviews to verify trustworthiness.

Amazon Customer
4.0 out of 5 stars Another great Pakseanrrion novel
Reviewed in Australia on 23 January 2017
Verified Purchase
Pak shows all that not all is people believe even in sickness or trials sent by her gods. Long live Paksenarrion and her adventures.
Read more
Helpful
Comment Report abuse
See all reviews

Kindle Customer
5.0 out of 5 stars Oath of Gold
Reviewed in the United Kingdom on 1 March 2005
Verified Purchase
This third and final installment in the trilogy "The Deed of Paksenarrion" is certainly as good or better than the other two.
Paksenarrion is a craven coward in her own mind in the beginning of this book. Through the help of the Kuakgan Oakhollow, the wounds (both physical and mental) from her bout with the Kuaknom are healed. But Paksenarrion needs to find confidence in her own abilities and she joins the Rangers of Lyonya for the summer. She finds sides with herself that she did not know that she had. In returning to the Kuakgan at the end of summer Paksenarrion is called as a paladin for all gods and has gifts endowed to her. Her first calling sends her back to the Duke and during her stay she uncovers great evil. Her second calling takes her to the kingdom of Lyonya and there she finds that the kingdom will soon be without either king or queen. Her calling is to find the king that was lost as a child.
There is no doubt that Paksenarrion has changed a great deal from the frightened person at the beginning of the book. Having had these fears enables her to understand the common folk, for most people have to live their lives without knowing what will happen next. Some of Paksenarrion's challenges in this book are a bit unbelievable, but that is the way of fantasy. An exaggeration of certain points can bring a message accross.
I certainly enjoyed this book and fantasy wraps philosophical and religious questions in an interesting package - unlike my earlier textbooks at university.
Enjoy.

Mrs. Jean R. Livingstonemore I. the future
5.0 out of 5 stars Fantasy
Reviewed in the United Kingdom on 12 February 2014
Verified Purchase
The third part of a trilogy. I have this book in paperback, now I have it on my Kindle It is a very enjoyable story, I can enjoy some of my favourite books without having to cart a great loads with m
Read more
Report abuse

Julia Allain
4.0 out of 5 stars BOOK THREE IN THE SERIES "DEED OF PAKSENARION"
Reviewed in Canada on 22 August 2020
Verified Purchase
It is a well written and interesting story. I did not want the series to end. That's always the sign of good writing.
Read more
Report abuse

JD_Fishie
5.0 out of 5 stars Oath of gold
Reviewed in Canada on 21 March 2019
Verified Purchase
One of those rare books you go back and re-read again and again. This set is a must read and should be part of any fantasy core collection.
Read more
Report abuse
See all reviews
Get FREE delivery with Amazon Prime
Prime members enjoy FREE Delivery and exclusive access to movies, TV shows, music, Kindle e-books, Twitch Prime, and more.
> Get Started
Back to top
Get to Know Us
Make Money with Us
Let Us Help You
And don't forget:
© 1996-2020, Amazon.com, Inc. or its affiliates