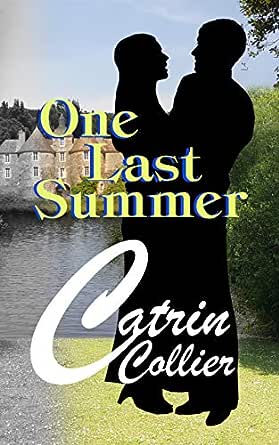 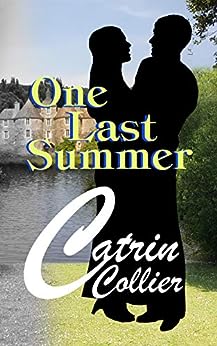 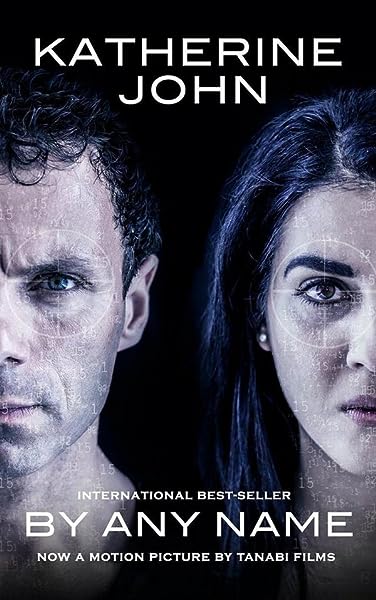 Catrin has written a wonderful stand alone novel inspired by her mother's experience fleeing Germany at the end of the Second World War. There has been a great deal of interest in the story with several national newspapers interested in covering it. Confirmed so far: TELEVISION Catrin is appearing in a documentary on local celebrities and the streets they lived called 'Stories From the Street' HTV HTV will also be covering the story behind the book for the regional news in Wales. RADIO BBC RADIO WALES will be interviewing Catrin on her new book (date tbc) PRESS There will be a major interview in the WESTERN MORNING NEWS There wil also be an interview in SWANSEA EVENING POST Review to come in YOURS magazine ONE LAST SUMMER has been chosen as the bookclub read for COUNTRY AND BORDER LIFE magazine. EVENTS Catrin will be doing formal signings in WH Smiths Pontypridd - Saturday 2 June Borders, Llantrisant - Tuesday June Waterstones, Swansea - Saturday 9 June WH Smiths, Cardiff - tbc And stocksignings in Waterstones (Cardiff) and Camelot Books (Cardiff) Catrin has also been asked to judge a writing competition at Borders, Swansea in July --This text refers to an alternate kindle_edition edition.

Based on the life of Catrin Collier's mother and grandmother, this is a powerful novel which spans more than sixty years, from the life of Grandmother Charlotte to her journalist granddaughter, Laura. We revisit Charlotte's incredible life which starts in East Prussia in 1939 and ends in modern-day England. --This text refers to an alternate kindle_edition edition.

Catrin Collier was born and brought up in Pontypridd. She lives in Swansea with her husband, two cats and whichever of her children chooses to visit. --This text refers to an alternate kindle_edition edition.
Read more

Pam
TOP 500 REVIEWER
5.0 out of 5 stars Very highly recommended.
Reviewed in Australia on 21 July 2018
Verified Purchase
This book was sad, very sad. I wept while reading this, and make no excuses in saying that. The book is very graphic and relates the horrors of living through a war, both as a prisoner of war, and also a civilian caught up in that war. The book is also a poignant love story conducted during the course of the war, and the tragic aftermath.
Once again Catrin Collier has written a not-easily-forgotten story. She is in a class of her own, as her stories are so vivid, I am sure this story will live long in my memory, and I cannot recommend it highly enough. I wish I could write praises worthy of her writing.

Kate Hopkins
2.0 out of 5 stars Great Subject, Goodish Research, Shame About the Writing
Reviewed in the United Kingdom on 27 April 2020
Verified Purchase
I don't know much about Catrin Collier - other than that her historical novels about Wales have led her to be described as 'the Welsh Catherine Cookson' - I only read this book because I gather it's recommended by the Holocaust Memorial Trust as reading matter for young people wanting to learn more about World War II. And in terms of historical information and storyline 'One Last Summer' is quite interesting. Charlotte von Datski, an artist, has lived in the UK and America for years. But when she learns she is seriously ill, she decides to take her granddaughter Laura back to the family estate, Grunenwaldsee, formerly in Eastern Germany, now in Poland. The novel then juxtaposes an account of their journey with long extracts (all in italics, most tedious) from Charlotte's diaries from World War II and afterwards, describing her unhappy marriage to a German aristocrat, the birth of her first child, the worsening conditions during World War II, her growing realization of just what the Nazis are up to, her unexpected, rapturous discovery of love with a Russian prisoner of war, Sascha, and her terrifying escape across Germany and on to England - where she makes some surprising decisions. As we see from the opening chapter, Charlotte eventually manages to make a good life for herself - but she remains tortured by questions, particularly about the authorship of a certain famous Russian book, 'One Last Summer'. Only back home, at last, will she find the answers she craves.

All credit to Collier that she's clearly researched the book dutifully, and chosen an interesting subject. And to be fair to her, bits of the book - such as the section describing how Charlotte's brother Wilhelm is involved in the famous plot to blow up Hitler and the consequences for his family, and Charlotte's attempts to get to safety after she is forced to leave home in 1945 - are gripping.

Unfortunately the book suffers from too many clichés, and some very unlikely situations. Nearly everyone appears to be extremely rich and glamorous (even if they do lose their money during the war). I couldn't believe that a virtuoso pianist (and it seems slightly improbable that Charlotte could be a virtuoso on piano and violin, one of the great beauties of her age AND a fine horsewoman and artist) would turn down a chance to have a career in order to marry a rather dull aristocrat she hardly knew. And if she found him physically repulsive surely she'd have had some inkling of this before they slept together? Charlotte's political beliefs were never really explained - if she was a fervent Hitler admirer as a girl, surely she'd have known something about his anti-Semitism and worried about it earlier? Collier hasn't done enough musical research - a concert-standard pianist would not pick 'Fur Elise' (Beethoven's easiest piano piece) as her favourite piece of Beethoven, and the mysterious 'piece by Shostakovich' that Sascha gives Charlotte was presumably unnamed because Collier didn't know the composer's piano works (the fact that the only other piece Sascha mentions is Beethoven's Moonlight Sonata doesn't make his musical knowledge seem very impressive). I don't know much about how the Germans treated Russian prisoners of war, but I find it unlikely that Charlotte and Sascha would have had so much freedom to meet by moonlight, gambol among the fields and so forth - or that Sascha would show no remorse at all about his wife Zoya. It all felt a bit like a romance novel. I was confused as to why Julian married Charlotte at all (no spoiler, we learn about their marriage early on) when he didn't even seem to like her and was ashamed about her being German. And though the book 'One Last Summer' was intriguing, the whole premise of the story - that the hero had a 'real' dream life which seemed to consist of cosy domestica by a lake and a phantom 'reality' in a prison camp - veered towards sentimentality. I also wondered rather why Laura was included in the story (though I quite liked her) as she felt rather underdeveloped, and her romance with Mischa was rushed. Also, in the modern stages we learnt very little about the reunification of Germany and about the legacy of Communism, while Poland (all delicious home-baking and idyllic landscapes) felt idealized. Charlotte's decisions during her marriages felt distinctly strange (would a mother really just abandon one of her children for years) and the ending, in which a lot of crucial people conveniently arrived at Grunenwaldsee shortly after Charlotte, was suspiciously tidy.

The German experience of World War II is a fascinating subject and Collier has the basis of an interesting story. Unfortunately, the clichés of romantic literature (passionate romance with lots of sex, aristocratic heroine, everyone either 'goodies' or 'baddies' for the most part) let the book down and mean it's no more than a light read. For a better coverage of this subject try Traudl Junge's memoirs, or in English fiction Eliza Graham's 'Restitution' or Sue Eckstein's 'Interpreters' - or of course Judith Kerr's fabulous trilogy that includes a return to Germany.
Read more
Report abuse

Jenna
4.0 out of 5 stars Moving Story of Love and War
Reviewed in the United Kingdom on 21 August 2012
Verified Purchase
This is the story of Charlotte Datski, now an old lady living in America, and her desire to revisit her old aristocratic home in what was East Prussia, (now Poland), to lay to rest ghosts from the past relating to happenings during the Second World War. She has no idea what she will find in the way of bricks and mortar, but she has a good idea of the emotions that will be rekindled by her journey. Her family know little about her past, and she takes her much loved granddaughter Laura with her, as she feels it is time to share the secrets she has been holding for so many years.
I found this a very moving story, deeply realistic in its descriptions of the heartache, horrors and displacements created by war. Although this is a work of fiction, the author draws upon information and inspiration contained in the diaries of her own mother and grandmother, who originate from the same region, and the wartime events reported in the text are true. For me this adds to the drama and poignancy, bringing home to the reader the stories of personal loss endured by the citizens of all countries caught up in the conflict, regardless of which side they were on.
Catrin Collier definitely has the storytellers' gift in abundance, and the mood she creates is very enticing and engrossing. Her writing flows beautifully and it is easy to step into the shoes of Charlotte, as she recalls her feelings and experiences. The choices she has to make are not easy ones, and difficult to live with afterwards, but the way her character is portrayed makes her easy to identify with and understand. There is nothing deceitful about Charlotte. She is who she is, which makes her endearing to the reader.
Despite the harrowing situations created by war, this is essentially a love story. The kind of love that happens once in a lifetime to those who are lucky enough to experience it. Although some of the outcomes in the book are predicable, there are a few surprises along the way as well, and for me the ending was perfect. This is the first book I have read by Catrin Collier but I will certainly look for her work again in the future.
Read more
7 people found this helpful
Report abuse

elemel
5.0 out of 5 stars When is the film out???
Reviewed in the United Kingdom on 21 December 2013
Verified Purchase
It's been a long time since I last cried reading a book - beautifully written and yes there is the feel of dr zhivago. I need to read it again as raced through the last half. I think its a book I will be able to read again and again - also rare for me these days. Its what I love in a book - a damn good story.
Read more
3 people found this helpful
Report abuse

scy
5.0 out of 5 stars Revealing
Reviewed in the United Kingdom on 7 February 2019
Verified Purchase
Terrific Horrific and I trust historically correct. A book I couldnt put down until the end. Would recommend to anyone born during the war as was I.
scy
Read more
Report abuse
See all reviews
Get FREE delivery with Amazon Prime
Prime members enjoy FREE Delivery and exclusive access to movies, TV shows, music, Kindle e-books, Twitch Prime, and more.
> Get Started
Back to top
Get to Know Us
Make Money with Us
Let Us Help You
And don't forget:
© 1996-2020, Amazon.com, Inc. or its affiliates