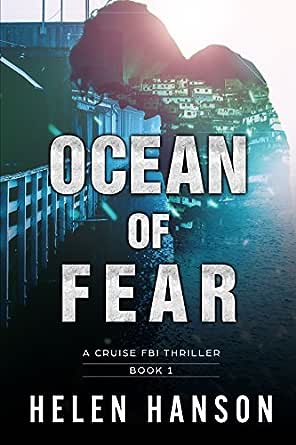 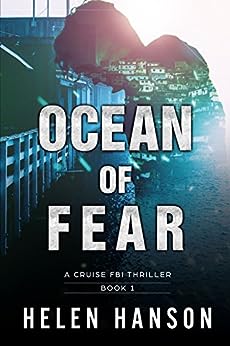 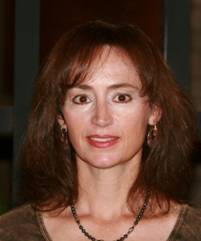 Helen Hanson writes page-blistering thrillers about desperate people with a techno bent. For source material, she ran a software company, built video games, and opened many a door for her dogs. For fun, Helen flew a Mooney over the Golden Gate Bridge, traveled 100+ mph over Highway 17 to the coast, and annihilated an entire Cub Scout pack in laser tag. There were no prisoners to take. She admits that your ink pens are not safe near her and that she can mimic the sound of most farm animals. Always pleased to hear from book lovers, join Helen in her Thrillers Behind the Firewall Readers Group and claim a FREE BOOK at www.HelenHanson.com. --This text refers to the paperback edition.

Mandy Walkden-Brown
TOP 500 REVIEWER
5.0 out of 5 stars A gripping thriller from a polished author.
Reviewed in Australia on 22 October 2016
Verified Purchase
Baxter Cruse manages to leap from the frying pan into a volcanic lava stream when he agrees to assist his professor with a far from legal computer spam scam and he soon finds himself embroiled in all manner of conspiracies. From a couple of rival drug cartels, a Hezbollah controlled terrorist squad and he also finds himself the centre of attention of both an FBI and CIA investigation.

Betrayal, murder, kidnapping a terrorist plot, Baxter finds himself in the middle of it all, often fighting for his life. Luckily he's not lacking in the smarts department because if he had to rely on his shooting skills or non-existent action-man attributes he'd have been dead long ago. This likeable young man cannot seem to win a trick, nor stay out of trouble in either his personal or professional life. If there's a disastrous string of events occurring with potentially lethal results he seems to find himself right in its midst.

A terrific thriller, full of action, suspense and some great, and sneaky, twists. The characters are real, as is their dialogue and they're many and varied. A great plot, a well written story and a thoroughly satisfying read.

I'm now off to read Spider Games to see what mess Baxter Cruse manages to find himself in next, and hopefully extricate himself from.

Rosy Reader
5.0 out of 5 stars FBI Agent Versus Robotics Grad Student
Reviewed in the United States on 13 August 2016
Verified Purchase
This is a Techno-thriller mixed with Crime Fiction and Law Enforcement Procedural.

FBI agent Claudia Seagal meets Baxter Cruise, a grad student seeking a Masters in Robotics, after he discovers a dead female professor. There were some inconsistencies in the story he told the police and what he told her. Claudia wants to know what he is hiding, she didn't realize that knowing the truth would put lives in jeopardy.

I really enjoyed how Ms. Hanson showed the various viewpoints. In particular, how Claudia and Baxter felt about each other despite their circumstances and being on opposites sides of the interrogation.

Helpful Hint: While not necessary to enjoy this story, I recommend reading the Masters CIA series before this as it will enhance your knowledge of some cross-over characters.

Warning: This is for Mature Audiences due to Violence and Adult Situations.
Read more
Report abuse

Kaitlynspet
5.0 out of 5 stars Great Thriller
Reviewed in the United States on 8 April 2017
Verified Purchase
Helen Hanson writes a great thriller and it is always action packed. I had read the second book in this series (Spider Games) as an ARC and was so impressed I got Ocean of Fear, the first in the Cruise FBI series..I could hardly put the book down. It will draw you in and the anticipation will have you as tense as a guitar string making the reader afraid of what was going to happen next. Baxter Cruise, robotics engineer and Special Agent Claudia Seagal of the FBI cross paths with members of the Venezuela drug cartel. Baxter's mentor and friend is missing and Baxter is kidnapped to finish what his professor started. He must create a robotic submarine. Ms. Hanson makes the book come to life and I believe her books would make an excellent movie
Read more
Report abuse

Jane V. Blanchard
5.0 out of 5 stars Action-packed thriller
Reviewed in the United States on 7 September 2015
Verified Purchase
I really liked Ocean Of Fear by Helen Hanson. The story is well-constructed and the dialog realistic.

Baxter Cruise, a gifted robotics student spams to support himself and pay for his college. Professor Sydney Mantis, the person who hired Baxter to spam, goes missing after the assassination of a colleague. Prior to disappearing, Sydney asks Baxter to deliver a flash drive to Dr. Bisch. When attempting to deliver it, Baxter finds the Dr. Bisch's dead body.

When the police uncover possible ties to a drug cartel, FBI agent Claudia Seagal is called in to head the investigation. The action-packed story unfolds with lots of twists and suspense. I highly recommend Ocean of Fear.
Read more
Report abuse

Deborah Wall McGraw
4.0 out of 5 stars Drones and drugs
Reviewed in the United States on 27 April 2016
Verified Purchase
Talk about complicated characters! Baxter Cruise is a student of robotics, paying his way through school with his spamming business, not a pure hero. His teacher is not a wonderful person either, but when the teacher goes missing, Baxter looks for him and winds up in a dangerous world. It was quite an interesting technological adventure and I am looking forward to other books in the series.
Read more
One person found this helpful
Report abuse

Roger Fauble
5.0 out of 5 stars Incredible book!
Reviewed in the United States on 16 August 2016
Verified Purchase
Incredible book! Even better than 3 Lies, the first Helen Hanson book I read. I'd been gifted a copy of Spider Games by the author & wanted to read the first Cruise FBI Thriller before reading it. I loved the depth of the character development, the story line, with its twists. I'll be reading more by Helen Hanson and can only hope I get to read more about the same, main characters!
Read more
Report abuse
See all reviews
Get FREE delivery with Amazon Prime
Prime members enjoy FREE Delivery and exclusive access to movies, TV shows, music, Kindle e-books, Twitch Prime, and more.
> Get Started
Back to top
Get to Know Us
Make Money with Us
Let Us Help You
And don't forget:
© 1996-2020, Amazon.com, Inc. or its affiliates