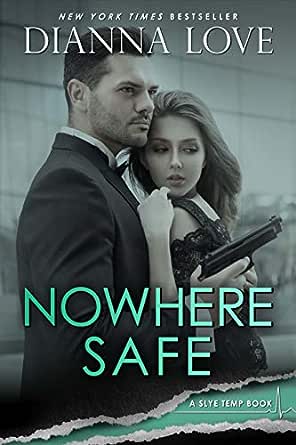 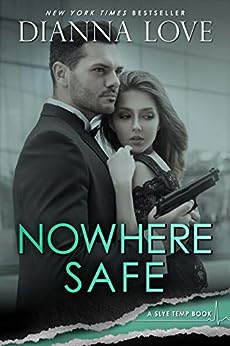 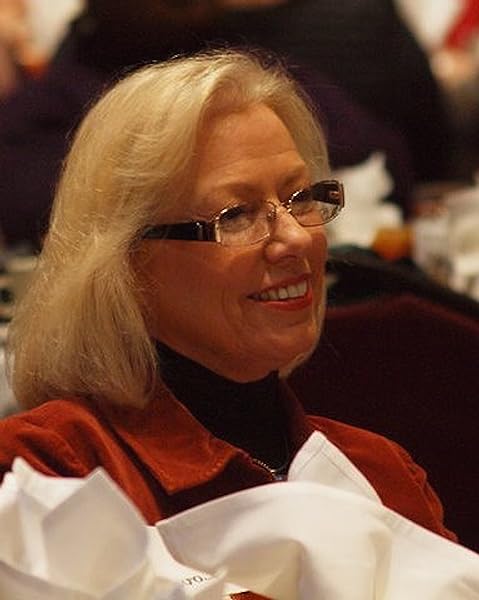 New York Times Bestseller Dianna Love's Slye Temp romantic thriller series starts with a stay-up-all-night enemies-to-lovers story between a tortured hero and the woman who breaks down all his walls.

Josh Carrington will never forget a woman who paid the ultimate price during a mission. He vows to stick with Rule Number One and never get involved with a woman during a mission again.

Tormented over a death he couldn't prevent, Josh sticks to business when investigating Trish Jackson, the sister of a man Josh suspects of being a traitor to his country. Trish has no family left except her brother, who takes on secret missions for the DEA and she'll do anything to protect him when a faceless enemy begins playing a deadly game of chess with her brother at the center of it. Josh has a chance to redeem himself, but keeping the sultry Trish out of harm's way, and his arms, forces him to question everything, starting with Rule Number One.

"Blending taut pacing with sizzling tension, a little bit of James Bond with an engaging personal drama, this is a story for suspense fans and romance readers alike." ~~The Romance Reviews

"It seems with each book, this series gets better...(Love) has an uncanny ability of always creating wonderful characters that you care about... This was such a beautiful romance, one of the best I have read this year."~~Barb, The Reading Cafe

New York Times bestseller Dianna Love once dangled over a hundred feet in the air to create unusual marketing projects for Fortune 500 companies. Once she focused her energetic muse on storytelling, the first book she wrote won a RITA® Award and sold out in six weeks. She now writes high-octane romantic adventures, and will release four novels in the new, fast-paced Slye Temp romantic suspense series during 2013. Dianna also co-authors the bestselling Belador urban fantasy series with #1 NYT best seller Sherrilyn Kenyon.

When not in the writing cave or speaking at a national event, Dianna enjoys touring the country on her BMW motorcycle. She lives in the Atlanta, GA area with her motorcycle-instructor husband, and a tank full of unruly saltwater critters. http://www.AuthorDiannaLove.com ~ Dianna Love Fan Page on Facebook

Book Lover
3.0 out of 5 stars Five stars???!
2 April 2013 - Published on Amazon.com
Verified Purchase
I guess it's mainly my fault that I didn't really like this book. Let me explain:
Firstly, when buying the book I didn't realize that this might be titled the first installment of a series but that there is a prequel to the book! Maybe I didn't grasp the atmosphere and the greater plot of the book because I didn't read the prequel?! However, as a consumer I would very much appreciate to be informed properly when spending money, hence I felt disappointed that a book is titled #1 when there is a prequel that is so important to understand the book that I'm reading. In this case the prequel should be #1 and the book I just read #2.

Secondly, this book is according to my opinion in no way a stand-alone. As far as I have understood, there is a "grand plot" running in the background and each installment of the series focuses within a "mini plot" on two main characters. So far so good, but the "grand plot" creates a greater frame which is essential in the book and is somehow at rivalry with the developments referring to the main characters, thus creating a bumpy scenery which doesn't allow the reader to focus on either plot.

The main characters of this book were interesting, entertaining and very unusual. However, their elaboration didn't help them to reach their full potential, especially because the "mini plot" kept on damping them down. More specifically, the hero had to save his heroine three times (!!) during the plot. The ending for our two heroes was rushed and trivial. Needless to say that I didn't appreciate the inelegant introduction into the next sequel.
Read more
72 people found this helpful

A. Richard
5.0 out of 5 stars Escalating danger and conflicting emotions
5 April 2013 - Published on Amazon.com
Verified Purchase
The Slye Temp series features a group of individuals who frequently put their lives on the line for others, yet they seldom receive credit for their participation. There is a crucial mission taking place in NOWHERE SAFE, and failure by this dedicated unit could result in multiple deaths.

Although Josh Carrington knew an assignment in the UK was dangerous, he never imagined the woman working directly with him would be killed. This tragedy reinforced his conviction to never let emotions become involved in an assignment, as losing her still haunts him. He was also physically injured but recovered and now works as a Slye Temp agent. While the organization appears to be a regular security business, it actually takes covert missions that our government wants kept undisclosed.

The latest operation has Josh going undercover in a DEA team where someone is working with the person who deceived his unit in the UK. He needs to get close to Trish Jackson, as her brother is suspected of being the mole. There is also the problem of a batch of illegal drugs coming into the United States, and it must be kept from being distributed. Trish is already on edge, because someone has been threatening her and those to whom she is devoted. As Trish lets Josh into her life because he seems to care, he knows what is expected of him as an agent. But being ruthless with the vulnerable woman has him hesitating more than once, as he would rather protect her than question her motives.

Riveting suspense can be found throughout any Slye Temp story by Dianna Love, and romantic entanglements add to the captivation. Ms. Love is certainly an expert when it comes to combining these two elements, as her books are packed with danger and romance. If one has read LAST CHANCE TO RUN, a Slye Temp prequel, then some of the characters in this novel are familiar. Though it would make NOWHERE SAFE more understandable to know about the incidents that previously happened, the author does give enough necessary background to make current events clearer. After the tragic opening, I had no idea in what direction the story was going to proceed or who would be involved, but I quickly became totally hooked when I realized the potential jeopardy to several characters. Ms. Love has Trish facing some type of peril again and again, and her reactions are often surprising she tries to take care of herself without asking for help. She has finally reached a point in her life that makes her confident, and I cheered her on during numerous episodes where many people would have given up. The threats to her are very real plus convincing, and I often never knew how everything would eventually turn out until the end. Josh is a wonderful hero, as his inner battles with himself show his true nature, regardless of what he wants to believe. The relationship of these two is definitely not all hearts and flowers, as genuine feelings may grow between them but countless secrets keep lasting trust from developing. Still, their desire for the other is potent, and the closeness they share while Josh watches over Trish leads to intensely passionate moments they cannot control. The danger in both of their lives becomes more threatening with each passing day, and how they are affected by these unexpected incidents is realistically portrayed. There are scenes where humor is evident, and the amusement is often associated with unspoken thoughts. The next book in the Slye Temp series will still be dealing with unsolved issues, although many unanswered questions that cropped up during the story do have resolutions. NOWHERE SAFE has an abundance of dangerous escapades and unidentified enemies.

Susan Nackman
4.0 out of 5 stars A romantic suspense to like
14 November 2016 - Published on Amazon.com
Verified Purchase
Enjoyed reading the story of Josh & Tricia and other characters in the book. I agree with some of the other comments about wishing
I was aware of a prequel before starting this story. It held my interest and I will probably read the prequel and the 2nd book in the series.
Hope they'll be as good as this one.
Read more
2 people found this helpful

From the very beginning you are drawn to Josh Carrington and the pain he feels when he looses a woman close to him. Battling the horror of that time his new job in Miami may help him get the person responsible for her death and get the mole in the task force. What he has to decide is if Trish is the mole or if she actually is an innocent caught up in the subterfuge or not.
Grabs you from the very beginning and when you think it is over and you figured it out...wait...it isn't! A late night read to get to the end.
Read more

Kindle Customer
5.0 out of 5 stars Too Exciting to Put Down
24 January 2017 - Published on Amazon.com
Verified Purchase
This was one of those books that just never seemed to slow down. As soon as one danger was overcome, another threat popped up. There was a power outage while I was reading and I kept on reading until my Kindle died. When the lights came on at 2 a.m. I could barely wait for it to power up so I could get back to the story. I recommend this book for anyone who enjoys a thriller with a little romance on the side.
Read more
Go to Amazon.com to see all 117 reviews 4.5 out of 5 stars
Get FREE delivery with Amazon Prime
Prime members enjoy FREE Delivery and exclusive access to movies, TV shows, music, Kindle e-books, Twitch Prime, and more.
> Get Started
Back to top
Get to Know Us
Make Money with Us
Let Us Help You
And don't forget:
© 1996-2020, Amazon.com, Inc. or its affiliates