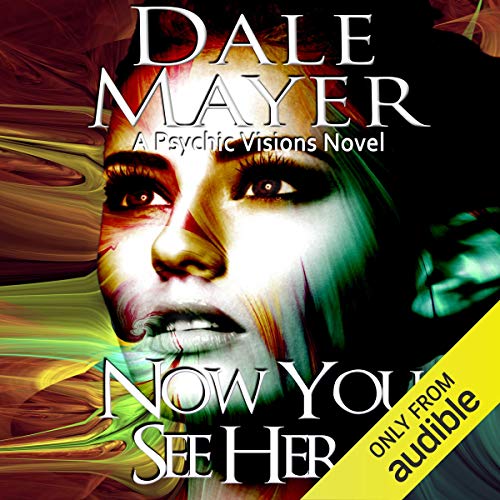 4.6 out of 5 stars
4.6 out of 5
111 global ratings
How are ratings calculated?
To calculate the overall star rating and percentage breakdown by star, we don’t use a simple average. Instead, our system considers things like how recent a review is and if the reviewer bought the item on Amazon. It also analyses reviews to verify trustworthiness.

Faye K
TOP 500 REVIEWER
5.0 out of 5 stars 10 Stars. Absolutely Fantastic Read
Reviewed in Australia on 27 November 2015
Verified Purchase
Another fantastic book from Dale, A story about Tia, abused as a research subject escapes her jail to fall in the hands of Dean. Dean is a divorced cop with a young son he loves..When Tia falls into his hands he wonders if his life will be the same again..esp. since bad men are after Tia. Highly Recommended Read.
Read more
Helpful
Report abuse

Amanda
4.0 out of 5 stars Great series loveable characters
Reviewed in Australia on 24 November 2015
Verified Purchase
This is the latest addition to the Psychic Visions series book 8 and I've enjoyed them all even though they are predictable.
They are an easy escape from reality with loveable main characters especially Stefan and Maddy who are my personal favourites.
Read more
Helpful
Report abuse

Erani Kole
4.0 out of 5 stars Interesting Ending With a Bang
Reviewed in Australia on 16 December 2015
*received ARC in exchange for honest review*

My first impression on this was that it was about a psychic (sorry for using that word, guys) with power issues trying to stay safe. Check. I also assumed it was a romance (no matter the amount) between her and the hero. Double check. At the end of reading this, I instead was left with the impression that Tia is extremely stubborn and Dean is forever confused with the supernatural. Only the last 20% of this ebook saves its first impression, because it was by then that I got really excited with the story.

The first few pages were expected because it's in the synopsis. After that, I was invested in her finding out just how much she'd missed in the past six months. I think it was around the time she refused help from Stefan and Dean that I started to get annoyed. And that's okay, because as a character she's doing her job at selling the experience. What I couldn't really get into was the constant pattern of something happening to her and Dean being shocked all over again as if he'd never already done it a dozen times. It probably doesn't help that I wasn't in the mood for life, but the story was still intriguing enough to continue. Some parts would get really interesting, and at other times, I was skipping monologues to get back to the main point of all this. It wasn't until a little more than half of this book that my situation changed and I got really into it.

The end makes it worth the wait.

In the end, this book ranks around a three for me personally because of the way it left me feeling, but rereading it again made things better. It took me a few days to read this because of the mood it often brought me into, but the overall plot twist and action bumped my star experience up to a four (yes the second half was that good).

The writing style was a little different, less floral writing and more militant which matches the whole cop-murder-some-serious-waste ambiance, but the dialogue was a little lacking. Conversations between Dean and his partner with this writing style matched because they're both cops and professional. The style used between Dean and Tia? Not so much. It made things feel a little stilted because the same style's being used for a number of characters who couldn't be more different, and it felt like all the characters sounded the same. The way they spoke also threw off my flow of reading, because a lot of times it was all very formal and stiff, something that I as a reader haven't really come across for other characters set in this time and era. Whether or not it counts in a review, I just couldn't fall into the story because of it.

I did enjoy Stefan with his no-nonsense attitude, and I think it's because of that, that I may have compared the others to him during my first time reading it a little unfairly. At the same time, I feel like they could've stepped up their game because despite being a top-notch psychic (yeah I know), Dean's a good cop and Tia's been striving for survivor like a dog who's had it with being kicked. You'd think that they'd both be a little more sure of their actions and less naive with the things that happened to them from the very beginning. And in comparison, it made Tia look like a wounded dog who wouldn't stop barking and a cop who was so injured, any new thing added to his normal life repeatedly tripped him up, but maybe it was just meant to be a part of their character development.

They weren't always like that, mind you, as things did get better and their characters progressed. Another reason why I liked this. The character development was a little slow which didn't match the ongoing plot twists of the "mystery" itself, but eventually they were on the same page with the 'big reveal'.

So in conclusion, the writing style (a mild thing), the lack of movement for a few (word used lightly) chapters, and the way Tia was with her stubborn self made this for an interesting read with me struggling to endear myself towards the characters.

It was a bit of a rough start for me at first but it ended with a mind-blowing shocker. Even mildly disturbing, for one particular character (eeewwww omg). All in all, the action itself was awesome and although I wasn't completely sold on their falling for each other, I did totally dig it when it was already a thing. I wasn't in the best of moods when I started this but the ending definitely captured me despite it, and it's a hard recommend for this series. I read the first book and thought it was amazing. This author sets the standards high on other psychic (so so sorry) paranormal investigations. It's different, unique and five-stars on the creepy factor.
Read more
Helpful
Report abuse

DL
4.0 out of 5 stars Psychic romance
Reviewed in Australia on 4 December 2015
I received a copy of ‘Now You See Her’ from the author in exchange for an honest review.

This book is number 8 in Dale Mayer’s ‘psychic visions’ series. There are characters and events referenced from past books, but it’s possible to read it as a stand-alone novel. This doesn’t have the feel of a series that’s progressing towards a goal, or has some kind of over-arching conflict that is linking all the characters’ stories.

Tia can use the energies around her to become almost invisible: chameleon-like, she can blend into her surroundings. Her abilities were discovered as a child, and she was taken away and experimented on for years. Her parents abandoned her, and she doesn’t know what became of them, or of her younger brother.

Tia eventually escaped, and has been on the run ever since. At the start of the book she’s arrived in Portland. She’s looking for a man named Stefan, another psychic who can help her with her abilities.

Before she can meet up with Stefan she is attacked.

Dean is a single father and a cop, currently on leave. As a favour to Stefan, the man who once saved his son, he is guarding a comatose Tia in her hospital bed. When Tia wakes up, she discovers that Dean can somehow see through her cloaking ability.

Tia’s friend Simone has disappeared, and Simone’s boyfriend has been murdered. The aftermath of the psychic attack on Tia left her in a coma for six weeks, and she’s now having problems controlling her cloaking power. All of this is linked to her past, and the facility she escaped from ten years ago.

There’s a good amount of action and suspense moving the plot forward, and Tia and Dean are both likeable people. I do like the ‘psychic escapes from cruel experimentation facility and is on the run’ set-up. I always think it works great for super hero backstories. Tia’s cloaking ability, and her other emerging psychic abilities are nicely detailed. There’s a mix of traditional psychic story elements like energy flow and chakras, and perhaps a hint that the psychics may have been fae-based, given that they are blocked by metal. Although maybe not – given steel, rather than iron is the problem, and a couple of them aren’t really affected at all. All the world building is in familiar territory for paranormal romance readers. It doesn’t necessarily break any new ground, but it does cover off the types of things that make paranormals fun.

I had some problems reconciling what the big urgencies were for the characters. Tia occasionally recalls that Simone is missing and that someone really should do something about that, rather than chase up the colder leads around what happened to a bunch of children who were experimented on in a facility ten years ago. Having said that, I did like that in addition to worrying about controlling their psychic powers and stopping the bad guys and not getting killed, both Tia and Dean were both normal people with normal problems, like getting jobs and arranging childcare.

Their romance doesn’t really get started until relatively late in the story, and does take a back seat to most of the action until right at the end. Given that there’s a lot going on this makes sense, but I mostly like romance with a bit more focus on the relationship developing between the hero and heroine.

I spent some time wondering why Tia hadn’t worked out that she had a really awesome psychic power. It’s hard to avoid thinking about how cool it would be if she’d been a cat burglar, but I’ll reluctantly acknowledge that it’s probably a good thing that not everyone in books who ends up with an ability like this turns to crime. I’m sure there are some good things you can do with cloaking/invisibility that will greatly benefit the Public. I can’t think off the top of my head what they are, but there must be something. At least she wasn’t all ‘woe is me, my gift is a curse!’ She was pretty realistic about how much her life had sucked through having it, but that it didn’t mean she was inherently bad or unfortunate.

All up I liked the story.
Read more
Helpful
Report abuse
See all reviews

Julie Alexander
4.0 out of 5 stars Great read
Reviewed in the United Kingdom on 26 November 2015
Verified Purchase
I love Dale Mayer psychic visions books, she is a great author and you are guaranteed a great read. My one complaint is I can't get enough of these books. It is worth the wait :-)
Read more
Report abuse

June P.
5.0 out of 5 stars Five Stars
Reviewed in the United Kingdom on 5 February 2016
Verified Purchase
as good as the others in the series, can't wait for the next one.
Read more
Report abuse
See all reviews
Back to top
Get to Know Us
Make Money with Us
Let Us Help You
And don't forget:
© 1996-2021, Amazon.com, Inc. or its affiliates