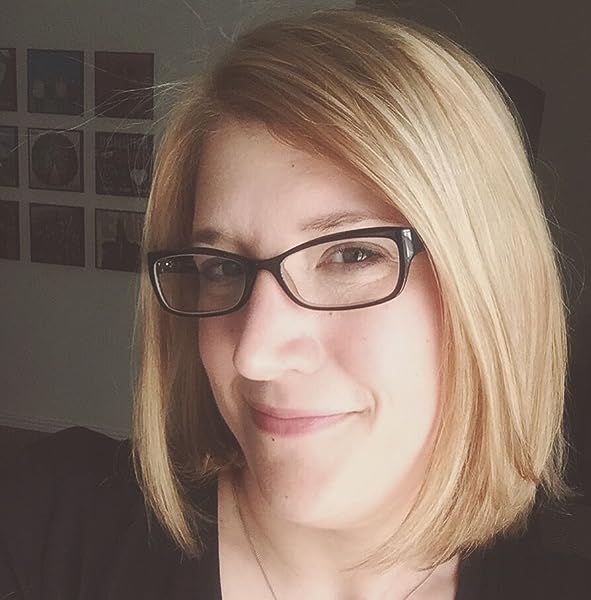 by Roni Loren (Author)
4.3 out of 5 stars 55 ratings
See all formats and editions
Sorry, there was a problem loading this page. Try again.

NEVER BEFORE PUBLISHED * THE COMPLETE NOVEL

Cela knows how to be good. She's had a lifetime of practice. But on the night of her college graduation, she decides she's earned one wild night before she has to move back home to her overprotective family. So when the hot neighbor she's been quietly fantasizing about for a year suggests a game of Never Have I Ever, she's ready. But what starts out as a simple game takes an unexpected turn. Because Ian Foster doesn't play games he can't win.

Foster knows his desires aren't for the faint of heart, especially not for someone as sweet and innocent as his pretty neighbor. But when Cela shows up at his door with an invitation that surprises him, he can't resist indulging. Cela has no idea what she's in for. The secret dark side of this man's need will both intrigue and terrify her. But Cela has a secret of her own--and a new game to see just how far they're both willing to go, and how much they're willing to risk by crossing every boundary of desire.

This Edition Only: A New Loving on the Edge Story!

Praise for Roni Loren and her novels

"Hot and romantic, with an edge of suspense that will keep you entertained."--Shayla Black, New York Times bestselling author

Roni Loren lives in Dallas with her husband and son. She is the author of Not Until You and Need You Tonight. If she's not working on her latest sexy story, you can find her reading, watching reality television, or indulging in her unhealthy addiction to rockstars, er, rock concerts--yeah, that's it.
Start reading Not Until You (Loving on the Edge Series Book 4) on your Kindle in under a minute.

Roni wrote her first romance novel at age fifteen when she discovered writing about boys was way easier than actually talking to them. Since then, her flirting skills haven’t improved, but she likes to think her storytelling ability has. She holds a master’s degree in social work and spent years as a mental health counselor, but now she writes full time from her cozy office in Dallas, Texas where she puts her characters on the therapy couch instead. She is a two-time RITA Award winner and a New York Times and USA Today bestselling author.

Sandy S.
4.0 out of 5 stars Billionaire Dom and virginal submissive
Reviewed in Australia on 10 November 2014
4 stars--NOT UNTIL YOU is the latest full length storyline in Roni Loren’s LOVING ON THE EDGE contemporary, adult erotic romance series. Originally release as an eight part serial storyline NOT UNTIL YOU focuses on Master Ian Foster and reluctant submissive twenty three year old Marcela (Cela) Medina’s. Although this is the latest book in the series, it can be read as a stand alone without too much difficulty. Some of the previous storyline characters make cameo appearances. Any important information to the current storyline is imparted where necessary. NOTE: There are some M/F/M scenes as well as implied M/M/M/F situations.

Told from alternating points of view including Cela and third person, NOT UNTIL YOU follows recent graduate of veterinary medicine Cela Medina. On the night of her graduation, good girl Cela wrote a list of ‘to dos’ including seducing and having sex with her two sexy and older neighbors- rock star Pike, and CEO and business owner Ian Foster. What Cela never expected was to fall in love with a man whose need for control reaches beyond the obvious. Cela is an innocent and Foster’s needs may be too much to handle.

The relationship between our trio begins as a one night stand and graduation celebration where Cela will succeed with most of her ‘to do’ list but Cela’s attraction to Foster goes beyond friends with benefits. Both Foster and Pike are men with dark pasts, rooted in abuse, neglect, loss and betrayal, and in this their lifestyles reflect the need for control. It is Foster’s need to control and protect Cela that forces the man to push Cela away. Something from his past controls his present and Cela is a reminder of everything that went wrong.

Lynn
5.0 out of 5 stars Brilliant read
Reviewed in the United Kingdom on 6 May 2015
Verified Purchase
I highly recommend this book if you like strong sexy men! I have laughed and cried reading about these characters and their families. The author has drawn me in so deep I felt everything they were feeling and going through. Can't wait to read more of her books.
Read more
Report abuse

Craigview2
4.0 out of 5 stars Four Stars
Reviewed in the United Kingdom on 14 July 2015
Verified Purchase
If u enjoy this type of thing it's an enjoyable read.
Read more
Report abuse

Sandra
5.0 out of 5 stars Five Stars
Reviewed in the United Kingdom on 1 December 2014
Verified Purchase
I enjoyed this book immensely. I like the way the author builds the characters up and the clear storyline.
Read more
Report abuse

samantha jacques
5.0 out of 5 stars 5 star
Reviewed in the United Kingdom on 1 March 2015
Verified Purchase
Very good exciting and didn't want to put it Down would recommend actually I've already told alot of people about this
Read more
Report abuse
See all reviews