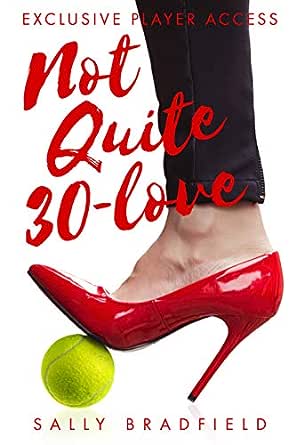 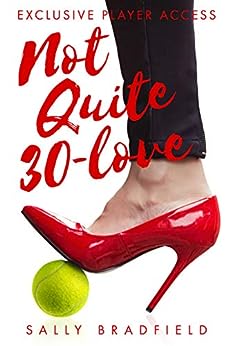 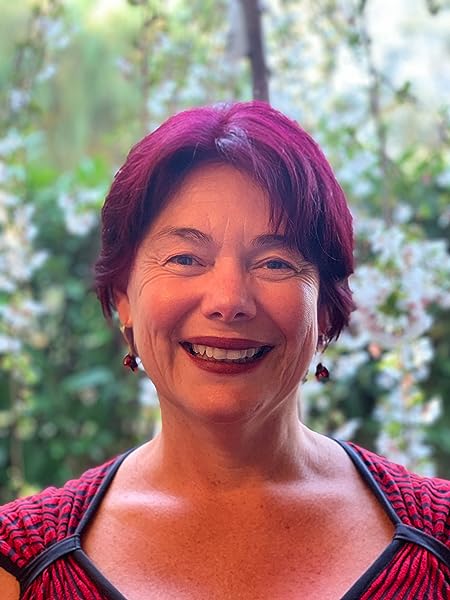 Not Quite 30-Love Kindle Edition

Kindle Customer
4.0 out of 5 stars Behind the scenes of professional tennis page turner
Reviewed in Australia on 15 April 2020
Verified Purchase
This is a great read for anyone who loves the game of professional tennis. Landing her dream job as a publicist, the story's bright young heroine, Katie Cook, finds herself hopping from country to country and drama to drama as she struggles with the massive and sometimes fragile and flawed egos of the greats and would be greats of professional tennis . Social media means that everything is instantly on the court - the good bad and the ugly - and a Katie finds herself in situations that threaten her both personally and professionally. This is a fast paced novel with authentic settings, great locations and some profound insights. And you don't have to be a follower of professional tennis to enjoy it.
Read more
Helpful
Comment Report abuse

Spada
5.0 out of 5 stars Jet setting romance with social media background! A great read!
Reviewed in Australia on 29 January 2020
Verified Purchase
I wasn't expecting to like this book as much as I did, especially given that I wouldn't really call myself a tennis fan. I couldn't put it down once I'd started, managing to read it all in one evening! Yes, it's a bumpy romance, but quite eye-opening in how media and the tennis world works behind the scenes and how our 'heroine' finds herself artfully digging herself out of some compromising situations. A really enjoyable read and a jet setting story line that keeps you captivated!
Read more
Helpful
Comment Report abuse

Maggie & Moo
5.0 out of 5 stars Great read
Reviewed in Australia on 7 February 2020
Verified Purchase
Loved this book! Found it hard to put it down, great twists and turns. Pace was great and kept me utterly entertained, lately have been too busy to get into a book and devour it but Not Quite 30-Love changed that. Looking forward to the author's next book.
Read more
One person found this helpful
Helpful
Comment Report abuse

viv byrnes
5.0 out of 5 stars The exciting world of professional tennis from a tennis insider
Reviewed in Australia on 14 February 2020
Tennis enthusiasts will certainly be cheering for Sally Bradfield’s new novel, ‘Not Quite 30-Love’. She has delivered a light romantic plot set within the professional tennis circuit. The novel is framed around the heroine Katie Cook who is a likeable character juggling the role of a publicist while racing around major tennis events.
The author, who has a background of media work in the tennis community, is in her element when alluding to some real challenges faced by celebrity tennis players such as training and travelling. Contemporary themes such as privacy and social media are also powerfully addressed. The use of hashtags for chapter headings gives this novel a very modern feel.
I have not been paid any fee to write about this new charming novel which will appeal to any tennis fan!

Jamberzon
5.0 out of 5 stars Tennis tragic GOLD!
Reviewed in Australia on 21 February 2020
You don't have to be a tennis tragic to love #NQ30love. But for those of us who are, this was the perfect book to have on the go during this year's summer of tennis.

No question you're getting a true insider's view of the world of international tennis. With the drama -- and yes, the romance -- on and off the court, I wasn't surprised to learn Sally Bradfield comes from a career on the WTA/ATP circuits. The promise of 'Exclusive player access' is well delivered.

I found it fresh and funny on every page with a terrific lead character. Katie Cook is very believable for her marketing hutzpah but also her ability to create chaos and stuff up even her own best interests. (I was sure I saw her buzzing around behind the players in the post-match interviews at the Oz Open!)

Rogelio
5.0 out of 5 stars Game, Set, Match - LOVE this book!
Reviewed in Australia on 3 March 2020
“Not Quite 30-Love” has been described as a “The Devil Wears Prada” for the world of tennis, and it’s a pretty apt comparison, at least as a starting point for acquainting yourself with this wonderfully charming book. A late 20-something woman on a journey of self-discovery, not in the high-stakes fashion world, but while following the cut-throat professional sports circuit. Really strong character development throughout the course of the book, you’re holding your breath at times finding out how Katie Cook gets herself out of her latest pickle. With lots of laughs along the way. Thoroughly recommended for anyone, not only for tennis fans but for lovers of coming of age stories as well.
Read more
Helpful
Comment Report abuse

Amazon Customer
4.0 out of 5 stars Delicious volley from the tennis baseline
Reviewed in Australia on 8 March 2020
The first thing you notice about this book is that in the heroine, Katie Cook, you have met a new age woman of 28 who is a genuine denizen of the social media world: she is going to live her life and chart her career way beyond simple email and deep into the speed-of-light life of Instagram, Twitter and Facebook and you will have to keep up with her. It is a challenge that I first thought insurmountable but after a chapter of two I found I was nearly up to hashtag speed and I was enjoying the frenzy.
This is also the world in which the new order in world tennis has all but arrived. Roger Federer has gone, Rafael Nadal is losing matches and Novak Djokovic is becoming chancy, while Serena, Venus and Maria are toppling from their golden thrones. So Katie Cook arrives on the scene as a communications manager/publicist/brand manager for the WTA tour in time to participate in the arrival of the new breed of champion players, spearheaded by a tall, handsome, arrogant and troubled Russian male and an equally attractive female family member.
Sally Bradfield has actually done Katie’s job and her appreciation of the life means that she is able to weld the characters of her fiction around real life people, situations and locations most credibly and pretty seamlessly. At the same time she manages to capture the open-mouthed awe and confusion of a young yet capable woman thrust suddenly into the world of international jet-setting, pressure training, awesome riches, high stakes sport politics and random romance, while she struggles to make her mark.
I loved the pun in the title. The flavour of the writing is up-to-date colloquial and what we once called ‘racy’. The first person narrative works to a treat. Some may find the sexual stamina of the players enviable if a slice or three over the net. The plot is as tricky as a first serve out wide while the overall mood is as upbeat optimistic as a first set bagel. I would have to call in hawk-eye to mediate on the credibility of the many escapes from scoreboard pressure the key player enjoys after simply spotting his paramour in the crowd. But never mind: the central love interest does become a gripping five setter with all of the final anguish of a double-fault match point. As a first novel, let’s say it deserves, among tennis players and enthusiasts, to be a smash hit.
Ron Withington
Read more