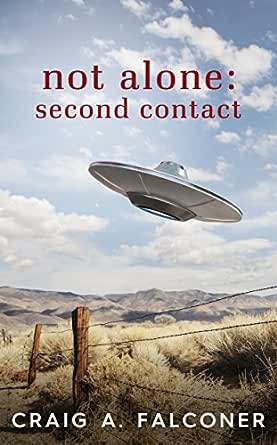 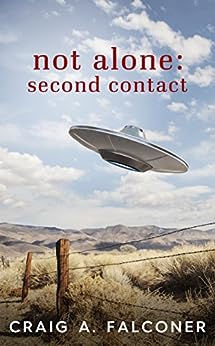 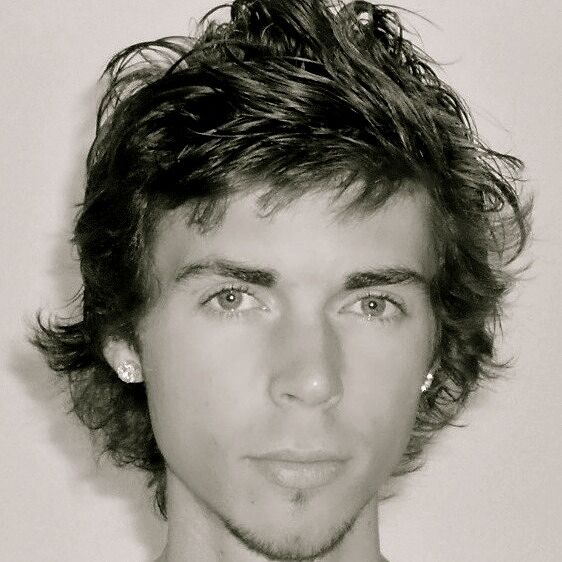 4.3 out of 5 stars
4.3 out of 5
543 global ratings
How are ratings calculated?
To calculate the overall star rating and percentage breakdown by star, we don’t use a simple average. Instead, our system considers things like how recent a review is and if the reviewer bought the item on Amazon. It also analyses reviews to verify trustworthiness.

SKay
4.0 out of 5 stars New chapter that builds on the original book
Reviewed in Australia on 5 March 2019
Verified Purchase
Honestly, I enjoyed the story as much as the first book, and the characters are, for the most part, quite relatable. My only gripes are the predilection to ad nauseum pages spent on the social media/marketing aspects of the story, and the largely unbelievable way major characters treat with their subordinates. Outside of the military, such abuse of authority would be an industrial relations law nightmare, and it stretches credulity in respect to the characters.

Having said that, I enjoyed the different take on first/second contact, and the developing story arc, even if ideas have been seen before in Lem, Clarke, Bradbury and other authors. It's a good telling, well written and most of all a fun, light read.

Sammi J
5.0 out of 5 stars Great read
Reviewed in Australia on 26 July 2018
Verified Purchase
Enjoyed this book as much as the first. Good characters, well paced. Looking forward to the next book. Thank you Mr Falconer
This is a story well worth reading.
Read more
Helpful
Report abuse

tony norrie
4.0 out of 5 stars A well written book
Reviewed in Australia on 14 February 2019
Verified Purchase
A good follow up to the first book and conclusive to the story but still room for a third
Enjoyable and well structured
Craig needs to put a bit more action into the sequence of events leading up to the the conclusion
A very good writer
Read more
Helpful
Report abuse

Amazon Customer
5.0 out of 5 stars One of my most popular writers
Reviewed in Australia on 10 July 2019
Verified Purchase
Superb , I love to read SF and this is certainly one of the best. Must read for SF lovers.
Read more
Helpful
Report abuse

Kindle Customer
5.0 out of 5 stars A Great Read
Reviewed in Australia on 1 June 2018
Verified Purchase
A brilliant story once again ,covering a lot of character development I am Really looking forward to the third installment
Read more
Helpful
Report abuse

Jeff Salmon
4.0 out of 5 stars A thouroughly intreaging story.
Reviewed in Australia on 23 October 2018
Verified Purchase
I enjoyed this book. It carried on beautifully from the first book and kept you wanting to find out what the final outcome would be. Top read and l look forward to book 3.
Read more
Helpful
Report abuse

Daniele C.
3.0 out of 5 stars Okay read
Reviewed in Australia on 29 July 2018
Verified Purchase
I really enjoyed the first one -- this one was okay - but it dragged on a bit.
Read more
Helpful
Report abuse
See all reviews

EddieO
2.0 out of 5 stars Boring!!
Reviewed in the United Kingdom on 24 June 2018
Verified Purchase
Boring and underwhelming. I read about 20 fiction books per year and have never been tempted to give up on a book before now. I came close with this one but persevered. I read the first book and it was ok and worth the read but this time the author lost the fun. This was more a book about political in fighting and boring stuff like that. Every chapter was stuffed with repetition, such as the need to keep things secret, going into the same detail every time. But in reality it was the decision to reveal the secret that was the only fun part, and it took right to the end. Frustrating and I believe book 3 is being penned now. This book finished off things well and I see no need to carry on, especially if the bulk of it covers political nonsense rather than a good story about aliens.
EDIT: I saw part 3 of the trilogy yesterday and decided to buy it, having forgotten how bad this part was. I will leave a review for it separately but this is just to add that my opinion hasnt changed. This time on book 3 I am giving up. I have read about 5% and what a load of twaddle. The same boring, going nowhere storyline about organisations and politics. Never knew so many organisations could exist about 1 subject. Do yourself a favour and dont even start reading this Bull***t
Read more
8 people found this helpful
Report abuse

JJ
5.0 out of 5 stars An excellent second book
Reviewed in the United Kingdom on 13 June 2018
Verified Purchase
I really enjoyed the first in this series, Not Alone, and it is an excellent stand alone book. It was lying forgotton in my library for ages so I didn't read it until I saw this book advertised. I'm so glad it worked out that way because reading both, one after another, was a joy.

In both books, you truly become invested in how the characters deal with all the issues and dilemmas they face. World politics is naturally involved in such important events, so there are plenty of characters to dislike intensely. Some even seem to be pulled from the present but I'm sure that is just my take on it and not something the author meant to happen (which he clearly states at the beginning of the book).

Overall the key characters of Dan McCarthy, his brother Clark and Dan's entrusted media friend Emma are well drawn and they act in a fairly natural manner, well, as best as they can in both books considering the out of this world events they are presented with. What I mean is, they don't all suddenly turn into superpowered ninjas saving the world.

The story is long and yes there is some padding where I feel the author repeated an event from book #1 too many times, perhaps forgetting he had covered it earlier but that is a matter of some extra editing on his part. It is not something I feel I should deduct a ☆ for in this case, as the rest of the book definitely makes up for it. I'm sure however, someone reading this book who hasn't read Not Alone will probably appreciate it. That said, I would definitely encourage you to read Not Alone first.

Not Alone: Second Contact, has everything you want in a book. There is plenty of skullduggery, loads of twists and bucket loads of tension and excitement to keep you going to the end. Perhaps even some aliens!

It is exciting there will be a #3 in this series in which anything could happen but I am pleased to say Not Alone: Second Contact's ending is very nicely tied up for the reader. As the blurb says, absolutely no cliff hangers, nothing forcing you to buy #3, but unsurprisingly, I for one will undoubtedly be doing so.

Not Alone: Second Contact is an excellent read and I'm pretty sure you won't regret adding it to your library, especially as at the moment both this book and Not Alone are both 99p (12/06/18).

Carl Peremans
1.0 out of 5 stars Waste of time
Reviewed in the United Kingdom on 19 June 2018
Verified Purchase
I wonder who recommended it, this simple story could have been told in 100 pages and regarding SF, don’t look for any interesting ideas.
The level would be primary school with very very simple sentences in the style of “OMG, Dan said” and lots of boring digressions. And yes the whole world boils down to the USA, probably the author neverventured outside Montana?
The end is so bland it beggs belief
Read more
5 people found this helpful
Report abuse

Jcloth
3.0 out of 5 stars The Famous 5 meet the aliens
Reviewed in the United Kingdom on 4 August 2019
Verified Purchase
The Famous 5 – Dan, Clark, Timo, Emma and Tara – ride again in this tail of a naughty comet. This could be the sci-fi novel that Enid Blyton meant to write, as Craig Falconer’s somewhat facile writing style is so reminiscent of the good lady. This isn’t a bad book, but it’s no page turner and it's a bit of a let-down after its impressive predecessor. There’s too much padding, too much repetition, too many blind alleys and false starts – a bit like real life, I guess, but do you want so much mundane trivia in a thriller? The most disappointing thing is the lack of style and flair in the writing – Mr Falconer is imaginative enough, but he’s no Stephen King or Dean Koontz, and that ultimately leaves the reader feeling unfulfilled.
Read more
One person found this helpful
Report abuse

Roarton
1.0 out of 5 stars Leave me alone...
Reviewed in the United Kingdom on 23 November 2018
Verified Purchase
I genuinely can't understand the praise for this book. The writing is elementary using one-dimensional characters and has more padding than a restraint cell- which is where I wanted to throw myself. I started skipping pages and then chapters to try and find any meaningful alien interface. Having found some at the very end of the book, even this was stupendously boring. Instead of being lost in the story, I constantly had an image in my mind of a male version of Dame Sally Markham in Little Britain who incessantly pads her Cartlandesque prose to achieve a word count target.
I don't think the film rights are going to be snapped up any time soon.
Read more
One person found this helpful
Report abuse
See all reviews
Get FREE delivery with Amazon Prime
Prime members enjoy FREE Delivery and exclusive access to movies, TV shows, music, Kindle e-books, Twitch Prime, and more.
> Get Started
Back to top
Get to Know Us
Make Money with Us
Let Us Help You
And don't forget:
© 1996-2020, Amazon.com, Inc. or its affiliates