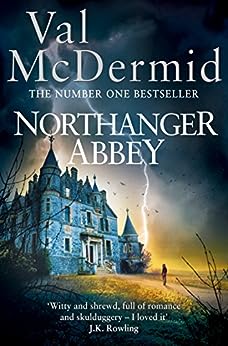 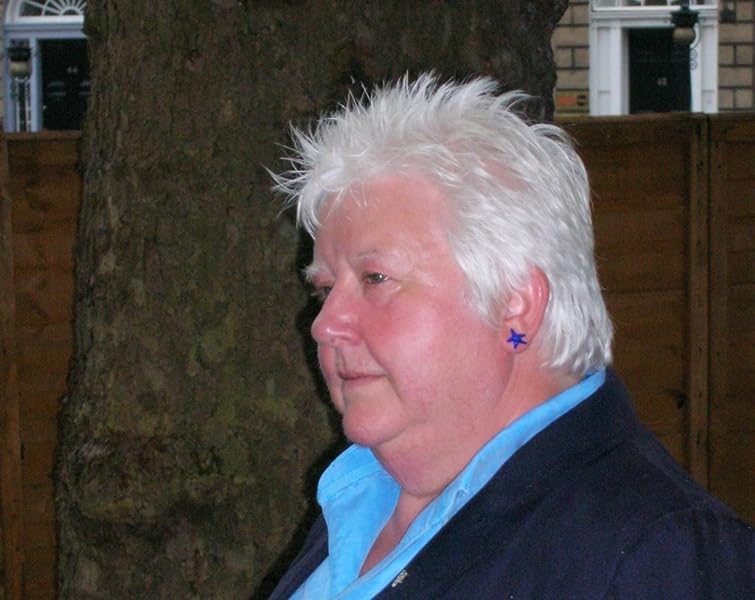 'Val McDermid’s brilliant re-working of Jane Austen’s original shows that innocent, bookish girls in thrall to the supernatural have changed surprisingly little in two centuries. Witty and shrewd, full of romance and skulduggery – I loved it'
J.K. ROWLING

‘I picked up Northanger Abbey one evening and didn’t stop reading until I’d finished it. It’s an exquisitely realised tale of the uncertainty and brutality of teenage years told with the lightness of touch and humour that Val is famous for. Utter brilliance from McDermid’ SUSAN CALMAN

‘McDermid’s reworking of the original novel is intelligent, amusing and well-written… captures beautifully how it feels to be a teenager… McDermid is a subtle and witty writer and it’s hard to imagine a better evocation of the spirit of the original’ THE TIMES

‘A fun rendering… McDermid’s Abbey, with its passageways and dark corners, is fantastic, and this novel is a lark’ SUNDAY TIMES

‘McDermid’s great virtue is to have made Austen’s characters seem fresh in the way they would have been for her first readers… I can imagine Jane herself applauding.’ SUNDAY EXPRESS

‘note perfect… breezy, vital, inventive… Her obvious pleasure in the task is as contagious as Austen’s wit.’ THE SCOTSMAN

Praise for The Austen Project:

‘The Austen Project is a breathtaking tribute to Jane Austen. I can’t wait to read the other five “updates” while being reminded to reread, joyfully, the originals’ Washington Post

Val McDermid is the author of twenty-five bestselling novels, which have been translated into thirty languages, and have sold over ten million copies. She has won many awards internationally, including the CWA Gold Dagger for best crime novel of the year. She was inducted into the ITV3 Crime Thriller Awards Hall of Fame in 2009 and was the recipient of the CWA Diamond Dagger in 2010, awarded for sustained excellence and significant contribution to crime fiction. She has a son and a dog, and lives in the north of England.

3.5 out of 5 stars
3.5 out of 5
468 global ratings
How are ratings calculated?
To calculate the overall star rating and percentage breakdown by star, we don’t use a simple average. Instead, our system considers things like how recent a review is and if the reviewer bought the item on Amazon. It also analyses reviews to verify trustworthiness.

Janetka
4.0 out of 5 stars Brilliantly Modernised
Reviewed in Australia on 29 May 2014
Verified Purchase
I read Jane Austen's version first to get me in the mood for Val McDermid's version. I think the author has done a brilliant job of moving the story and characters into "now" and has kept the plot and the social commentary in tact.
Like Austen, McDermid was very tongue in cheek and you had a sense of fun throughout the book, even with its gothic undertones.
Even if you have not read the original, I would recommend this book as a really enjoyable read.
Read more
Helpful
Report abuse

max d
3.0 out of 5 stars For young readers
Reviewed in Australia on 5 May 2016
Verified Purchase
The story was readable but I was disappointed because it lacked substance. More for young readers than adults. I found the ending a bit abrupt, it quickly tied off lose ends but left me feeling ripped off. I loved the original version and that may have coloured my enjoyment.
Read more
Helpful
Report abuse

Katherine Simms
3.0 out of 5 stars a fun modern adaptation
Reviewed in Australia on 3 May 2014
Verified Purchase
Cat Morland IS silly. Jane Austen made it so. she was easy to ridicule in the original, and even more so in this. The bringing of the novel into this century has been deftly done. I enjoyed the setting of the Edinburgh Festival and had a good laugh at the General's reason for sending Cat home. A bit of fluffy fun. I'm an Austen fan and an looking forward to the next modern adaptation...enjoyed Trollope's take on Sense and Sensibility too.
Read more
Helpful
Report abuse

Amazon Customer
3.0 out of 5 stars interesting adaptation best for teenagers and young adults
Reviewed in Australia on 22 June 2014
Verified Purchase
It was interesting to read the adaptation by Val McDermid. She did a good job following the original story into modern times. It is a bit cringeworthy sometimes and might be best left to teenagers and young adults. I think I'll stick to the original!
Read more
Helpful
Report abuse

Annzid
1.0 out of 5 stars Mortgaged Abbey
Reviewed in Australia on 27 April 2014
Verified Purchase
Lots of words but a thin plot with silly teenage issues. Trivial and light weight romance. Characters didn't get to Abbey until well over half way through book.
Read more
Helpful
Report abuse

Kerry Muir
2.0 out of 5 stars I expected more
Reviewed in Australia on 27 April 2014
Verified Purchase
I am a fan of Val McDermid and I think I had the wrong expectations. I found the original Northanger Abbey soppy, and this was no better.
Read more
Helpful
Report abuse

Andrew
3.0 out of 5 stars Very different to other Val McDermid books
Reviewed in Australia on 10 June 2014
Verified Purchase
It was enjoyable but I wasn't really expecting the gossipy nature of the story-telling.
Competely different to her normal thriller/detective genre.
Read more
Helpful
Report abuse
See all reviews

Anz
5.0 out of 5 stars Perfection
Reviewed in the United Kingdom on 14 February 2021
Verified Purchase
This is a brilliant re-imagining of Austen’s work.
First for the Austen fans: if you are a purist who dutifully reads but always hates any kind of re-writing or continuation, do not bother, you will only hurt yourself.
If you are a fan who enjoys the odd modernisation and adaptation, this is one of the best I’ve read (and I have read a lot). The feel of the original and the subtlety of the social commentary is very much present, and the gothic undertones just as delightful. The setting of the Edinburgh festival is a wonderful way of introducing our new Catherine to society. The characters are all faithful to the originals. Catherine is a sheltered young girl taking the world by storm. Henry, just as witty and modest, and the pairing just as endearing. However, in their new surroundings of the modern world, they are more youthful, making this more of a young adult story in its tone. Some of the dialogue and slang is a little dated, but that is easily overlooked.
Finally, for or those of you wondering why I keep comparing this to Jane Austen and those of you (god forbid) wondering who Jane Austen is, no prior knowledge of the original is needed to enjoy this book, it is light hearted and heart-warming, but I would suggest you get cracking with the classics.
Read more
One person found this helpful
Report abuse

Alexandra
4.0 out of 5 stars A fine text
Reviewed in the United Kingdom on 6 July 2020
Verified Purchase
I liked this book. For me it wasn't bad. Adapting Austen is hard. I read reviews online. People found it hard to believe a girl could consider the Tilneys as vampires. That's the point of satire. Making an early 19th century novel modern is a challenge. Some people fail to grasp what they read. Miss Morland read Radcliffe, Cat reads about vampires. Teenagers have an imagination. I had no problem with that bit. Bloggers claim Cat reads only Twilight, which is false. She reads Pride and Prejudice and zombies, as well as the prequel to Jane Eyre. That prequel is a real book, published and reviewed. It describes how Rochester met his wife and why he employed a servant to stay in the attic. What is not real is the Hebridean harpies series. McDermid invented that. References to being a Jane Austen heroine are included in McDermid's novel. Bella Thorpe claims that Ellie Tilney is so formal in her speech as if she came straight out of Pride and Prejudice. There is another reference to an Austen heroine, but don't want to spoil it. What I found hard to believe was that Bella Thorpe got engaged to James Morland at a young age. Also Ellie Tilney is old enough to go to art college. It is implied she has A levels, so she must be 19. Anyway she is a bit older than Cat. However Ellie can't leave her father who wants her to marry. Can't she get a job in the 21st century. She doesn't need Henry marrying Cat to find the courage to defy her father. She sells her mother’s jewels to pay college fees. Couldn't she do it before, instead of complaining to Cat about her father’s strict rules? I liked that Henry is a lawyer, which is more modern than a clergyman. The Allens are like in the original except that Mr. Allen comes to Edinburgh to rest, rather than treat his gout. Mrs. Allen shops and complains she doesn't know anyone like in Austen. In this version Mr. Allen is involved in the theatre and goes on holiday. I think Edinburgh does stand in nicely for Bath as there's a book festival and film festival to replace the amusementa of Austen's time. There's even a Highland Ball in this modern version. The rich still live in the UK and have ballrooms, so that wasn't over the top. Cat sits out a dance to avoid dancind with Thorpe like in the original, but the whole etiquette associated with clothing and meeting new people is less formal. I found the sms rather funny and references to Twitter hilarious, but the author had to do something to replace letters. Postcards were also mentioned. It was ok.
Read more
Report abuse

Artemis
5.0 out of 5 stars Gothic novel redux!
Reviewed in the United Kingdom on 5 February 2019
Verified Purchase
Rather unexpectedly I thoroughly enjoyed this.
The tone was pitch perfect. Austen's Catherine and Isabella segued plausibly into Cat and Bella with foolishness intact. General Tilney was reliably awful as before and his dispatching of Catherine onto a long distance bus journey home simply perfect.
If you enjoyed the original, I suspect you will (shamefully) find pleasure in this one.
Read more
4 people found this helpful
Report abuse

Conway Stewart
4.0 out of 5 stars Intriguing!
Reviewed in the United Kingdom on 27 May 2021
Verified Purchase
As I read, and met characters that one finds in Festival Edinburgh - reminiscent of those who impinged on my social awareness in student days - I kept asking myself why I was reading this strange work, so unlike Val's more familiar style. I wasn't driven to great passion by it, but I couldn't stop reading it, fascinated. Whilst brimming with the familiar, it retained an unworldly atmosphere of not-quite-reality, testing the reader's loyalty to the key characters as the plot develops. For those who have read the original Northanger Abbey, this is a wonderfully-worked social commentary of current times, based on the Jane Austen model. Val knows how to write!
Read more
Report abuse