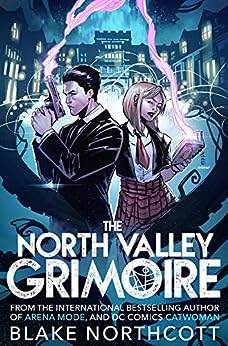 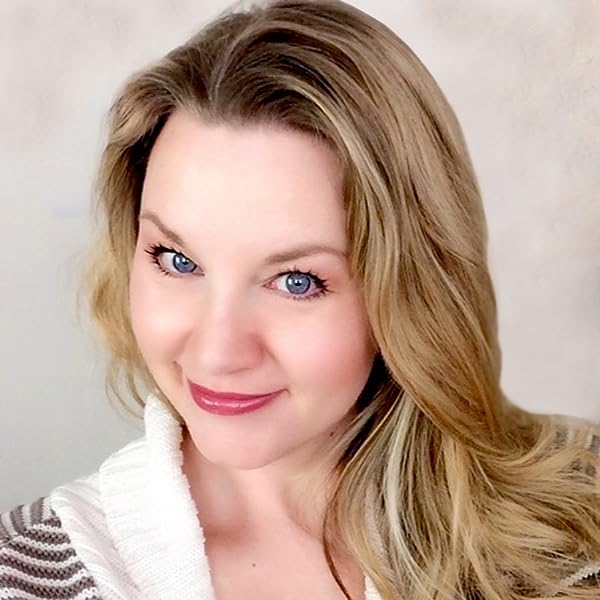 Norman J Osmond
5.0 out of 5 stars Another great book from the pen (computer) of Blake Northcott
Reviewed in Australia on 14 January 2019
Blake has seamlessly moved from superheroes to magick. Yes, magick is real and this book weaves a spell all of it's own. Once you pick it up you won't be able to stop reading.
Read more
Helpful
Report abuse
See all reviews

F. Sayed
5.0 out of 5 stars A fantastic read
Reviewed in Canada on 15 February 2019
Verified Purchase
This is first book by Northcott that I've read. I was pleasantly surprised. The storyline is engaging from start to finish. I'm looking forward to more books from Blake Northcott.
Read more
Report abuse

Ryne Billings
5.0 out of 5 stars A Must Read
Reviewed in the United States on 12 January 2019
Verified Purchase
Blake Northcott’s North Valley Grimoire is an outstanding blend of mystery and the occult. It really can be called a paranormal spy thriller, packed with secret agents, a well developed system of magick, and enough twists and turns to keep anyone hooked. You can easily see the love and dedication the author put into it.

Given that the book is newly released, I will be keeping this spoiler free as much as possible, but even so, there is a lot to say.

I primarily want to bring up three points: delivery of the world building, the protagonist, and what seems to be the target audience.

Any time you find a new series where magic exists in a more modern setting, exposition dumps seem to be a necessary evil, but such is not the case here. Any exposition only serves to give you a taste of the world and makes you want more. I cannot say how impressed I am.

The protagonist (Calista Scott) truly impressed me too. As a seventeen year old girl with an imprisoned mother and a private school attendee, there should be no point where I can feel common ground with her, and that would be fine. As a reader, I don't need to relate to the protagonist, just to find reason to root for them. Yet, I really did relate to her at various points in the story.

And I am also thoroughly impressed with how clean the story is while retaining maturity. It really is a novel that can be read by pretty much anyone.

Paul R. Baumeister Jr.
4.0 out of 5 stars A Lot of Fun, not just a YA novel
Reviewed in the United States on 18 August 2019
Verified Purchase
This book from Blake Northcott was a blast. Northcott has a great handle on dialogue, keeping things moving with wit & humor, but not bogging things down or going overboard. Her characters all stay pretty true to themselves, & it’s pretty easy to get a handle on their personalities. Northcott’s narrative is entertaining, full of some great lines & descriptive original metaphors you just don’t expect.

The fantasy aspect is handled very well. There were a few times I thought Northcott was gonna cheat, getting her main character out of a bind by breaking the “rules” she’d laid out. At the last second, though, she’d pull that dangling bit bait back & resolve an issue in a way that was pretty satisfactory.

It is pretty easy to see that Northcott has a background in comicbook storytelling, because there were times that things happened fast... not action, so much as plot transitions & emotional jumps. Most of the time, it works, but there were a few points that could have been allowed to play out a little longer. In comics, the writer has 25 to 30 pages to tell a story, & things have to happen a little quicker. In a novel, rushing an emotional transition can lessen the impact on the characters.

This was a great book, & I’m looking forward to the follow ups...
Read more
2 people found this helpful
Report abuse

J.R. LeMar
5.0 out of 5 stars A Thrilling Mix of Genres!
Reviewed in the United States on 14 January 2019
Verified Purchase
Blake Northcott has managed to craft this engaging story which seamlessly mixes real world issues with fantastical elements, populated with memorable characters that make you care about them. Right from the first paragraph, I was hooked, and could hardly put it down, all the way to the surprising climax! I highly recommend this for fans of action, suspense, and magick!
Read more
2 people found this helpful
Report abuse

Brian G.
5.0 out of 5 stars 4 1/2 Stars -- very enjoyable urban fantasy with a believable magical system
Reviewed in the United States on 25 January 2019
Verified Purchase
This was my first book by Blake Northcott, but it won't be my last. The book was very enjoyable and kept my interest (and also kept me up way too late on more than one night), which is all too rare these days. It even sprung a few surprises on me that I genuinely didn't see coming (which is even more rare). I will now be diving into Northcott's back catalog. If this one is any indication, she is likely to join my short list of "must buy" authors: Jim Butcher, Larry Correia, John Flanagan, and Rob Kroese. If you like urban fantasy, well-thought-out magical systems (a la Brandon Sanderson), and teen protagonists that don't act like typical teen protagonists, you really should check this out.
Read more
Report abuse
See all reviews
Back to top
Get to Know Us
Make Money with Us
Let Us Help You
And don't forget:
© 1996-2021, Amazon.com, Inc. or its affiliates