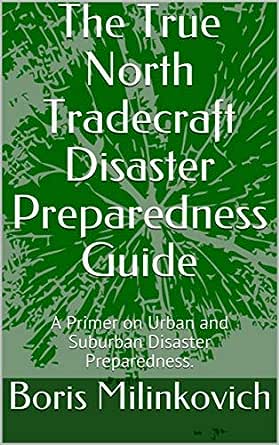 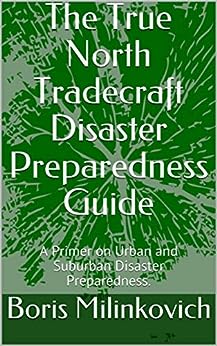 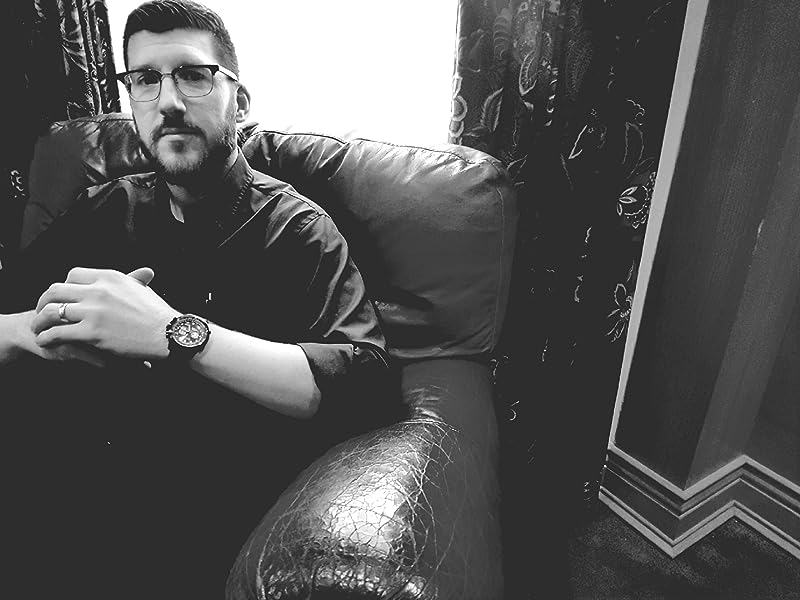 People living in Urban and Suburban environments face unique challenges when faced with environmental and man-made disasters. Due to population density and sometimes limited space, disaster preparedness plans need to be tailored and streamlined into an efficient and effective (yet flexible) format. The True North Tradecraft Disaster Preparedness Manual is a primer for those wishing to establish such a plan to effectively mitigate the negative effects which such disasters and emergency situations can bring to bear.

The True North Tradecraft Disaster Preparedness Guide: A Primer on Urban and Suburban Disaster Preparedness is your blueprint to get you ready for unexpected eventualities. It outlines the basics of survival and preparedness in an urban & sub-urban context, giving you a foundation to create your own preparedness plan, build emergency and disaster readiness kits, as well as processes to put into place before something happens.

Many people to whom I have spoken about preparedness are uneasy about starting, stating their biggest challenge was not knowing where to start. This book gives the beginner (as well as the seasoned planner) a solid foundation on which to build.

When you fail to plan you plan to fail…don’t let not knowing stop you. Get started today to be ready for tomorrow.
click to open popover

renee soeterik
5.0 out of 5 stars Really clear and well-presented ideas
Reviewed in Canada on 19 October 2019
Verified Purchase
Focus on self-reliance using practical methods with an emphasis on prevention. This book will come in VERY handy in unexpected situations. EXCELLENT resource to have at home.
Read more
Helpful
Report abuse

Brian Opdenkelder
4.0 out of 5 stars Clear and concise. Great value.
Reviewed in Canada on 11 December 2019
Verified Purchase
A clear, concise how-to manual for anyone interested in sharpening their emergency preparedness game.

I’ve been practising and teaching emergency preparedness and response for over 15 years, and I took away several nuggets of solid gold from this book.

Amazon Customer
5.0 out of 5 stars Everybody needs to read this book!
Reviewed in Canada on 16 February 2019
Verified Purchase
Practical knowledge for all
Read more
One person found this helpful
Helpful
Report abuse

Matt Hoagland
5.0 out of 5 stars Must Have!
Reviewed in the United States on 1 February 2019
Verified Purchase
Informative & Well Written! Great resource to read, learn & keep refreshing. I’d like to think I’m pretty well versed on the subject but I definitely learned a few new concepts here. Well worth the money. Stay Prepared & Aware! Thank You.
Read more
One person found this helpful
Helpful
Report abuse