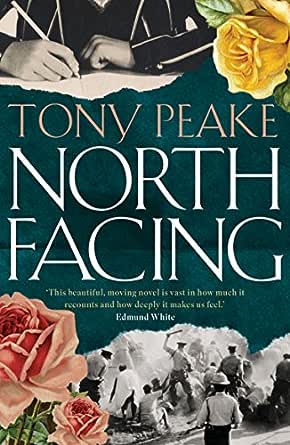 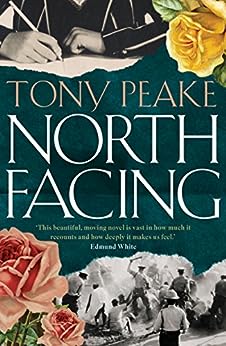 Tony Peake was born in South Africa but has lived most of his life in London. He is an acclaimed short story writer with work in many anthologies including The Penguin Book of Contemporary South African Short Stories, The Mammoth Book of Gay Short Stories, and Best British Short Stories 2016. He is the author of two novels, A Summer Tide (1993) and Son to the Father (1995), both published by Abacus, and a biography of Derek Jarman(Little, Brown,1999). --This text refers to the paperback edition.

J. E. Michie
5.0 out of 5 stars From boy to man - how South Africa has changed.
Reviewed in the United Kingdom on 30 October 2017
Verified Purchase
Tony Peake is a South African author who has lived in the UK for many years. ’North Facing’ is his third novel, and if you are interested in South Africa, its past history and what it is like now - this is a must-read.

Set mainly in Pretoria, the story moves between St Luke’s, a private boarding school for boys in 1962, and the present time.
Mandela has been arrested as a result of a CIA tip of which has set off chain of events leading him to become internationally known; and on the other side of the world, the Cuban Missile crisis is unfolding. Could there be a nuclear holocaust? There is also the underlying tension of the politics of apartheid.

The boys at St Luke’s realise from the the attitudes of teaching staff and their parents that something extremely serious – dangerous even – is going on but do not really understand what it entails which gives the book an edgy tension which builds as the story unfolds.
The author shows how a child, in fact children in general, don’t see the full picture of what is happening in the world. They live and experience their own smaller universes, and it is only with the hindsight of adulthood that they can make sense of how people behaved and why.

The protagonist, Paul Harvey, born in South Africa, is the only child of English parents. He is an intelligent rather quiet lad who has an extremely close relationship with his mother. She is ambivalent about living in South Africa, and conveys that feeling to her son.

At school most children want to be recognised by, and included in, what is seen as the dominant peer group – and Paul is no exception. An Afrikaner farmer’s son, Andre du Toit is a bullying boy who rules his little gang with a psychological rod of iron, and the members of the group are all desperate for his approbation. Eventually the beam of du Toit’s favour shines upon Paul and he joins the club. This leads to a series of events which he doesn’t quite understand, but which have devastating consequences for some of the teachers and staff at the school.

The latter part of the book is when Paul, now in late middle-age – returns to South Africa and goes on a private quest to right the wrongs he thinks he unwittingly did when a schoolboy. having carried an uneasy burden of guilt for many years.

I loved the characters of both Paul the boy and Paul the man, they were very real to me. Of course it helped that I too went to a single-sex boarding school in South Africa in the 1960s (although not a boy!) and I could relate to the circumstances, the school life, the slang the boys used, the casual, ignorant, attitude of white children to black adults and why they were kept living separately.

‘North Facing’ is a great addition to the canon of South African literature which depicts those cruel, difficult, yet exhilarating times in a country that was mostly cut off from the world at large.
I couldn’t recommend it more highly.

Rob S
2.0 out of 5 stars A bit of a let down
Reviewed in the United Kingdom on 3 May 2018
Verified Purchase
I'm not sure what I expected but felt 'so what' by the end. I was disappointed by this book. I felt led on as if something significant was going to happen but then nothing did. South Africa has so much recent history to put into a novel but this hardly showed. I wouldn't choose to read another book by this author.
Read more
Report abuse

janet kennedy
5.0 out of 5 stars Five Stars
Reviewed in the United Kingdom on 19 January 2018
Verified Purchase
at first a very easy read...and then lots of deeper thoughts. So a super book on many levels
Read more
Report abuse

Linda Ihle
5.0 out of 5 stars A Word Tapestry of Guilt, Enlightenment & Expiation
Reviewed in the United States on 17 June 2019
Verified Purchase
This novel is so well-crafted, highly evocative (especially for Southern Africans) of the 'bad old days' of apartheid and the paranoia that prevailed, as thick and as toxic as mustard gas in the air; the atmosphere and complexion of private (white) boys' schools - one can smell the hostel, the kitchen, the chalk-dusty classrooms - I cannot recommend this book highly enough. Well done, Tony Peake - long may you live to create more such masterpieces.
Read more
Report abuse
See all reviews
Get FREE delivery with Amazon Prime
Prime members enjoy FREE Delivery and exclusive access to movies, TV shows, music, Kindle e-books, Twitch Prime, and more.
> Get Started
Back to top
Get to Know Us
Make Money with Us
Let Us Help You
And don't forget:
© 1996-2020, Amazon.com, Inc. or its affiliates