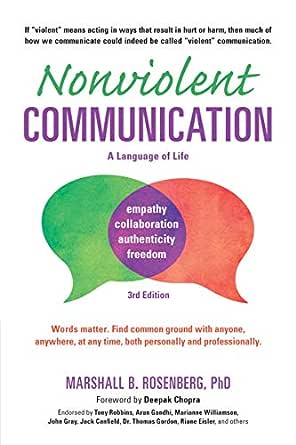 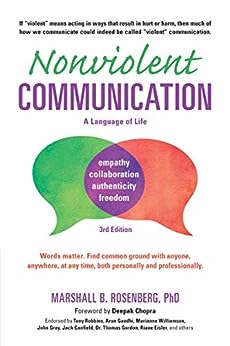 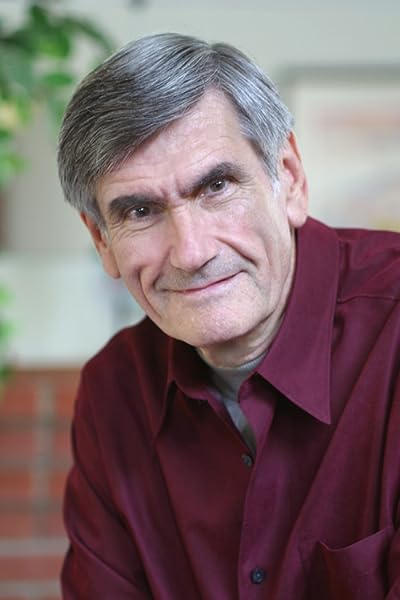 Marshall B. Rosenberg, PhD (1934-2015) founded and was for many years the Director of Educational Services for the Center for Nonviolent Communication, an international peacemaking organization. During his life he authored fifteen books, including the bestselling Nonviolent Communication: A Language of Life (PuddleDancer Press), which has sold more than one million copies worldwide and has been translated into more than 30 languages, with more translations in the works. Dr. Rosenberg has received a number of awards for his Nonviolent Communication work including:
2014: Champion of Forgiveness Award from the Worldwide Forgiveness Alliance
2006: Bridge of Peace Nonviolence Award from the Global Village Foundation
2005: Light of God Expressing in Society Award from the Association of Unity Churches
2004: Religious Science International Golden Works Award
2004: International Peace Prayer Day Man of Peace Award by the Healthy, Happy Holy (3HO) Organization
2002: Princess Anne of England and Chief of Police Restorative Justice Appreciation Award
2000: International Listening Association Listener of the Year Award Dr. Rosenberg first used the NVC process in federally funded school integration projects to provide mediation and communication skills training during the 1960s. The Center for Nonviolent Communication, which he founded in 1984, now has hundreds of certified NVC trainers and supporters teaching NVC in more than sixty countries around the globe. A sought-after presenter, peacemaker and visionary leader, Dr. Rosenberg led NVC workshops and international intensive trainings for tens of thousands of people in over 60 countries across the world and provided training and initiated peace programs in many war-torn areas including Nigeria, Sierra Leone, and the Middle East. He worked tirelessly with educators, managers, health care providers, lawyers, military officers, prisoners, police and prison officials, government officials, and individual families. With guitar and puppets in hand and a spiritual energy that filled a room, Marshall showed us how to create a more peaceful and satisfying world. --This text refers to the paperback edition.

"Nonviolent Communication connects soul to soul, creating a lot of healing. It is the missing element in what we do." --Deepak Chopra, author of How To Know God

"Dr. Rosenberghas brought the simplicity of successful communication into the foreground. No matter what issue you're facing, his strategies for communicating with others will set you up to win every time." --Anthony Robbins, author, Awaken the Giant Within and Unlimited Power

"Nadella's time as CEO was initially shaped by Marshall Rosenberg's 'Nonviolent Communication, ' which he asked his top executives to read. This was the first indicator to senior leadership that Nadella would not operate like his predecessors" -- Satya Nadella, Microsoft CEO, Business Insider

"Upon becoming Microsoft CEO, Satya Nadella asked his top executives to read Marshall Rosenberg's Nonviolent Communication. . . . If empathy as a measure of emotional IQ is a predictor of success, then Nadella hit the nail on the head by inculcating the corporate giant with the trait from top to bottom. Why else is empathy important? Microsoft is both a services and a product company, and its offerings have to resonate with users. Nadella states: 'You have to be able to say, "Where is this person coming from? What makes them tick? Why are they excited or frustrated by something that is happening, whether it's about computing or beyond computing?"' -- Harry McCracken, Fast Company

"You have to be able to say, 'Where is this person coming from?' he says. 'What makes them tick? Why are they excited or frustrated by something that is happening, whether it's about computing or beyond computing?' There's far more to McCracken's outstanding piece. Nadella gave him a close and honest look at both himself and Microsoft, and the result is a fun must-read." -- Ben Kerschberg, Forbes --This text refers to the paperback edition.

4.7 out of 5 stars
4.7 out of 5
2,732 global ratings
How are ratings calculated?
To calculate the overall star rating and percentage breakdown by star, we don’t use a simple average. Instead, our system considers things like how recent a review is and if the reviewer bought the item on Amazon. It also analyses reviews to verify trustworthiness.

Z. DING
5.0 out of 5 stars Classic that works
Reviewed in Australia on 27 September 2020
Verified Purchase
This book contains so many wisdom that anyone can use it to benefit their relationship with others, at least avoid upsetting people by giving inappropriate evaluations. The author surprised me that even praise and compliment are still judgements that should be used carefully.

I gained most from chapter "The protective use of force", it teaches me effective tools to avoid using punitive forces when communicating with my child. I guess why nonviolent communication works is because it brings you inner peace.
Read more
Helpful
Comment Report abuse

Pierluigi
5.0 out of 5 stars Highly recommended!
Reviewed in Australia on 21 December 2018
Verified Purchase
I am extremely grateful to the late Marshall Rosenberg for the extensive research and continuous practice he did to achieve the results offered in this book. He gave me a tool that can assist me to sort myself out in distressful situations and help others in similar conditions
Read more
Helpful
Comment Report abuse

Andrew Whalan
5.0 out of 5 stars Read This
Reviewed in Australia on 25 May 2019
Verified Purchase
This book...a set of jewels set before me and I’ve yet to hold them all...read and try to apply this book.
Read more
Helpful
Comment Report abuse

gavino mattioli
5.0 out of 5 stars Easy to read, engaging, soothing, a gift of hopes
Reviewed in Australia on 10 October 2017
Verified Purchase
Written in a simple and direct language, enriched by transcripts of real conversations, offers inspirations for better communication within ourselves and with other
Read more
Helpful
Comment Report abuse

Lorelle Rousso
5.0 out of 5 stars Five Stars
Reviewed in Australia on 11 April 2018
Verified Purchase
Everyone would benefit from reading this book and putting into practice what they learnt.
Read more
Helpful
Comment Report abuse

Antonia Burt
5.0 out of 5 stars Thanks
Reviewed in Australia on 18 May 2020
Verified Purchase
Very happy thank you
Read more
Helpful
Comment Report abuse

Connie
5.0 out of 5 stars Should be mandatory reading for all human beings! It really works!! :)
Reviewed in the United Kingdom on 8 January 2017
Verified Purchase
A wonderful solution to the problem of how to communicate pleasantly and effectively with other human beings (some people are easy, but others are a nightmare aren't they?!!) and to how to considerably increase the chances of you getting your needs met and thus not feeling bad. Recommended to me by a professional. I've now recommended this to many of my friends and family. A very easy concept. But the book explains in detail (helpfully, it doesn't go on and on unnecessarily) as to how to apply it and why it works. When I find myself struggling to figure out how to communicate with someone I use this methodology and it really works. :) I have used it amongst other things (1) to avoid getting into one of the usual arguments my mother and I have - NOTHING else has ever prevented this!!!!, (2) to explain to an unpleasant suitor why his behaviour was not acceptable to me, and (3) to explain to a potentially suitable suitor why something he was doing was blocking the potential for us to move towards one another. I.e. Has helped me take control of tricky interactions with human beings and optimise the outcome, minimise the stress and maximise the happiness. And all for a tenner!
Read more
35 people found this helpful
Report abuse

I will recommend this book to anyone going through the 7 year hitch,marriage issues communication problems.

This will be the book that I gift my children once they are ready to start having relationships.

I know I will read this, many times over!
Read more

5.0 out of 5 stars A perfect relationship book
Reviewed in the United Kingdom on 25 November 2019
My marriage began to experience communication problems, Reading this book things changed almost instantly!

I will recommend this book to anyone going through the 7 year hitch,marriage issues communication problems.

This will be the book that I gift my children once they are ready to start having relationships.

I know I will read this, many times over!

Sarah Joiner
5.0 out of 5 stars fantastic information
Reviewed in the United Kingdom on 18 October 2020
Verified Purchase
I wouldn't say this book has changed my life. It is written in a way which is clear, but - the communication we receive in real life is anything but clear. In order for the wisdom to reach you, you have to practice NVC in a group. Then, it really can change your life. I am now able to communicate more clearly, listen , really listen, & my relationships with other people has really improved. HIGHly recommended, but its not just reading the book that you need!
Read more
One person found this helpful
Report abuse

Miss S
5.0 out of 5 stars A must read
Reviewed in the United Kingdom on 9 March 2019
Verified Purchase
I don’t usually like self help type books but this book is a real life changer. It’s absolutely fascinating and well put together. It’s hard to implement in daily life without very conscious effort! And if there are people on your life who aren’t on the same level it can be very challenging! Love it though. Highly recommend
Read more
4 people found this helpful
Report abuse

KymH
5.0 out of 5 stars Inspiring and one for repeated reading!
Reviewed in the United Kingdom on 19 December 2017
Verified Purchase
I heard about this book via an interview with Microsoft's CEO Satya Nadella, It has really inspired me to think about how I communicate. It's accessibly written and through lots of practical examples, Rosenberg shows how addressing needs can prevail in the face of overwhelming judgement and conflict. This is one book that is going back on the shelf for repeated reading!
Read more
3 people found this helpful
Report abuse
See all reviews
Get FREE delivery with Amazon Prime
Prime members enjoy FREE Delivery and exclusive access to movies, TV shows, music, Kindle e-books, Twitch Prime, and more.
> Get Started
Back to top
Get to Know Us
Make Money with Us
Let Us Help You
And don't forget:
© 1996-2020, Amazon.com, Inc. or its affiliates