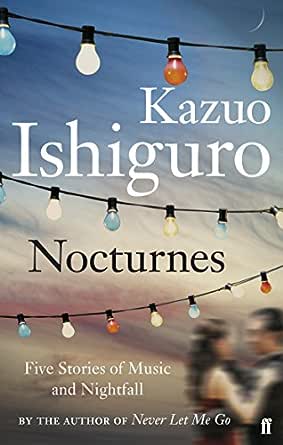 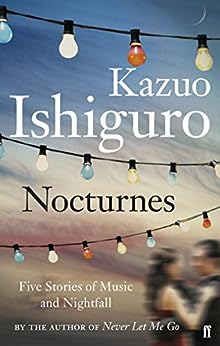 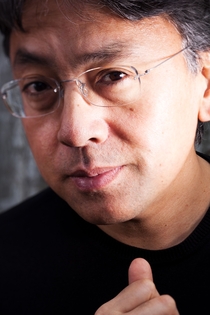 "Expressive and harmonic, delicate yet substantive. . . . [A] true virtuoso performance."--Christian Science Monitor
"In both craft and substance Nocturnes reveals a master at work."--Seattle Times
"Immaculate."--Los Angeles Times
"Ishiguro is, as always, a master of style and tone . . . . [Nocturnes] build[s] into a melancholic soundtrack. We're helpless to do anything but listen."--Time Out New York
"Tight and assured. . . . Suffused with sympathy." --Time
These stories recall Ishiguro's best known novel, The Remains of the Day. . . . By now it is clear that this exquisite stylist is serious in his pursuit of a minimal - perhaps even universal - mode of expression for the emotional experiences that define our lives as human. The Times, London
Superb . . . a deceptively plain and easy style that rides on the surfaces of manners and decorous behavior. Providence Journal
"A brilliant new book . . . art, its dangers, its pains and its gaiety [are] all topics seriously considered in this accomplished book."-Frank Kermode, London Review of Books
"Ishiguro blends musical concepts with their literary counterparts in his latest work, and Nocturnes has the . . . quality of a song cycle with recurring themes and motifs developed in different prose keys."--Bookmarks magazine" --This text refers to an alternate kindle_edition edition.

Kazuo Ishiguro was born in Nagasaki, Japan, in 1954 and came to Britain at the age of five. He is the author of six novels: A Pale View of Hills (1982, Winifred Holtby Prize), An Artist of the Floating World (1986, Whitbread Book of the Year Award, Premio Scanno, shortlisted for the Booker Prize), The Remains of the Day (1989, winner of the Booker Prize), The Unconsoled (1995, winner of the Cheltenham Prize), When We Were Orphans (2000, shortlisted for the Booker Prize) and Never Let Me Go (2005, Corine Internationaler Buchpreis, Serono Literary Prize, Casino de Santiago European Novel Award, shortlisted for the Man Booker Prize). Nocturnes (2009) was awarded the Giuseppe Tomasi di Lampedusa International Literary Prize. Kazuo Ishiguro's work has been translated into over forty languages. The Remains of the Day and Never Let Me Go have also been adapted into major films. In 1995 Ishiguro received an OBE for Services to Literature, and in 1998 the French decoration of Chevalier de L'Ordre des Arts et des Lettres. He lives in London with his wife and daughter. --This text refers to an alternate kindle_edition edition.

4.2 out of 5 stars
4.2 out of 5
207 global ratings
How are ratings calculated?
To calculate the overall star rating and percentage breakdown by star, we don’t use a simple average. Instead, our system considers things like how recent a review is and if the reviewer bought the item on Amazon. It also analyses reviews to verify trustworthiness.

S.M. Johnson
5.0 out of 5 stars People and some Music
Reviewed in the United Kingdom on 3 October 2016
Verified Purchase
I bought this after reading 'Never Let Me Go' An absolute master of the novel, I wanted to read his short stories. A difficult genre and if successful they stay within the mind for a long time. My favorite short story writer is Somerset Maugham. He was writing a long time ago, and I consider Kazuo Ishiguro to be a very worthy successor for today. Strange, whimsical, with the 'unfinished' element that seems to come so successfully with this genre. The thread of music, and some characters appearing in more than one story it is a powerful and unusual collection.
Read more
3 people found this helpful
Report abuse

Cheshire Tiger
4.0 out of 5 stars Pleasant, Light and Whimsical
Reviewed in the United Kingdom on 9 November 2010
Verified Purchase
This was the choice of our Book Club, and when I saw the title I thought, "oh dear; it'll be for refined people in English cathedral cities who will read it over a cup of Earl Grey, listening to Chopin in the background". Well, not exactly. In fact I doubt if the book would appeal to them.

You see this book spans the "pop/classical divide" which, the author points out, was once so well embedded. The English like their divides, but that one has had its day. In fact a sub-theme of the book is the meeting of different cultures: normally young men and older, richer women from elsewhere. The embryonic relationships described are interesting, but never get intimate.

I found the book a pleasant, light read and quietly amusing in its way. I didn't particularly warm to (m)any of the characters, but they were well-drawn. And the stories were intriguing too. I'm glad I read them.

debbie williams
3.0 out of 5 stars Very disappointing stories
Reviewed in the United Kingdom on 23 April 2019
Verified Purchase
No complaints regarding the seller or delivery but the book was disappointing. The short stories seemed to have no real structure or relevant conclusion other than one of them. Not a book I would recommend or read again
Read more
Report abuse

CAT WALES
5.0 out of 5 stars A LOVELY READ
Reviewed in the United Kingdom on 7 February 2018
Verified Purchase
I really enjoyed these short stories ...gives a good insight into the some of the changes we undergo in our relationships as we go through life.
Read more
Report abuse

Andrew Thomas Croft
5.0 out of 5 stars A quirky and captivating collection
Reviewed in the United Kingdom on 15 August 2019
Verified Purchase
Superb delivery of short stories offering a range of emotional experiences to the reader from a variety of situational narratives. Sublime language usage is couched within highly descriptive passages.
Read more
Report abuse
See all reviews
Get FREE delivery with Amazon Prime
Prime members enjoy FREE Delivery and exclusive access to movies, TV shows, music, Kindle e-books, Twitch Prime, and more.
> Get Started
Back to top
Get to Know Us
Make Money with Us
Let Us Help You
And don't forget:
© 1996-2020, Amazon.com, Inc. or its affiliates