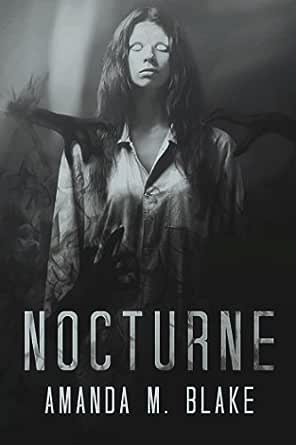 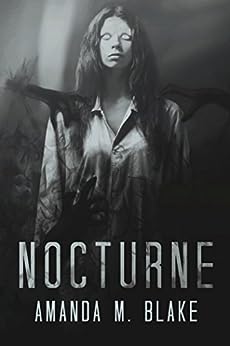 Every dream a nightmare.
And every nightmare…real.

It’s been eight years since the car accident that stole Callie’s voice and plagued her with terrifying nightmares every night. Four years since her family wrote her off as a lost cause and abandoned her at a boarding school for troubled teens. Despite friction with some of the other residents, seventeen-year-old Callie has nevertheless thrived in a place where they don’t expect her to be normal, but she’s not sure she’s able to thrive anywhere else.

Down in the darklands, she can speak.

As her waking life deteriorates under the weight of exhaustion and other complications, Callie’s nightly forays into the nightmare world also begin to take their toll. And it’s getting harder to tell which world is really the nightmare.

Amanda M. Blake is a cat-loving daydreamer who enjoys geekery of all sorts, from superheroes to horror movies, urban fantasy to unconventional romance. She was born and raised in Texas, attended Trinity University in San Antonio, and graduated in 2008 with a bachelor's degree in English. Still in the process of finding her own personal normal, she supplements her mild hoarding tendencies and dreams of gothic minimalism with day-job data entry and analysis. Nocturne is her first novel.
click to open popover

Rebecca G.
5.0 out of 5 stars Amazing! Loved it!
16 June 2018 - Published on Amazon.com
I didn't want to put this book down! It kept my interest from cover to cover! I enjoyed each twist and turn! It is really creative and the author used vivid details in her writing! Loved it!
Read more
Go to Amazon.com to see all 1 reviews 5.0 out of 5 stars
Get FREE delivery with Amazon Prime
Prime members enjoy FREE Delivery and exclusive access to movies, TV shows, music, Kindle e-books, Twitch Prime, and more.
> Get Started
Back to top
Get to Know Us
Make Money with Us
Let Us Help You
And don't forget:
© 1996-2020, Amazon.com, Inc. or its affiliates