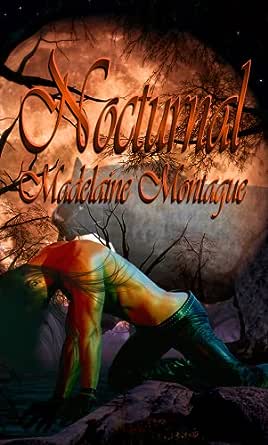 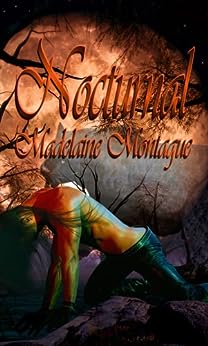 Mariella Altimeter
4.0 out of 5 stars Different plot makes a great story.
Reviewed in the United Kingdom on 18 April 2009
Verified Purchase
Though the book seem to be quite dark it has humour in it. I really enjoy the story.
We have Alaina trying to live in her newly inherited house next to a hunting club which members keep shooting at her property. And then coming to find a friendly black phanther in one of her shed. This panther named 'Ralphie' is in actual fact is shapeshifter 'Raphael' who is out for revenge to find the hunters that have killed his mate and cubs. He is also the oddjob man that Alaina bump into and offer him a job to put up fences around her property to keep her safe
Raphael eventually come to have feelings for Alaina though it wasn't what he was looking for as for Alaina she ran away from him the first time she see him shifting from panther to human.They eventually fell in love.
Great Sex scene - hot.
Great book - should get it if you can.
Read more
One person found this helpful
Report abuse

NeverTooMuchRomance
3.0 out of 5 stars Entertaining, fast paced read
Reviewed in the United States on 23 July 2007
Verified Purchase
The overall premise of a shapeshifter trying to take revenge on those who have killed his family is pretty basic. The hero felt lust for the woman who happened to live nearby the villian, had sex, eventually couldn't live without her. Yada..yada...yada...the problem keeping it from being a great or must read is that the relationship didn't really develop, instead it was just two people in close proximity who were attracted to one another. The writing was fast paced and well written though and so it was an entertaining read.
Read more
7 people found this helpful
Report abuse

D. C. Russell
1.0 out of 5 stars So-so
Reviewed in the United States on 6 October 2007
Verified Purchase
There are a very few books I don't finish reading. I didn't finish this one. It wasn't the erotica that bored me but the wobbly plot.
Read more
One person found this helpful
Report abuse

JLW
2.0 out of 5 stars Maybe 2 1/2 stars
Reviewed in the United States on 14 May 2012
Verified Purchase
In general I like this author's work, but this one left me cold. There just wasn't enough POV from the male lead. Other than lust, there was no build-up as to why these two people wanted to be with each other. You could kind of guess for the female lead, but the male, ehh. A similar tale by Angela Castle, "Tiger Mine" does a much better execution of developing the characters and the romance.
Read more
Report abuse
See all reviews
Get FREE delivery with Amazon Prime
Prime members enjoy FREE Delivery and exclusive access to movies, TV shows, music, Kindle e-books, Twitch Prime, and more.
> Get Started
Back to top
Get to Know Us
Make Money with Us
Let Us Help You
And don't forget:
© 1996-2020, Amazon.com, Inc. or its affiliates