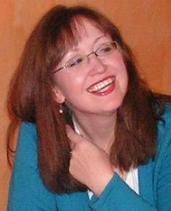 No Rest for the Wiccan Mass Market Paperback – 1 November 2008

"Alt has a surefire winner on her hands."

Madelyn Alt is the author of the Bewitching Mysteries. A born aficionado of all things paranormal, she currently spends her days toiling away in the mundane world of business and her nights writing tales of the mysterious. She loves chocolate, Siamese cats, a shivering-good ghost story, the magic in the world around us, and, sometimes, more chocolate.

Chrijeff
4.0 out of 5 stars Ghosts and murder
Reviewed in the United States on 15 May 2011
Verified Purchase
Amateur sleuth and developing empath-neopagan Maggie O'Neill finally admits in this fourth volume of the Bewitching Mystery series that something sinister may be afoot in Stony Mill, Indiana. Three murders closely spaced in and around a heretofore quiet Midwestern burg certainly hints that "chaos energy" is on the move, and for Maggie its presence becomes personal when her older sister Mel, six months pregnant, is put on bed rest and Maggie is volunteered into helping her mother look after Mel, her house, and her two little girls. For, as Maggie soon discovers, Mel's house (notwithstanding its newness) is haunted. Mel's daughters have acquired a couple of benevolent invisible friends, Coco and CeeCee--and something else, which Maggie "[isn't] sure had ever been human," has also come to visit. Now Maggie is faced with a choice: recruit her neopagan ghost-hunting friends to exorcise the house--and risk her devoutly Catholic mother finding out about it--or risk her sister and nieces coming to spiritual harm. And then a friend of Mel's loses her much older husband in a fall which may or may not have been an accident. Are the two connected, or is it just coincidence? Being, in a sense, personally involved, Maggie can't help taking a hand in the investigation. She also finally acquires the small black cat who's been the logo of the series since its inception (I'd been wondering why that cat was there!). Although the might-be murder is well handled, I thought the best part of the book had to do with Mel's ghosts--how Maggie and her friends experience, explain, and deal with them: Alt clearly knows her neopaganism and writes what she knows, as every teacher tells you to do. What will be made of the "chaos energy" angle is yet to be seen, but this is still a good sound occult/cozy mystery that will satisfy readers of the previous volumes.
Read more
Report abuse

Amazon Customer
5.0 out of 5 stars Bewitching book
Reviewed in the United States on 11 November 2008
Verified Purchase
This is the number 4 in the Bewitching Mystery series and it is by far the best. I'm impressed at the improved quality of the writing as well as the progression of the characters especially Maggie. When I first started this series, Maggie was too immature, whiny, and annoying, but I've stuck with the series because I saw it's potential. In this fourth book we see that life in Stoney Mill, Indiana, is getting more exciting for Maggie her family and friends. Stony Mill is undergoing a change. Even Tom, Maggie's sometimes cop boyfriend, has noticed that there is an unusual amount of trouble in Stony Mill. Now even her very pregnant, bed ridden, gossipy sister, Mel, has a ghost in the house and she begs Maggie to help her get rid of it, so Maggie, Liss and Marcus go to her house and do their magic. Instead of being discreet, Mel gossips about the "witches" and Stony Mill residents now know there are witches at Enchaments. There is another storyline involving one of Mel's friends and her murdered husband. Maggie, Tom and Marcus together solve this mystery. Maggie's love life is still complicated and she feels torn between Tom and Marcus, and although there is no resolution to this story angle, we are provided a hint at the end of the book. One very cute addition to the series is Maggie's new kitten....adorable! All in all a fun, entertaining, well written addtion to the series. I look forward to the next Bewitching Mystery.
Read more
One person found this helpful
Report abuse

G. Robinson
2.0 out of 5 stars Good read a little above average for the genre
Reviewed in the United States on 1 June 2009
Verified Purchase
To clarify I use 1 star for not recommended and 2 stars for average this book is about 2 1/2 stars as its a little above average. Still a good read.

There are too many plots/subplots and none developed fully except the murder at the feed mill. That has a Deus ex machina ending and a fairly obvious villain. Mel (Maggie, the heroine's sister) and her; haunts, dippy friends, and big mouth is one--although anyone with talent who messes with a Ouija board is nuts--that gets resolved well. Maggie and her boss Liss getting outed as witches is another (the author doesn't make distinctions between the Wiccan [a religion], a witch [can be a practitioner of either sex] and a practitioner)--but hey this is fantasy--and that subplot is left hanging. And then there's Maggie and her two boy friends; Tom, a cop who is not sure about her talent, and Marcus, a fellow practitioner. She is rather like
T.S. Eliot (1888-1965). Prufrock and Other Observations. 1917.
The Love Song of J. Alfred Prufrock
"...Shall I part my hair behind?
Do I dare to eat a peach?
I shall wear white flannel trousers, and walk upon the beach...."
and the indecisiveness gets old.

Character development is very weak except for Maggie, the rest range from spear carriers to not really developed.

Still some good writing and a good if not great read.
Read more
2 people found this helpful
Report abuse

Rose
5.0 out of 5 stars This series just gets better and better!
Reviewed in the United States on 26 January 2014
Verified Purchase
Another rollicking good story. Maggie is still working with Liss at Enchantments. She finds out from her mother that her sister Melanie is been required to stay in bed for the third trimester of her pregnancy due to complications. Her mother guilts Maggie into helping her out with taking care of Mel and her two daughters during the evening before her husband gets home and to give her mom a break. Between ghosts and a murder and other complications life just keeps getting more and more interesting for Maggie. And it doesn't help that hurt her tentative relationship with Tom seems to be going nowhere while the one with Marcus just keeps throwing itself in front of her and complicating things. I highly recommend this series to anyone who likes a good paranormal mystery!
Read more
Report abuse
See all reviews
Get FREE delivery with Amazon Prime
Prime members enjoy FREE Delivery and exclusive access to movies, TV shows, music, Kindle e-books, Twitch Prime, and more.
> Get Started
Back to top
Get to Know Us
Make Money with Us
Let Us Help You
And don't forget:
© 1996-2020, Amazon.com, Inc. or its affiliates