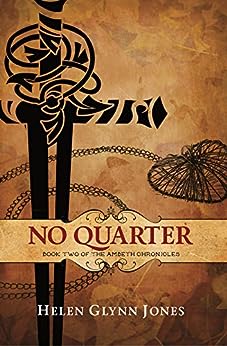 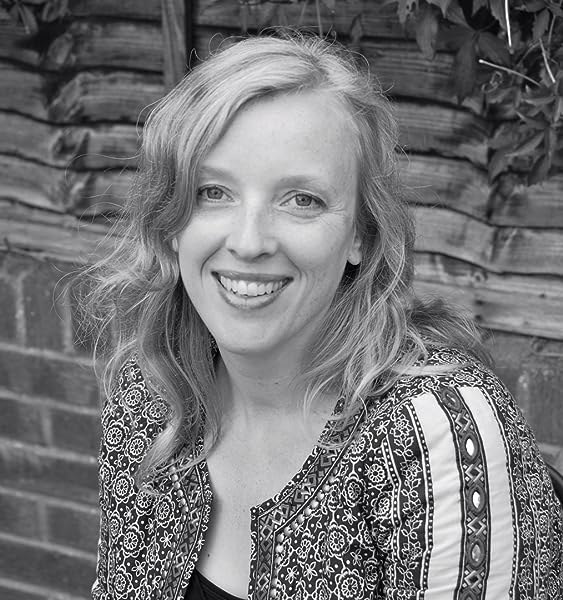 by Helen Jones (Author) Format: Kindle Edition
See all formats and editions
Sorry, there was a problem loading this page. Try again.

Book two in the acclaimed YA fantasy series, The Ambeth Chronicles

Things should be great for Alma. She's returned the lost Sword to Ambeth and is finally with Deryck, Prince of the Dark.

But the twisted currents of Ambeth run deep...

Deryck is struggling with his father, who wants to control Alma, while Alma has to deal with her best friend Caleb, who doesn’t trust Deryck at all. Plus it’s getting harder and harder to keep up with her life in the human world. Quests and friendship all fall by the wayside when there's romance to be had, and spending time with handsome Deryck is much more appealing than with an increasingly angry Caleb. The Light are always talking about making choices, so they shouldn't have a problem with her choosing to be with Deryck. Besides, he'll protect her from his father - won't he?

Falling in love shouldn’t be this difficult. But things are about to get much worse...

No Quarter is book two of The Ambeth Chronicles. Books one, three and four are also available, with book five coming soon!

Helen Jones loves to write. That's all there is to it. Growing up in Coventry, she then lived in Canada and Australia before returning to the UK some years ago. She now lives in Hertfordshire with her husband and daughter and spends her days writing, thinking, cleaning and counting cats on the way to school. --This text refers to the paperback edition.

Helen Jones is a prize-winning author of six novels, writing for middle-grade, young adult and adult audiences. She's been published in magazines and anthologies, written for the Writers &amp; Artists website and The Guardian, and created regular content for a variety of businesses and publications in Australia and the UK.

Born in the UK, Helen has since lived in both Australia and Canada. A few years ago she returned to her native England where, when she’s not writing stories, she likes to hunt for vintage treasures, explore stone circles and watch the sky change colour. She now lives in Hertfordshire with her husband, daughter, and wonderfully chaotic cockapoo.

Kevin Cooper
3.0 out of 5 stars Wanted More Pace
Reviewed in the United Kingdom on 10 August 2016
Verified Purchase
I have to say, I enjoyed the first book in this series, Oak & Myst, but was rather disappointed with this one. Having said that, before going into details, I must add, the final few chapters were brilliant and show real potential for an excellent conclusion to The Ambeth Chronicles in book three.

The problem with this book is that there simply isn't enough going on beyond the romantic relationship between Alma and Deryck, and some character development. I got bored and found myself putting the book down on several occasions.

Between seventy and eighty percent into the story, the mood and pace completely changes and I was completely drawn in all the way to the end. Sadly, it was too little too late.

Helen's writing skills are excellent. If she could have replicated the kind of mood and pace she had near the end of this work, added it near to the beginning of the book, and again somewhere in the middle, it would have been a complete game changer giving her at least four, if not the full five stars.

Loretta
5.0 out of 5 stars A great read.
Reviewed in the United Kingdom on 11 February 2016
Verified Purchase
What an excellent read! So well written. The author Helen Jones writes in such a way that I felt every emotion that all the characters in this story felt. I can honestly recommend this book. Can't wait! for the next one.
Read more
Report abuse

Edward Maher
4.0 out of 5 stars Book drags on for profit sake
Reviewed in the United States on 4 March 2016
Verified Purchase
I kick myself for falling into this unending emotional roller coaster. This is for those who can do nothing but check into heartbreak hotel.
Read more
Report abuse

Amazon Customer
5.0 out of 5 stars Fabulous series
Reviewed in the United States on 18 January 2016
Verified Purchase
I loved it and the third is coming out soon. I can't wait!
Read more
Report abuse
See all reviews
Back to top
Get to Know Us
Make Money with Us
Let Us Help You
And don't forget:
© 1996-2021, Amazon.com, Inc. or its affiliates