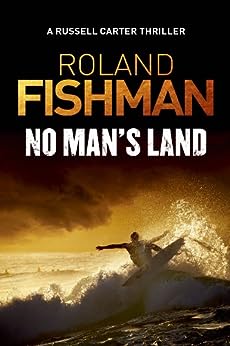 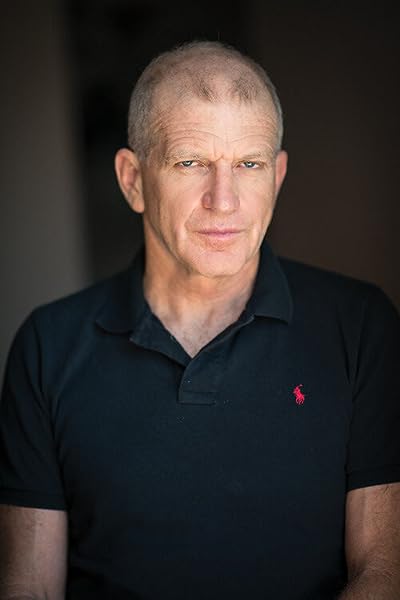 3.9 out of 5 stars
3.9 out of 5
239 global ratings
How are ratings calculated?
To calculate the overall star rating and percentage breakdown by star, we don’t use a simple average. Instead, our system considers things like how recent a review is and if the reviewer bought the item on Amazon. It also analyses reviews to verify trustworthiness.

Kelewa 12
5.0 out of 5 stars Bond or Bourne?
Reviewed in Australia on 23 May 2020
Verified Purchase
An Australian edge to Jason Bourne.
The Australian scenes were realistic,although I have never been to Indonesia so can't comment about that part. An interesting insight about what motivates terrorists and how they might think. I read this in 24 hours during the Coivid 19 lockdown.

Lorraine Edgell
4.0 out of 5 stars Very Good Read
Reviewed in Australia on 24 September 2018
Verified Purchase
I enjoyed 'No Mans Land" it wasn't the type of story that I'd read in the past, I chose it through recommendation and interest about how it was written. Prior to that, I had never read a Russel Carter book. I liked the Australian/Indonesian theme and there were enough drama and suspense scenes to keep me wondering. The tension between the two main characters added another dimension to the drama. Descriptive prose drew me into the scenes and all in all it held my interest until the end. It was well written and clear and that kept the story moving all throughout the book. I couldn't tell which way was going to end. A bit of twist at the end. I recommend it for an engaging story to enjoy.
Read more
Helpful
Report abuse

Wendy
4.0 out of 5 stars Good story
Reviewed in Australia on 28 July 2020
Verified Purchase
Not a bad story overall. Not very Australian though. We have bull bars not crash bars, we don't fly down the highway at miles per hour, it's kilometers and we don't take checks to the bank, it's cheques
Read more
Helpful
Report abuse

Pia Riley
5.0 out of 5 stars If you like your thrillers fast-paced
Reviewed in Australia on 20 August 2014
Verified Purchase
The first book of what I hope will be many in the Russell Carter series, No Man’s Land by Roland Fishman is an absolute cracker of a read. If you like your thrillers fast-paced, with relentless action, page-turning suspense and cliff-hanger moments, then this is the book for you. However, it delivers so much more.

The hero, Special Operative Russell Carter, has walked away from everything he once believed in, including the only woman he has ever loved – Erina Wing.

The book opens with Carter surfing at Lennox Head on Christmas Day, trying to forget his old life. Members of an Indonesian terrorist cell paddle out and try to kill him – then go after every other member of the order, the only family Carter knows and that he abandoned a year ago.

He’s sucked back into a violent world, and must face and defeat old enemies, his own fears, and a terrorist cell intent on destroying Carter, those he loves, the order, and Sydney on New Years’ Eve.

The clock’s ticking against Carter and Erina as they battle a fanatical enemy that always seems one step ahead. If that’s not bad enough, they are forced to face huge sharks, surf monster sea-swells in the dark, escape from a plummeting helicopter and survive deadly attacks in the surf and on land. The story moves from outback Australia to frenetic Kuta, Bali, the wild jungles of Indonesia, to the beautiful Sydney Harbour Bridge on New Years’ Eve.

There are not just thrills, twists and turns exploding off the page. Woven throughout the book is an intriguing love story between Erina and Carter, compelling journeys of several characters (including Carter), to overcome personal weaknesses and find their own peace, and ideas of spirituality and its place in some characters’ lives.

Personally, I absolutely loved the attention to detail, particularly in the action scenes, and the creation of Erina, a strong, intelligent female heroine that matched, and challenged Carter in every way. Fantastic to see such a strong female character in this genre.

This is a cracking, intelligent book that does not let up for a second. There is loads of action, an Australian Bond-like hero, and an equally brilliant heroine in Erina. Underlying the fast-paced action are thoughtful and compelling ideas on spirituality, and the power of love and self-forgiveness. No Man’s Land is a fantastic book that I couldn't put down. A terrific read!
Read more
One person found this helpful
Helpful
Report abuse

Tim_Sydney
TOP 500 REVIEWER
3.0 out of 5 stars The Australian Jack Reacher
Reviewed in Australia on 10 May 2020
Verified Purchase
The Australian version of Jack Reacher, well written but misses the mark in terms of the story. Could of been better
Read more
Helpful
Report abuse

Mark Purser
5.0 out of 5 stars It's a great read, with solid characters, gripping suspense and bursting with intensity and action.
Reviewed in Australia on 18 November 2014
Verified Purchase
I really enjoyed this book. Russell Carter is an awesome character, a not to be messed with secreet agent loaded up with complexities, humanity and a taste for great surf and fine women. The story rollicks along from the get go finds itself twisting and turning through an increasingly tumultuous sequence of events.

Being an Australian male surfer I have spent a lot of time in a number of the locations explored through this book, (Lennox Head, Bali, Sumatra and Sydney) and I found the presentation of them to be surprisingly authentic. Even the surfing (which is usually rubbished in most novels) was presented in an inherently plausible tone.

It's a great read with solid characters, gripping suspense and bursting with intensity and action.
Read more
Helpful
Report abuse

John_Edmo
5.0 out of 5 stars Couldn't put it down
Reviewed in Australia on 3 July 2021
Verified Purchase
A good read. Once I started it was hard to put it down.
I finished it in less than 24 hours.
Hoping that there will be another one to follow on.
Read more
Helpful
Report abuse

Owen Ravenscroft
5.0 out of 5 stars A hell of a ride!
Reviewed in Australia on 17 July 2014
Verified Purchase
A ripping story. A hundred miles an hour from page 1, the book is a real race. Twists and turns when you least expect them. The standout difference between this book and so many others of this genre is Fishman's detail. I learnt so much about religious fundamentalism, terrorist hardware and counter terrorism. It's not all guns and ammo, there's a nice little relationship story constantly percolating on the page as well. Can't wait for the next one.
Read more
One person found this helpful
Helpful
Report abuse
See all reviews

Ann Stanmore
4.0 out of 5 stars A real page turner
Reviewed in the United Kingdom on 15 April 2015
Verified Purchase
An excellent read.. Action all the way, a real page turner. I liked the way the main characters Carter and Erina are portrayed.

I know nothing about surfing but somehow the author made me feel as if I was there on a board!

Look forward to reading the next book by this author.
Read more
Report abuse

Peter Scott
3.0 out of 5 stars So sad.
Reviewed in the United Kingdom on 25 May 2015
Verified Purchase
A good read spoiled by the use of so much unnecessary foul language. The skill of writing is to leave something to the reader's imagination. I will not read any more books by this author. So sad!
Read more
Report abuse

Al D.
5.0 out of 5 stars A great read
Reviewed in the United Kingdom on 12 November 2015
Verified Purchase
This book is well worth a read. The author put the characters together within a story that could actually happen. A great read and a series I will be looking out for.
Read more
Report abuse

Sebastian
5.0 out of 5 stars Great
Reviewed in the United Kingdom on 25 April 2015
Verified Purchase
Good interesting read .Makes you not want to put it down. Not even when it is meal time .I.loved it
Read more
Report abuse
See all reviews
Back to top
Get to Know Us
Make Money with Us
Let Us Help You
And don't forget:
© 1996-2021, Amazon.com, Inc. or its affiliates