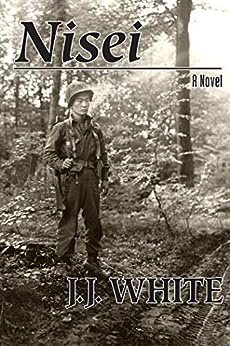 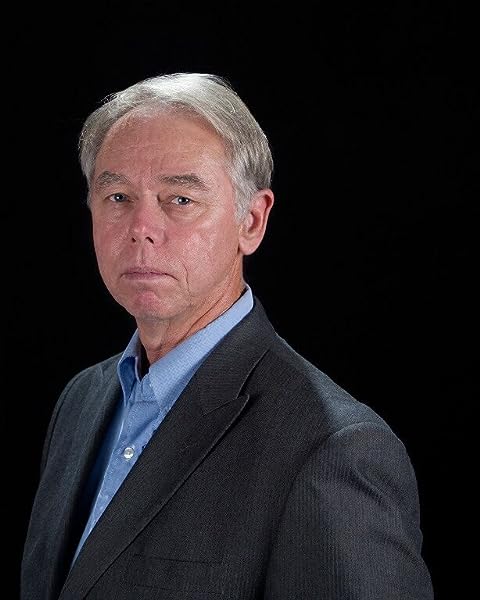 by JJ White (Author) Format: Kindle Edition
See all formats and editions
Sorry, there was a problem loading this page. Try again.
After the attack on Pearl Harbor, the United States Government encouraged all eligible young men to enlist immediately in the fight against its enemies overseas—all eligible young men, except Japanese-Americans. Nisei is the story of Hideo “Bobby” Takahashi, a Hawaiian-born Japanese-American who must overcome prejudice, internment, and the policies of his own government to prove his loyalty to his country. Narrated by Bobby Takahashi and read by his son, Robert, forty-six years after Bobby’s death, the story details the young Nisei’s determination to fight honorably for his country and return to the young love he was forced to leave—a girl he cannot have because she is White.
Read more
Previous page
Next page

J.J. White ( www.jjwhitebooks.com ) has penned eight novels and over three hundred short stories. He has had articles and stories published in several anthologies and magazines including, Wordsmith, The Homestead Review, The Seven Hills Review, Bacopa Review, and The Grey Sparrow Journal. His story, The Adventure of the Nine Hole League, was recently published in the Sherlock Holmes Mystery Magazine, Volume 13. His story, "Lucky Bastard Club" was recently published by The Saturday Evening Post." He has won awards and honors from the Alabama Writers Conclave, Writers-Editors International, Maryland Writers Association, The Royal Palm Literary Awards, Professional Writers of Prescott, and Writer's Digest.

J.J. was recently nominated for the Pushcart Prize for his short piece Tour Bus. His novel, Prodigious Savant, was published in 2014 as part of a three book deal with Black Opal Books. His second novel, Deviant Acts, was published November 14, 2015. He enjoys writing, surfing, golf and tennis. He lives in Merritt Island, Florida with his understanding wife, editor, and typist, Pamela.

4.8 out of 5 stars
4.8 out of 5
18 global ratings
How are ratings calculated?
To calculate the overall star rating and percentage breakdown by star, we don’t use a simple average. Instead, our system considers things like how recent a review is and if the reviewer bought the item on Amazon. It also analyses reviews to verify trustworthiness.

Jeanie
5.0 out of 5 stars Let us not forget.
Reviewed in Australia on 16 December 2016
Having only heard mentioning of the atrocities forced upon American-born Japanese or those who’d immigrated prior to WWII, I was educated to the facts by Nisei. Although, as with all races in the U.S. then and now, there are those who will always have connections—sentimental, familial, and inherited—to their homeland, it is quite difficult to distinguish the terroristic and treasonistic from those who are loyal to America. It is an inner choice, an opinion, just as all things are. Only when the negativity is acted upon—as in death, destruction of property, and imposed fear—that profiling is done, both subconsciously and on purpose.
During WWII, we were battling Germans and Italians in Europe, and had been attacked by the Japanese December 7, 1941. Not only were Japanese Americans being watched, so was anyone with an accent or ties to Europe or Japan. Yet it is what was done to the Japanese that stands out the most. Racism and prejudice spread; the seed of which was fear, just like today. It is only with knowledge, understanding, and love can this be stopped.
In Nisei, an innocent, Japanese American young man’s artwork was used to facilitate the attack on Pearl Harbor. Now we have satellite phones that can transmit instantaneously. It has become technologically challenging to protect our borders, to guard our families, to prevent another 9/11. It is my hope we do not revisit our past mistakes, but we must protect the United States. Thank you, JJ White, for bringing this part of American history to light. Let us not forget.
— CJ Loiacono
Read more
Helpful
Report abuse
See all reviews

Joseph Brewer
4.0 out of 5 stars Compelling saga of a family and history
Reviewed in the United States on 12 April 2018
Verified Purchase
Hideki 'Bobby' Takahashi is a normal kid growing up in Hawaii in the years just before Pearl Harbor. His mother and father came to the islands to find work and avoid starving in their native Japan during the Taisho Era, and created a life for themselves through hard work and determination. Bobby loves to draw, hates the boy who bullies him, and his best friend, a white kid with a sister Bobby adores, sees him through good times and bad.
Then came December 7, 1941.
Nisei is told primarily through a long letter dictated by Bobby for his son, to be read on his 18th birthday. But the son doesn't read it until much later in life, when he is at the lowest point of his life, and ready to end it all. But he discovers the manuscript, and curiosity keeps him reading.
The novel, well crafted and ingeniously simple, kept me reading.
At times while reading Nisei, I thought I could be reading a love story. But the undeniable overarching theme of Nisei, the Japanese term for the children of Japanese immigrants — in this case, Hawaii — is the story of the highly decorated and universally praised 442nd Regimental Combat Team, comprised of Americans of Japanese Ancestory, most of them Nisei. The unit fought with highest distinction in the European Theater during WWII despite the fact many had families in internment camps.
Nisei, through a fictional character, retells many aspects of the unit's campaigns, enough to satisfy any fan of war fiction.
But in the end, Nisei is a love story: father-son; friends who grow up together despite differences of race and religion; forbidden love between a Nisei boy and a Caucasian girl, high school sweethearts swept up in the winds of war and the prejudices of the time.
From the days leading up to the attack on Pearl Harbor, to the summer of 2000, Nisei's retelling of the saga of two families and the unforeseen consequences of desperate decisions makes for fine reading.  And as a bonus, the author has included many references to material he used in his research of the 442nd, and noted the availability of it for those interested. For history buffs, those with an interest in the era, and those interested in the exploits of the 442nd, it is a treasure.
Read more
Report abuse

Kindle Customer
5.0 out of 5 stars Excellent
Reviewed in the United States on 13 December 2018
Verified Purchase
I truly enjoyed this book. I started to read it just to get acquainted but could not put it down. Although it is a work of fiction the author set it in a historical setting. I love the description of life in Hawaii by Japanese Americans, the suffering that they had to endure through internment, the racism, dispossession of their property and separation from families. I also loved the history of the Japanese troops who fought for honor and recognition from a nation who despised them. In the end they proved that they were as committed to the U.S.A. as the white soldiers were. Easy to read, fun and very informative.
Read more
Report abuse

Sarina Rose, author
4.0 out of 5 stars Love this book
Reviewed in the United States on 19 January 2017
Verified Purchase
A beautiful story of the Nisei (Japanese Americans) during World War II from the bombing of Pearl Harbor to the internment camps to enlistment to the European battles. Nisei proves to be an intense look at the prejudice and the policies of the U.S. government, J.J. has wrapped all of this in a love story.
Read more

4.0 out of 5 stars Love this book
Reviewed in the United States on 19 January 2017
A beautiful story of the Nisei (Japanese Americans) during World War II from the bombing of Pearl Harbor to the internment camps to enlistment to the European battles. Nisei proves to be an intense look at the prejudice and the policies of the U.S. government, J.J. has wrapped all of this in a love story.
Images in this review

Ohanachief
5.0 out of 5 stars Family was go for broke
Reviewed in the United States on 14 March 2019
Verified Purchase
I like any true story about the 442/100. My dad and 4 uncles were part of the 442 and 100
Read more
Report abuse
See all reviews
Report an issue
Does this item contain inappropriate content?
Report
Do you believe that this item violates a copyright?
Report
Does this item contain quality or formatting issues?
Report