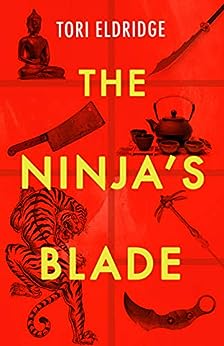 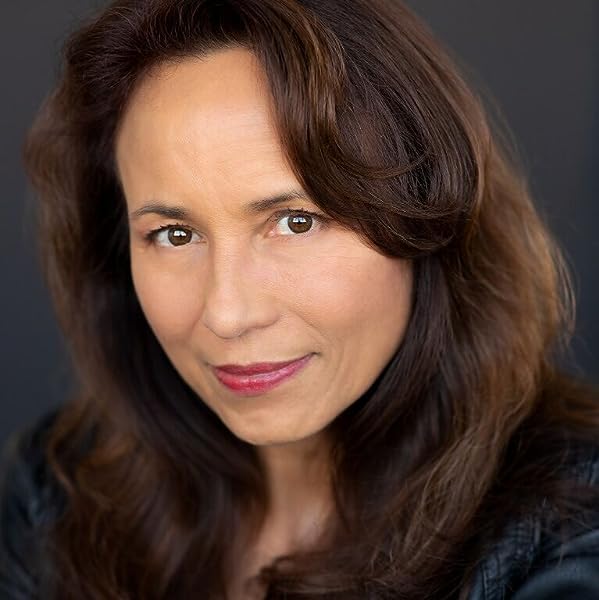 by Tori Eldridge (Author) Format: Kindle Edition
Book 2 of 3: Lily Wong
See all formats and editions
Sorry, there was a problem loading this page. Try again.
Lily Wong—a Chinese-Norwegian modern-day ninja—has more trouble than she was bargaining for when controlling grandparents arrive in Los Angeles from Hong Kong at the same time she goes undercover in the dangerous world of youth sex trafficking. As she hunts for a kidnapped prostitution victim, a missing high school girl, and a sociopathic trafficker, the surviving members of a murderous street gang hunt for her. Life would be easier if Lily knew who to trust. But when victims are villains, villains are victims, and even family is plotting against her, easy is not an option. All Lily can do is follow the trail wherever it leads: through a high school campus polarized by racial tension or the secret back rooms of a barber/tattoo/brothel or the soul-crushing stretch of Long Beach Boulevard known as The Blade. She relies on her ninja skills to deceive and infiltrate, rescue and kill—whatever is necessary to free the girls from their literal and figurative slavery. If only those same skills could keep Lily’s conniving grandparents from hijacking her future.
Read more
Previous page
Next page

Tori Eldridge is the Anthony, Lefty, and Macavity Awards-nominated author of the acclaimed Lily Wong series: The Ninja Daughter, The Ninja’s Blade, and The Ninja Betrayed (out 9/14/21). Her short stories have been published in horror, dystopian, and other literary anthologies, and her narrative poem appears in the inaugural reboot of Weird Tales magazine. Tori’s screenplay The Gift earned a semi-finalist spot for the Academy Nicholl Fellowship. Before writing, she performed as an actress, singer, dancer on Broadway, television, and film. Tori holds a fifth-degree black belt in To-Shin Do ninjutsu and has traveled the U.S. teaching ninja martial arts and women’s empowerment. Visit her website at https://torieldridge.com.

Tori Eldridge is the national bestselling author of the Lily Wong series—THE NINJA DAUGHTER, THE NINJA'S BLADE, and THE NINJA BETRAYED—nominated for the Anthony, Lefty, and Macavity Awards for Best First Novel, named one of the "2019 Best Mystery Books of the Year" by The South Florida Sun Sentinel, and awarded 2019 Thriller Book of the Year by Authors on the Air Global Radio Network. Her shorter works have been published in horror, dystopian, and other literary anthologies, including the inaugural reboot of WEIRD TALES. Her screenplay THE GIFT earned a semi-finalist spot for the Academy Nicholl Fellowship. Tori introduces another empowered female protagonist May 24, 2022 in her Brazilian horror novel, DANCE AMONG THE FLAMES.

Before writing, Tori performed as an actress, singer, dancer on Broadway, television, and film, and earned a fifth-degree black belt in To-Shin Do ninja martial arts. She is of Hawaiian, Chinese, Norwegian descent and was born and raised in Honolulu where she graduated from Punahou School with classmate Barack Obama. Tori’s deep interest in world culture and religions has prompted her to visit nine countries, including Brazil..

Middle-of-the-nighter
5.0 out of 5 stars Superhero Lily Wong Won't Let Go of You!
Reviewed in the United States on 4 November 2021
Verified Purchase
Get your chores out of the way, because there's no leaving this rollercoaster ride until the story's over - and maybe not even then... I love a story that I can't put down once I've started and that I'm still thinking about days, even weeks after I finish it. This is one of those books. In The Ninja's Blade, Lily Wong takes us into the labyrinth of youth sex trafficking. Guilt and redemption are always strong drivers - add her mistrust of law enforcement, her frustration with a broken system for helping the victims/punishing the traffickers, and Lily must employ all of her ninja training to get her through a maelstrom of danger and betrayal. That Lily struggles with the consequences of her actions while trying to maintain her dutiful daughter persona only makes her that much more endearing.

The Ninja's Blade is the 2nd book in the Lily Wong Series. You don't need to have read the first one (The Ninja Daughter - also highly recommend) to "'get" this one. Nor do you have to be into martial arts, although if you are, I'm sure you will have a much higher appreciation of some action scenes. If you're unsure whether this is your cup of tea, remember - the best things in life are just outside our comfort zones...
Read more
Report abuse

Delia C. Pitts
5.0 out of 5 stars Non-stop, heart-pounding action
Reviewed in the United States on 22 September 2020
Verified Purchase
This exciting sequel delivers non-stop action with plenty of heart. The stories of the trafficked girls are wrenching in their detail and desperation. Lily Wong is a gritty unflinching hero for our times.
Read more
4 people found this helpful
Report abuse

Crusader
4.0 out of 5 stars The ending...
Reviewed in the United States on 29 June 2021
Verified Purchase
was incredibly emotional 😢. To know these atrocities happen everyday all over the world is sickening. I liked the 1st book better, but this one had me more vested by the end.
Read more
Report abuse

DanA
5.0 out of 5 stars A really good book
Reviewed in the United States on 21 October 2020
Verified Purchase
Lily Wong is an awesome heroine and you get to see a lot of different sides to her life.
Read more
2 people found this helpful
Report abuse
See all reviews
Report an issue
Does this item contain inappropriate content?
Report
Do you believe that this item violates a copyright?
Report
Does this item contain quality or formatting issues?
Report