Nineteen Minutes and over 1.5 million other books are available for Amazon Kindle . Learn more
Share <Embed> 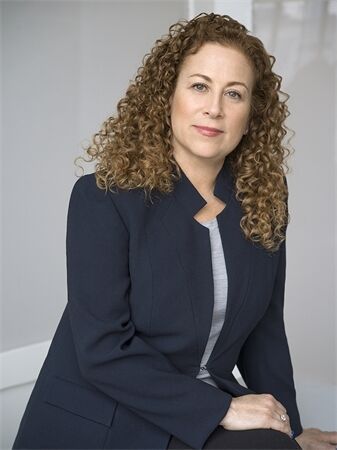 Page 1 of 1 Start overPage 1 of 1
Previous page
Next page
Start reading Nineteen Minutes on your Kindle in under a minute.

JODI PICOULT is the author of twenty novels. Her most recent, Leaving Time, The Storyteller and Lone Wolf, have all been number one on the Australian and New Zealand fiction bestseller lists. Jodi lives in New Hampshire with her husband and three children. Read more about Jodi on her website: www.jodipicoult.com.au

4.5 out of 5 stars
4.5 out of 5
3,144 global ratings
How are ratings calculated?
To calculate the overall star rating and percentage breakdown by star, we don’t use a simple average. Instead, our system considers things like how recent a review is and if the reviewer bought the item on Amazon. It also analyses reviews to verify trustworthiness.

Peter Eerden
TOP 500 REVIEWER
2.0 out of 5 stars I really want to read a correctly formatted version
Reviewed in Australia on 21 June 2015
Verified Purchase
I read books in kindle as my preferred choice and my reviews are based on this type of reading experience.

I got to about 16% and I had had enough. I am trying to read two timelines and that would not be a problem if the demarcations are transparent. If you are reading one sentence in their here and now and the next sentence drops you back twenty years it gets really annoying. Just because it is an ebook does not give an author or publisher the right to produce a very poor reading experience.

Sort it out. Replace my bought copy with a properly formatted offering and I will happily read on and no doubt give this the review it deserves. Peter Eerden

MillaB
5.0 out of 5 stars Gripping and informative
Reviewed in Australia on 2 November 2016
Verified Purchase
An excellelent and sympathetic insight into the sometimes forgotten "why" such tragedies occur. A sensitive approach to the reasons why/ how they can occur, and the desperation and extreme personal distress that can drive the perpetrator to such desperate measures. It certainly opened my eyes … it was something that had never occurred to me - I had always considered such perpetrators to be monsters of the worst kind, but now I see it in a different light. We need to look to ourselves too, and not be so prompt in condemnation … somewhere along the line, we may well have been partially responsible. Read and learn, and teach your children to treat all people as they themselves would like to be treated.
Read more
One person found this helpful
Helpful
Report abuse

I find Jodi's books predictable - always a twist, and a typical pattern.

I look forward to something new in style from a gifted writer.

Tina
4.0 out of 5 stars Nineteen Minutes
Reviewed in Australia on 16 July 2015
Verified Purchase
As with all Picoult novels she deals with a current phenomenon. Bullying and the repercussions as well as parental upbringing are dealt with as only this author can. A somber theme but an entertaining and insightful book.
Read more
Helpful
Report abuse

Maddison Furley
5.0 out of 5 stars A must read.
Reviewed in Australia on 22 May 2016
Verified Purchase
This is my second time reading this book, the first being when I was in Grade 11, and I enjoyed it just as much, if not, more and I was once again hooked from the first page. I recommended it to everyone. Well written and thoroughly researched, Picoult provides an exceptionally realistic tale that will surely have you hooked. Purchase this book now and I promise you won't regret it!
Read more
Helpful
Report abuse

michelle
5.0 out of 5 stars Wonderful read
Reviewed in Australia on 2 July 2015
Verified Purchase
Absolutely loved this book. I could relate to both sides of each character and felt the pain of what each one was going through.......loved it! Will be giving it to my daughter to read as I'm sure she could relate to it. Well written, well done.
Read more
Helpful
Report abuse

Hayley
4.0 out of 5 stars Interesting and emotive.
Reviewed in Australia on 24 July 2015
Verified Purchase
An emotive read that gives insight into all the difficulties of adolescence. It jumps around in time so does take a little bit to really start to understand the characters. The time jumps can seem like it's start and stop of the story lines however they do allow more of a full life-story which is necessary. The ending was a little anti-climatic, I guess I was expecting more to be revealed for a happier ending.
Read more
Helpful
Report abuse
See all reviews

maureen
3.0 out of 5 stars Thought provoking
Reviewed in the United Kingdom on 11 July 2018
Verified Purchase
I find Jodi Picoult stories hard to read as she always attacks difficult situations making you question your believes. Having said that I have always enjoyed her books as she writes in a very easy flowing manner. This book, like always gripped me from the start and questioned my thoughts on the American gun laws, bullying and the school system in general. However unlike before I feel she failed to develop some of her characters relationships fully and the ending left me filling let down that there was not more to the story. It left with too many questions unanswered about how the characters were going to deal with the situation they had ended up in. I will always read her books but this one is a little disappointing.
Read more
6 people found this helpful
Report abuse

Silvertabby
5.0 out of 5 stars I would recommend this book wholeheartedly
Reviewed in the United Kingdom on 4 April 2016
Verified Purchase
This is a story that delves below the appearance of catastrophic events to unravel the incremental smaller, discrete happenings that lead up to the final explosion where "all are punished". The author is empathic with her characters without being sentimental and portrays the social pressures of of conformity in an American culture where "success" and "popularity" conspire to create a society in a small town where none feel at ease or truly able to express who they are. The shadow of the gun as the ultimate means of resolution of America's problems plays its part in this thoughtful and well plotted story. I would recommend this book wholeheartedly.
Read more
4 people found this helpful
Report abuse

Lucy Kelly
5.0 out of 5 stars Another thought provoking storyline from the Amazing Jodi Piccoult
Reviewed in the United Kingdom on 2 April 2016
Verified Purchase
Another thought provoking storyline from the Amazing Jodi Piccoult. It's been a couple of years since I've read one of Jodi's books and I have not been disappointed in returning to her stories. She amazes me at the amount of research and fine detail that goes into her stories. This time centering on 2 teenagers in particular, Josie and Peter. I do not want to give the storyline away or go into great detail to ruin the book for you but initially, the reader would almost immediately side with the community in blaming one person for the tragic events at the high school but reading deeper into the book, Jodi raises alot of thought provoking questions as to whether one person is responsible for the events or a culmination of persons should be held accountable. Whatever you decide, it will tug at your heartstrings as you feel sorrow and sympathy for all the families involved. She really gets into the "psyche" of Peter & Josie and you discover that nothing is as it seems on the surface, you must dig deeper into your heart & soul to understand the minds of these young people. A brilliant read, can't wait to buy another book!!
Read more
One person found this helpful
Report abuse

Victoria
5.0 out of 5 stars Food for Thought
Reviewed in the United Kingdom on 18 February 2013
Verified Purchase
I've only read one Picoult before (The Pact) and I found it dull - in fact I eventually gave up on all the waffle and just read the ending. I don't know what made me want to give her another go, aside from the fact that my mum told me this one was OK (but then, she will literally read anything), and I thought the subject looked interesting. However I was blown away by this. It probably helps that as somebody approaching this without too much knowledge of Picoult's apparently formulaic novels, I wasn't really sure what to expect.

High school shootings continue and probably - sadly - will continue to be at the forefront of public consciousness, and as the media frenzy that accompanies them portrays the shooters as evil psychopaths and not as victims too, the story is often one-sided. And why should it not be when innocent children lose their lives or sustain horrific physical and mental injuries in a place that should be a sanctuary? However Nineteen Minutes forces the reader to consider these incidents from different perspectives. The shooting itself is horrific, and the aftermath devastating, but Picoult doesn't just show us the effect it has on those who died, those they left behind, and the survivors. She also explores how it is for the family of the perpetrator, and the perpetrator himself - a boy who in so many ways is a victim himself. I found it emotionally confusing to feel sorry for the gunman while also feeling guilty for feeling sorry!

I wouldn't say this is a perfect novel - not only is it full of glaring errors, sometimes it got a bit confusing keeping up with what timeframe I was in. That said, I have still given it five stars, because it did make me think, I couldn't put it down, and while the final twist was perhaps a little obvious (and some may say contrived) it still packed a punch in the final pages.
Read more
6 people found this helpful
Report abuse

Scotlandlassie
3.0 out of 5 stars Disappointing.
Reviewed in the United Kingdom on 9 November 2018
Verified Purchase
Didn’t enjoy this book as much as I have other judi picoult books. I don’t think the character who did the shooting would elicit anyone’s sympathy or understanding. The description of his life did not make me understand in any way why he would have done this. The character needed to be shown to be much more traumatised by his treatment throughout his life to have any sort of understanding for his desperation.
Read more
Report abuse
See all reviews
Back to top
Get to Know Us
Make Money with Us
Let Us Help You
And don't forget:
© 1996-2021, Amazon.com, Inc. or its affiliates