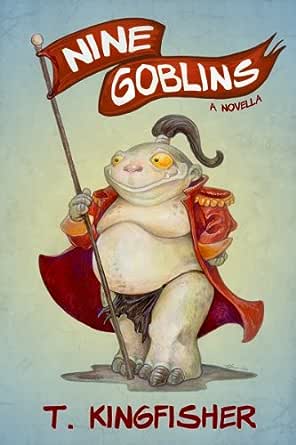 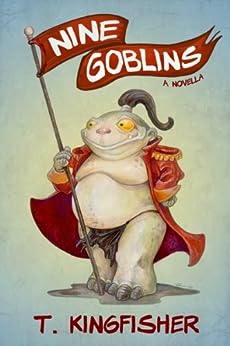 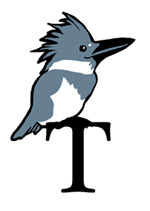 4.7 out of 5 stars
4.7 out of 5
541 global ratings
How are ratings calculated?
To calculate the overall star rating and percentage breakdown by star, we don’t use a simple average. Instead, our system considers things like how recent a review is and if the reviewer bought the item on Amazon. It also analyses reviews to verify trustworthiness.

Amazon Customer
5.0 out of 5 stars I'm obsessed with this author
Reviewed in Australia on 9 June 2020
Verified Purchase
After eventually reading all 41 books in the Discworld series by Terry Pratchett, I've been sampling different authors of this genre for some time now. T. Kingfisher more than fits the bill. There are still goblins and elves, and men with swords - all the essentials - but with a different take on their relationships. I'm now an ardent follower of this author. I think you will love Nine Goblins if you like your swords and sandals.
Read more
One person found this helpful
Helpful
Report abuse

Amazon Customer
4.0 out of 5 stars Excellently grotty and highly recommend!
Reviewed in Australia on 1 October 2019
Verified Purchase
As a few others seem to agree, there is a Pratchette-esque style to Kingfisher's prose which adds a great element of fun and levity and is really enjoyable to read. This seemingly light story is littered with moments of great insight, and the whole book manages to take well worn fantasy tropes and sort of pokes fun at them while happily plodding along their well worn paths, in the best way possible.

The ending was a little... without tension? Everything resolved neatly but it was all a bit sort over and done within the blink of an eye, and left me with the feeling that the heroes hadn't really done all that much about it, somehow.

Still though, gorgeous book and highly recommended. I found myself loving the grotty little goblins!

Ferenc
5.0 out of 5 stars I will never think of goblins the same again
Reviewed in Australia on 4 December 2020
Verified Purchase
A delightful and thoughtful story of the misunderstandings and similarities between, as well as within races, the lot of the soldier , the consequences of drafting civilians into war, the importance of communication before desperation , and listening...
Read more
Helpful
Report abuse

Rohan
5.0 out of 5 stars Elf veterinarian plus cranky unicorn - what's not to love?
Reviewed in Australia on 23 May 2015
Verified Purchase
Loved it. Yes it's short - I could have wished it were longer. I love the quirky humour, the imagery was beautifully done, and there was a freshness to the story that I really enjoyed. So many books seem to be trying to be something else or someone else's, especially in the fantasy genre at the moment. This one isn't.
Read more
One person found this helpful
Helpful
Report abuse

Stephanie
5.0 out of 5 stars A fantastically NEW story!
Reviewed in Australia on 28 April 2014
Verified Purchase
This story is funny, horrifying and intensely imaginative, realistic and inventive. This author has a lot more stories in that head - I hope I get to read them soon!
Read more
One person found this helpful
Helpful
Report abuse

Jenn
5.0 out of 5 stars I adored this
Reviewed in the United Kingdom on 15 September 2020
Verified Purchase
OK. Goblins. We are not talking handsome, sexy heroes here. We are talking about your average grunt in the average war. This actually works as it makes the characters more relatable and believable and even likeable. They could easily be any looked down upon anti-hero. You know the type - gnomes, orks, hillbillies. I went into this book with an open mind and found it funny and sad and a good read and while it is fantasy it had some really valid points to make about society and making assumptions about people. (Yes; I am lumping goblins and elves and humans all as people - that's the point.) I'd say it is a good fairy-tale except it's goblins and they are not like fairies. At all. So let's just call it a good goblin-tale and leave it at that.
Read more
One person found this helpful
Report abuse

Amazon Customer
5.0 out of 5 stars An endearing bunch of misfit Goblins stuck behind enemy lines
Reviewed in the United Kingdom on 17 March 2021
Verified Purchase
"Travelling through thick woods with a troop of goblins is not unlike a nature hike with a group of grumpy toddlers with weapons. They fell into things. They fell out of things. They attacked bushes. The bushes frequently attacked back. They startled small animals, who startled them badly in return, causing them to fall over into more bushes. They stepped on things that were not good to step on, and stepped in things that squelched, or stank, or exploded with spores. Sergeant Nessilka watched as her troop discovered a patch of poison oak, and had to look away."

Nike Goblins is a great fantasy novella, set during a war between Goblins, Humans, and Elves it focuses on Sergeant Nissilka's band of endearing misfit Goblins after they become trapped miles into enemy territory following a scrap with a particularly cowardly Wizard.

It's a fun, witty, and immensely enjoyable romp packed full of humour bearing more than a touch of Tom Holt about it. The Goblins are all brilliant characters and incredibly endearing including the constantly absconding Weatherby, Blanchett and his smarter other half who happens to be a Teddy Bear, and Thumper who desires nothing more than to hit everything in sight. All of whom, and more, that Nissilka needs to corral into being even somewhat useful.

It's just really bloody enjoyable and consistently funny throughout. Definitely one I'll be coming back to for a comfort read.
Read more
Report abuse

M. King
4.0 out of 5 stars Wish it was longer
Reviewed in the United Kingdom on 10 July 2018
Verified Purchase
Doesn’t feel to be a terribly long book which is a shame because it’s highly enjoyable.

It’s not fair to compare to a certain beardy, be-hatted fantasy author no longer with us, but there are undoubtedly some similarities; humour that also shines a light on the human condition.

It’s a simple enough story, it does get slightly grim towards the end, but it’s a great intro to this world.
Read more
4 people found this helpful
Report abuse

Lemurvid
5.0 out of 5 stars Short but very sweet
Reviewed in the United Kingdom on 24 April 2018
Verified Purchase
As usual with Ursula Vernon's stuff, this novella is packed with her usual brand of wit, wisdom and occasional gruesomness. Comparisons to Pratchett are not fanciful, she really is that good, whatever name she writes under. And sometimes, whisper it, she's even better.
Read more
3 people found this helpful
Report abuse

Chenier
5.0 out of 5 stars Superb!
Reviewed in the United Kingdom on 21 May 2014
Verified Purchase
Ursula Vernon, the Hugo award winner for her epic graphic novel 'Digger', has turned her obviously manifold talents to an all text story this time around; her novella 'Nine Goblins' is the extremely satisfying result. It's both laugh out loud funny and deeply sad, sometimes simultaneously, and I commend it to anyone looking for something off the beaten track in war stories, goblins, elves, wizards, and the burdens of command when one of your soldiers is unable to function without a teddy bear attached to his helmet.

I have become rather fond of Sergeant Nessilka and her distinctly motley crew; I do hope that Ursula will take up her nom de plume of T. Kingfisher again and provide us with more of their exploits...
Read more
3 people found this helpful
Report abuse
See all reviews
Back to top
Get to Know Us
Make Money with Us
Let Us Help You
And don't forget:
© 1996-2021, Amazon.com, Inc. or its affiliates