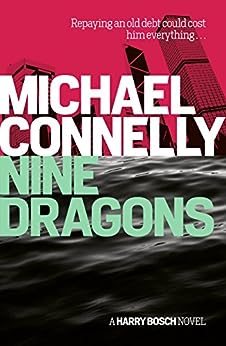 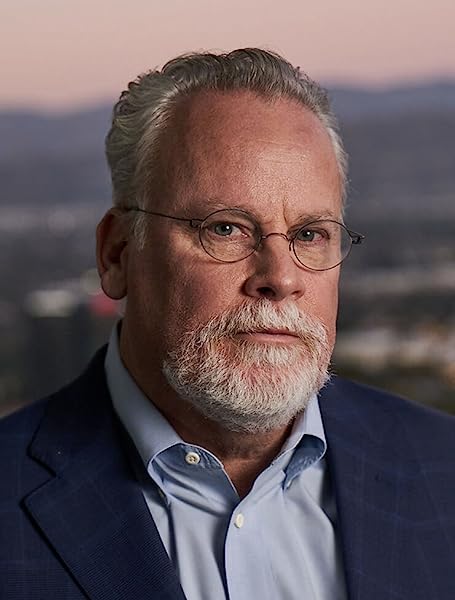 A former police reporter for the Los Angeles Times, Michael Connelly is the international bestselling author of the Harry Bosch thriller series and the legal thriller series featuring Mickey Haller, as well as several stand-alone bestsellers. His most recent #1 bestseller is Dark Sacred Night, in which the legendary Harry Bosch joins forces with Connelly's newest LAPD protagonist, Detective Renee Ballard.

Michael Connelly's books have sold more than seventy-four million copies worldwide. They have been translated into 40 languages and have won awards all over the world, including the Edgar and Anthony Awards. Michael Connelly has also been awarded the 2018 CWA Diamond Dagger, the highest honour in British crime writing.

Connelly is the executive producer of the successful TV series, Bosch, starring Titus Welliver. Bosch Season 4 is now available on SBS in Australia, with Season 5 to screen in 2019 and Season 6 also going into production.

Michael Connelly spends his time in California and Florida.

Harry Bosch's latest case sees him alone, without backup - and this time it's personal --This text refers to an alternate kindle_edition edition.
Read more

4.5 out of 5 stars
4.5 out of 5
3,616 global ratings
How are ratings calculated?
To calculate the overall star rating and percentage breakdown by star, we don’t use a simple average. Instead, our system considers things like how recent a review is and if the reviewer bought the item on Amazon. It also analyses reviews to verify trustworthiness.

Loxy
3.0 out of 5 stars Not as good as other books in this series
Reviewed in Australia on 26 July 2015
Verified Purchase
I've read quite a few Harry Bosch books (not in any order) and usually I really enjoy them for what they are - a good thriller. However, this one just didn't grab me like the others and I think it's mostly because I just found Harry so unlikable this time around. Harry has always been a bit arrogant and controlling but he's also always had a real endearing side too. This time around I just found him plain unlikable and that detracted from the usual pleasure I get from reading this series.
Read more
2 people found this helpful
Helpful
Report abuse

Mr. D. J. Hall
5.0 out of 5 stars Barking Mad
Reviewed in Australia on 6 October 2020
Verified Purchase
Right up there with the very worst of Harry Bosch. Totally ludicrous. Maybe even worse than The Closers. It does serve a purpose in advancing Harry into a new role, but its just so dumb. You have to read it. Its hilarious, in a kind of long winded tragic way.
Read more
One person found this helpful
Helpful
Report abuse

🙂gg
5.0 out of 5 stars Harry Bosch Dilema
Reviewed in Australia on 20 April 2018
Verified Purchase
Another story about the hero Bosch who is involved in investigating a murder involving Chinese both in LA and Hong Kong. As the investigation proceeds Mattie, his daughter is kidnapped. Death, conspiracy and twists combine to make this another for Bosch fans.
Read more
Helpful
Report abuse

Mr D.A. Kee
5.0 out of 5 stars Michael Connelly never disappoints
Reviewed in Australia on 25 February 2019
Verified Purchase
I have read a lot of these novels and I look for the new ones. They may be formulaic but you don’t get that feeling when you are reading them.
I would highly recommend this author to anyone and only add the proviso that the reader keep a record of the titles as they go through them because they will want to read them all.

Ken Murray
4.0 out of 5 stars Well worth the read.
Reviewed in Australia on 22 June 2015
Verified Purchase
I must admit that I am a great fane of author Michael Connelly and especially the harry Bosch mysteries. The novel, Nine Dragons is no exception. It has a good fast moving story line and not too over the top. I enjoyed the read.
Read more
Helpful
Report abuse

Allen T. Barnett
5.0 out of 5 stars Best ever
Reviewed in Australia on 19 December 2016
Verified Purchase
This was Harry's most exciting adventure! Impossible to put the book down
Going to look for next one now,
Amazing

Paul S
5.0 out of 5 stars A totally absorbing and atmospheric crime thriller that reveals a more vulnerable Harry Bosch than we have ever seen previously
Reviewed in the United Kingdom on 13 March 2018
Verified Purchase
There are many things to enjoy in Nine Dragons, but also one that some readers may find a little irritating.
I found the tension and pace of the story relentless and there are a number of quite unexpected twists in the plot which will appeal to budding armchair detectives. However, for me, the outstanding quality of this story lies with its characterisation of Bosch. In this story he is like a fish out of water on a number of levels; his personal life receives a lot more coverage, particularly his father-daughter relationship which until now had been somewhat distant. The story is set in South Los Angeles and Hong Kong, both areas where Bosch feels less 'at home'. He is a lot more stressed in this book for a number of reasons that I will not mention as I do not want to reveal too much of the plot, but his trusted coping mechanisms are being stretched to the limit in this story. There are also a couple of events that hit him hard personally (as they probably would most people) and which strike without warning, catching us readers by surprise. In short, he appears much more vulnerable and less self-assured in this story than in any of the previous ones in the series.
However, the aspect of this book that some readers may find irritating relates to what Harry is able to achieve in Hong Kong in a very short space of time given the extremely sparse information he has at his fingertips and his ability to function with virtually no sleep and no jet-lag. The impression is that he is working virtually solely on adrenaline and conjecture. This did not spoil the story for me but unlike many previous stories in the series, made this one just a little less credible.
Overall however, I found this story really engaging. It contains the usual elements one expects to find in a Harry Bosch story - plenty of action, a few red herrings and blind alleys, and lots of page-turning tension. But unlike many of the more recent stories in the series (to date), this one has a much greater focus on Harry's character, his vulnerabilities, and his personal life which, for me, provided a whole new dimension to the series.

Pat45
1.0 out of 5 stars Did not enjoy at all.
Reviewed in the United Kingdom on 7 March 2020
Verified Purchase
I usually love Harry Bosch books & all the books by Michael Connelly but I did not enjoy this book at all. I guess having read it fairly recently,I had formed images of Eleanor’s life in Hong Kong with her Chinese partner & her daughter Maddie based on the TV series. It would appear that Eleanor’s life as written in the books had no bearing on the TVseries. I preferred the outcome in the TV series. If Eleanor had to die, better in LA than in Hong Kong & nota death brought about directly by Maddie’s actions.
Read more
Report abuse

Malcolm R
3.0 out of 5 stars Further adventures of H Bosch
Reviewed in the United Kingdom on 5 May 2018
Verified Purchase
At first you think Harry is back to his best, not trusting anyone, wanting to do things by himself and going at crime like a bull at a gate. Then his daughter is kidnapped and he rages through Hong Kong, like said Bull, following a tenuous lead intuiting like a clairvoyant and shooting everyone in sight; in other words a fairy tale adventure. He comes back, solves the case naturally putting his personal life under the utmost strain, we also get to meet the insufferable Mickey Haller again who brow eats a pair of Hong Kong detectives into submission. Far fetched is putting it mildly. Eminently readable though.
Read more
2 people found this helpful
Report abuse

ND Reviews & Stuff
4.0 out of 5 stars Connelly and Bosch still going strong...now for the next one!
Reviewed in the United Kingdom on 13 September 2016
Verified Purchase
Since watching the Amazon TV series of Bosch (with the excellent Titus Welliver who in my opinion has truly made the role his own) I've been making my way through the novels to see how the source material which the series is based on compares. So far I've covered up to this book, number fifteen, in less than 5 months which is truly a record for any character series I've read to date and I think lends weight as to how compelling the character and stories are. Are some (including this one) fully believable as to the story elements...no, but it is after all meant to be entertaining fiction.

Book number fifteen in the series see's Bosch trawling the mean backstreets of Hong Kong in search of his daughter, while trying to figure out how see figures into a triad case back in Los Angles. The further Bosch digs into her disappearance the more dangerous the outcome for all involved, leaving Bosch with more heavy burdens to bare.

Mark Chisholm
3.0 out of 5 stars The Least Engaging Bosch Story
Reviewed in the United Kingdom on 26 October 2018
Verified Purchase
Like most people once into a Harry Bosch story its often hard to put it down which is why this book was such a surprise because honestly, I found myself labouring through it.

And in all honesty its because Bosch relocates to Hong Kong for a good chunk of the story which somehow jars a bit with the usual placing and pace of a Connolly book.

Don't get me wrong, because Connolly still writes a great story, but for me personally this one is not among his best. It is however necessary as part of the bigger Bosch storyline that follows on from this book.