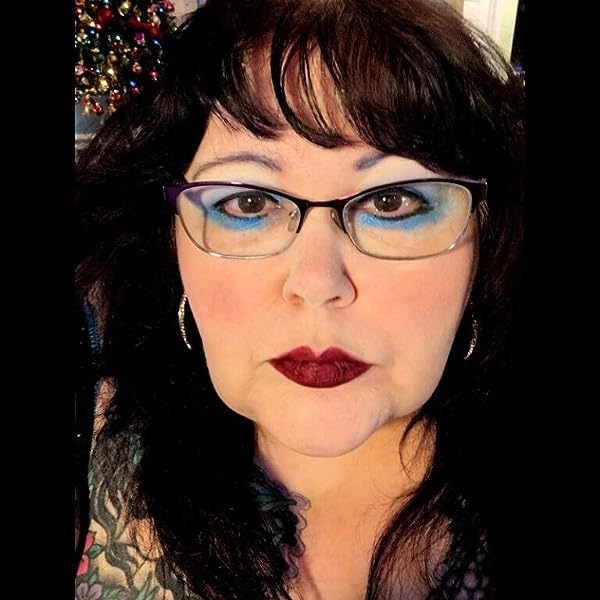 by Yasmine Galenorn (Author)
4.7 out of 5 stars 82 ratings
See all formats and editions
Sorry, there was a problem loading this page. Try again.

Page 1 of 1 Start overPage 1 of 1
Previous page
Next page
Start reading Night's End (Indigo Court Series Book 5) on your Kindle in under a minute.

Evampire
TOP 500 REVIEWER
5.0 out of 5 stars Night's End Review
Reviewed in Australia on 1 July 2014
The final book in the Indigo Court series is a fantastic and thrilling conclusion. The author has ended this wonderful series with a dramatic and exciting conclusion that is a fitting end to the chaos created by Myst and the captivating characters fulfill their respective destines. While I am very sorry that the series is ending and I will miss Cicly and her friends (of course, I’ll still revisit them from time to time), I am very pleased with the way the author orchestrated the conclusion, answered all questions and while it couldn’t all be happily ever after forever, it was all the way it was meant to be.

Helen Olliver
5.0 out of 5 stars Night's end book
Reviewed in the United Kingdom on 27 July 2015
Verified Purchase
Not finished reading yet but so far so good. Yasmine Galenorn never fails to keep me interested and gripped by her books.
Read more
Report abuse

Kindle Customer
5.0 out of 5 stars End of The Long Winter
Reviewed in Canada on 28 July 2014
Verified Purchase
Well I can say I am sad to see the series end I love the Winter Queen. However I will say the book ends but doesn't end. So it might be that it is left for a spin-off or a revisit later down the road lol.
Read more
Report abuse

Shells323
5.0 out of 5 stars Still my favorite, despite a few things.
Reviewed in the United States on 8 July 2014
Verified Purchase
The conclusion to Yasmine Galenorn's Indigo Court series was everything I had hoped, and then, not.
Five books spanning such a short time in the universe of Cicely. In the beginning, she rolls into town, after having been away for years. Taken by her strung out mother at a young age, Cicely spent the formative part of her life learning to stay alive and fight. Having only returned to her former hometown on a few occasions to visit throughout the years, she comes home this time when her aunt Heather goes missing.
From the moment her car passes the town limits, her life is changed forever. And we, as the reader, go along for the ride.
Witches, vampires, Fae Queens, and shifting Owls, this series is packed to the hilt with creatures and abilities galore.
But, there is heart. Galenorn does a wonderful job of allowing you to care for the characters, to be heartbroken and joyful along with them.

This last book, Night's End took us for one final ride where lines are crossed in the name of fighting Myst, and finding out who they can trust and who they can't. Cicely must do things that she is loathe to do, but as Queen, she has no other choice. Relationships and people are hurt, altered, torn down, and rebuilt in new ways.

There are times when things just didn't really make sense.

For instance, without giving away more than I need to, when Cicely has to find out if her friends outside of her court are potential traitors, they take a certain character into a room to explain the situation to him, before taking him on his merry way to Crawl. This room would block any potential communication with Myst.
Later, when they need to probe the other three to find out where their loyalties lie, they drug them and mind-rape them, without explaining anything. Why didn't they take them into this room and give them the lowdown as well, before offering to drug and rape them?

And then a certain character disappears at a point. We find out shortly after, that this character has run off on their own to do something (regarding a school). I'm sorry but, this was not entirely well thought out. It was simply a poor plot device in my opinion. (Also, with the town in the state it was in, why the eff were people sending their kids to school in the first place?)

And the ending...I'm happy, overall. However, I feel that it was rushed. As I was reading, and Cicely took her little trip down memory lane and figured out Myst's Achilles heel, as it were, I'm looking at how many pages I have left to read. It's getting pretty thin. Then they take the little poorly timed side-trip to the school, and still, fewer pages.
With what Cicely faced in finding the first one, hiding the second one, I felt that the search for the third one went way too fast, and easy. (purposely being vague so as not to spoil, but if you read the book, you'll know what I'm talking about.) I feel that the ending was rushed, shortened, and a little bit of unfulfilled potential.

I also can't help but feel a little cheated when a particular character changes and then dashes off, never to be seen again (except in his offspring later) (to which I'm hoping, probably pointlessly, that there will be a new series for him?), when a new creature is shown to us, sent away, and it is alluded to that there would be interaction with it in the future for the new Queen, and that Cicely has found all of these connections (her father, Grieve, and now her grandfather) and yet Rhia still takes such a back seat to the story. I know the stories center around Cicely but with Rhia becoming such an important character, it would have been nice to at least meet her father or learn something about her mothers side of the family.

But, I liked that there was that little bit at the end. That we were given a glimpse into their lives later. Though, the cousins marrying cousins?

In all, I am glad I read this series through to the end. My personal opinions and grievances aside, it isn't my book in the end, I am only an observer of this world that Yasmine has built. I'll still rank the Indigo Court series, as my favorite Galenorn series.
(Review can also be found on Goodreads.)
Read more
3 people found this helpful
Report abuse
See all reviews
Back to top
Get to Know Us
Make Money with Us
Let Us Help You
And don't forget:
© 1996-2021, Amazon.com, Inc. or its affiliates