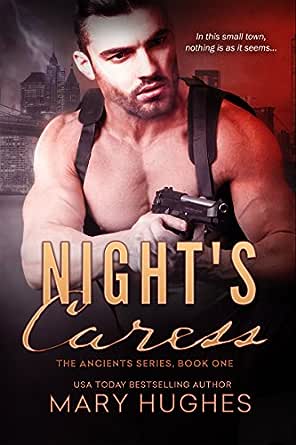 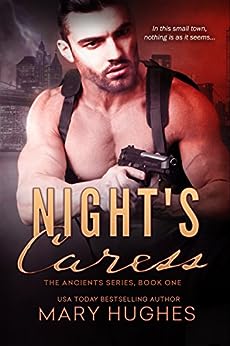 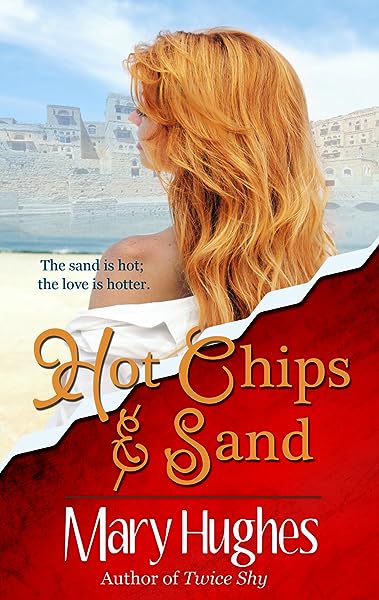 Bec
TOP 500 REVIEWER
5.0 out of 5 stars Great start to this series!
Reviewed in Australia on 29 September 2017
Going back to her hometown was something Brie Lark swore she'd never do, but there's no way Brie can pass up helping FBI Special Agent Seb Rikare with his investigation into a series of murders. However, he's a vampire and Brie swore never to give another vampire a chance not after what her ex did. But the further into the investigation the pair get, the higher the risk of Brie getting hurt unless Seb can protect her. Will the pair be able to survive the danger closing in on them to achieve their happy ever after, or will the pair go their separate ways because they can't let go of what happened to them in their pasts?

It's been a while since I've read a book by Ms. Hughes, but I'm glad I chose to read this first book of her new series, because it was fantastically-written and a very entertaining read due to the enchanting main characters that face a good dose of danger during the investigation; and riveting dialogue that had me wanting to know whether these two could overcome the disasters of their past relationships to be together. The way this story started was exciting and certainly drew me into this story immediately, because of the discovery that's been made and whether Seb can find the person responsible for the killings. However, it was from the moment the hero and heroine come face-to-face for the first time that had me wanting to know more about Seb and Brie because it's palpable that the heroine doesn't think highly of vampires due to her ex? How long will it take Seb to win Brie over?

As for the dialogue, it was intense due to the investigation and the danger the hero and heroine face, as vampires can be quite deceptive and determined to get their way, no matter what they have to do. Moreover, the heroine is strong, brave and I liked how determined she was to help the hero, even when things became too dangerous. I also liked how she didn't give up on the hero, even though she's had a bad experience with a vampire in her past. Yet, what I liked most about the heroine was her willingness to face her past, even though Meiers Corner and vampires were two things she swore she's never have anything to do with again. While Seb, he's been through so much in his past with the danger he found himself in as a human and being turned into a vampire. However, he's resilient, courageous and I liked how determined he was to keep the heroine safe, even though she knows how to protect herself.

Overall, Ms. Hughes has penned a wonderful and enthralling read in this book where the chemistry between this couple was intense; the romance satisfying and full of passion that shows how good this pair are together; and the ending had me smiling because of what Seb does for the heroine that proves how much the hero wants Brie in his life, despite being adamant that love makes him weak. Really, how could he possibly think that when they're so good together? I would recommend Night's Caress by Mary Hughes, if you enjoy paranormal romance or books by authors Nina Croft, Shelly Laurenston, Mina Carter and Cynthia Eden.

The Word Nerd Reviews
TOP 500 REVIEWER
5.0 out of 5 stars Addictive and Compelling!
Reviewed in Australia on 26 September 2017
Mary Hughes is a new author for me and I’m very happy I was given the opportunity to review her latest work. I discovered about half way through Night’s Caress (Ancients #1) that it is a spin-off from her series Biting Love. However, there is no need to have read this series first; Night’s Caress works perfectly well on its own and does not rely on the reader having any previous knowledge. I enjoyed it immensely and had no problems falling into that world, but the characters introduced were so interesting that now I must go back to read the Biting Love series to get all their backstories!

Mary Hughes has a wonderful writing style. It is very casual and relaxed while at the same time completely compelling and addictive. I had to keep promising myself just one more page or chapter then I’d go do something, only to return to it as soon as I could, repeating this process until it was finished. I was so absorbed in the world and characters created by the author.

The characterisations of Seb and Brie were very well done. Brie is a strong, intelligent, and independent woman, wary of anything vampire after a bad past experience. Seb is a very dominant character, with just enough arrogance to be highly attractive, but not so much that he will not listen to other opinions, even if they diverge from his own. He is wary of any emotional entanglements after his past experience; and watching them both move beyond their pasts was an interesting and emotional journey.

I was so happy that this book was written from both of their POVs as it allowed a look into both Brie’s and Seb’s mind and thought processes. Many books have a sub heading naming the character from whom the POV is coming; this didn’t happen in this book instead it was a change in person from 1st (Brie) to 3rd (Seb) that was the first indicator that a change of POV was happening. I didn’t mind this switch, in a strange way it suited their personalities, with the more formal 3rd person suiting the ancient vampire.

Even though many of the secondary characters had their own books or novellas in the Biting Love series they were presented in this book as fully developed with enough backstory so that new readers could easily follow the relationships between the characters without including too much repetition for readers that have followed on from the original series.

I was thoroughly entranced by my first experience of Mary Hughes' work and I’ll certainly be following up with her back catalogue of titles. I would recommend this book to anyone who enjoys character driven paranormal romance with a touch of action to keep it interesting.

Kindle-klant
5.0 out of 5 stars Great vampire romance
Reviewed in the United States on 5 April 2020
Verified Purchase
This was a great book. I loved the characters and the description of their world. Their chemistry, the plot they madecm e want to read the book in one go.
Read more
Helpful
Sending feedback...
Thank you for your feedback.
Sorry, we failed to record your vote. Please try again
Report abuse

Kindle Customer
5.0 out of 5 stars Very good
Reviewed in the United States on 16 April 2020
Verified Purchase
I enjoyed this story because it was different good vampires fighting bad one's, as a good vampire fall's for his partner.
Read more
Helpful
Sending feedback...
Thank you for your feedback.
Sorry, we failed to record your vote. Please try again
Report abuse

Jeanne Mead
5.0 out of 5 stars Sassy Women and Hunky Ancients -Hell Yes!
Reviewed in the United States on 30 September 2017
Verified Purchase
Thrilled to be back in Meiers Corners to visit some of my favorite V guys, their mates and the colorful locals!
Seb and Brie are on a case that becomes much more involved and features the Ancients, who have been a fascinating mystery in past Biting Love books.
Steamy, intoxicating and rollercoaster action that had me walking the floor while reading!
Want more please!
Read more
3 people found this helpful
Helpful
Sending feedback...
Thank you for your feedback.
Sorry, we failed to record your vote. Please try again
Report abuse

PianoACS
5.0 out of 5 stars I feel so good!
Reviewed in the United States on 29 September 2017
Verified Purchase
Wonderful, amazing job! Love the story and how it ties in with the "Biting Love" series. If this is your first visit to M.C.'s that's ok the story has enough details that everything makes sense. However, if you want more details you are in for a wonderful series with more from "The Ancients" to come! I know I can't wait!!
Read more
2 people found this helpful
Helpful
Sending feedback...
Thank you for your feedback.
Sorry, we failed to record your vote. Please try again
Report abuse

Pmiddle
5.0 out of 5 stars Excellent!
Reviewed in the United States on 29 September 2017
Verified Purchase
Loved this new series connected to the Biting Love series. It's one of my favorite storylines and characters and I love the style of writing and tone she uses in this series. Can't wait for the next one! I highly recommend this book!
Read more
One person found this helpful
Helpful
Sending feedback...
Thank you for your feedback.
Sorry, we failed to record your vote. Please try again
Report abuse
Load more international reviews

NEWBSTER
5.0 out of 5 stars Waiting for next in series...
Reviewed in the United States on 29 September 2017
Verified Purchase
Loved this book. Spin off of biting love series. Cannot wait for next book in series. Recommend reading biting love series first not only for backstory but because it is a great series if you love PNR.
Read more
One person found this helpful
Helpful
Sending feedback...
Thank you for your feedback.
Sorry, we failed to record your vote. Please try again
Report abuse

Cynseer Booklover
5.0 out of 5 stars Another wonderful book in The Ancients series....I loved it
Reviewed in the United States on 8 October 2017
Verified Purchase
I truly loved this book...I love the characters, the storyline and the passion that flows throughout. Highly recommended.
Read more
One person found this helpful
Helpful
Sending feedback...
Thank you for your feedback.
Sorry, we failed to record your vote. Please try again
Report abuse