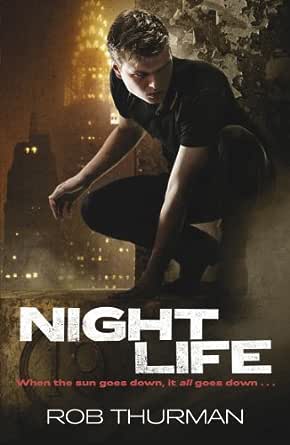 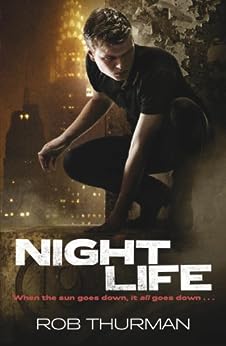 "A Roaring roller-coaster coaster of a read... Sharp and sardonic, mischievous and mysterious... [It'll] take your breath away." --This text refers to the paperback edition.

Rob Thurman lives in Indiana, land of rolling hills and cows. Lots and lots of cows. Visit the author at robthurman.net or on twitter @Rob_Thurman --This text refers to the paperback edition.

The first in a New York Times bestselling series where an otherworldly war rages in New York City, unseen to most of its inhabitants --This text refers to the paperback edition.
Read more

J C Mitchinson
4.0 out of 5 stars Quite a good read
Reviewed in the United Kingdom on 16 September 2014
Verified Purchase
I quite liked this story about two brothers being pursued by evil elves, because one of them is part evil elf.

I found the book really slow starting, in fact, it took me three attempts to get into it. But once I was over that hump, I found it reasonably entertaining and a good read.

The dynamic between the brothers was nice, and I liked how the central theme was about brotherly love. I found the Robin character quite engaging, and really wanted to know more about George.

When the thing happens to Cal with the Darkling, I felt that we lost so much of the story. There was so much else no doubt going on with Nico and Robin at that point, and we never got to share that part of the journey, which I found frustrating. I understand that the book wanted to maintain the first person POV but I felt that it missed quite a lot by doing that.

All said and done, worth a read.

Nick Devonald
5.0 out of 5 stars Excellent beginning for a new supernatural style book series
Reviewed in the United Kingdom on 25 September 2012
Verified Purchase
I came across this series whilst browsing Amazon, and after reading the synopsis of the first novel, nightlife, decided that the series sounded a lot like the TV series supernatural. Being a big fan of the TV series I decided to purchase the first book, and see how I got on. Very quickly I realised that while there were similarities, in that it dealt with two brothers, who despite occasional tension between them would do anything for each other. And of course it deals with the supernatural. However that is where the similarites end. This isn't your typical series where evil is hunted down simply because it's bad. The brothers are on the run, and have no such illusions about taking out the bad guys. Quite often the protagonists find themselves turning a blind eye to the deeds of some of the creatures they find themselves working alongside, indeed on occasion allied with, and this is definitely not a bad thing.

The novel revolves around two brothers, Cal and Niko. Cal, or Caliban to give him his full name (some readers will instantly spot the reference, for any who don't it is quickly explained) has a human mother, and an Auphe father. It is him that narrates the novel to us, and shares plenty of his bitter and pessimistic attitude with the reader. His one liners quite often put a smile of my face, and it's his narration that is one of the highlights of the series. I won't say any more for fear of giving some of the story away, but they are on the run from the Auphe. Cal himself has plenty of luggage when it comes to being half monster.

Another resounding success for the series were the descriptions of the various creatures they come across, Boggle (the less I say the better, for want of spoiling the surprise) and Abbagor, a troll who they go to for information, in particular. The description of the troll conjured some very vivid images in my head, and I felt this was a really unique outlook on trolls. And the Auphe, the main bad guys in this novel, and the bane of Cal and Niko's lives, are a fantastic creation. Very, very scary creatures indeed. Again, I don't want to give too much away.

There are plenty of other, smaller characters introduced in this first novel. Robin Goodfellow (Again, some readers will instantly spot the reference) and Promise are two of the more prominent characters in this novel. Neither are human, but could be described as on the side of the good guys. Both have their own past and agenda's, which is only hinted at.

This is a great introduction to a series, plenty of interesting characters who have their own stories and agenda's to be revealed at a later date. It has its own unique mythology, a lot of the creature concepts are new and clever takes on old legends. Cal has plenty of attitude and comes out with a lot of funny one liners.

As a little extra point, this novel doesn't take itself too seriously. It is fun, and an enjoyable romp through New Yorks seedier side. Highly recommended for fans of urban fantasy. I can't wait for the next entry in the series. A very promising entry.
Read more
One person found this helpful
Report abuse

Raven Stone
5.0 out of 5 stars Excellent start to a promising new series
Reviewed in the United Kingdom on 7 April 2013
Verified Purchase
What a great set up. Half 'something else' Cal is a narrator who just drags you from one scene you the next and you really don't want to complain. Part jive-assed teenager from hell, where the hell part really isn't metaphorical, and partly just from hell or it's nearby counterpart.

Whatever. Its a fantastic blend of folklore and modernity and I loved it.

There's such a wealth of background to the whole story - not simply Nikos and Cal, but the bizarre world in which they live. So much myth and strange tales. Darkness beyond the normal world.

Dan
2.0 out of 5 stars Good idea
Reviewed in the United Kingdom on 19 April 2012
Verified Purchase
I liked the premise of the book, of the two brothers together, etc, however I found myself looking for a "teen read" label of some description.
The narrative is very energetic and informative, but to my mind not particularly mature. I did like the world that I found myself in, although the plot and the information downloads seemed a bit simplistic. But then again, it's horses for courses with fiction, so I recommend you try the free sample and see what you think!
Read more
Report abuse
See all reviews
Back to top
Get to Know Us
Make Money with Us
Let Us Help You
And don't forget:
© 1996-2021, Amazon.com, Inc. or its affiliates