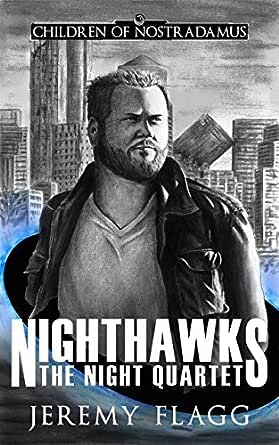 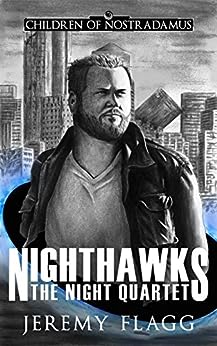 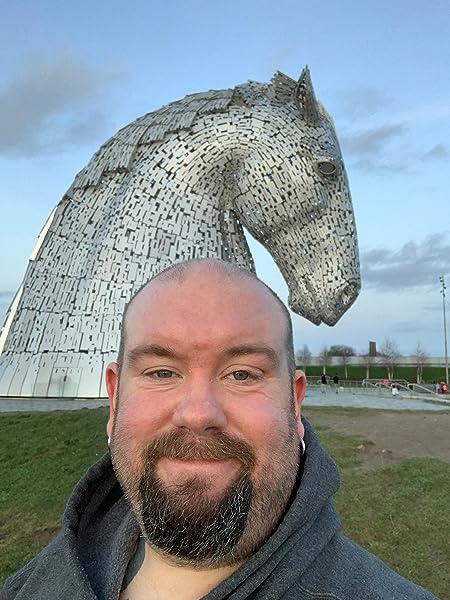 He didn’t ask for limitless power.

Conthan’s only talents are sarcasm and art. That is, until he learns he’s a Child of Nostradamus with the ability to teleport. When his newfound powers kill a Marine, he finds himself hunted by the military’s elite.

He is not the only one in danger.

Conthan discovers his future entwined with a warden bent on corrupting imprisoned Children. As he unravels a conspiracy about to destroy the country, will he sacrifice his humanity to become a hero?

Fans of X-Men & X-Force will love this fast-paced introduction to the Children of Nostradamus Universe.

Jeremy Flagg is the author of the CHILDREN OF NOSTRADAMUS dystopian science fiction universe and SUBURBAN ZOMBIE HIGH young adult humor/horror series. Taking his love of pop culture and comic books, he focuses on fast paced, action packed novels with complex characters and contemporary themes. Jeremy is the Co-Founder of New England Speculative Writers and member of the Metrowest Writers writing group. He is also an active member of the New England Horror's Association. Jeremy spends most of his free time at his desk writing snarky books. When he gets a moment away from writing, he watches too much Netflix and Hulu and reads too many comic books. Jeremy, a Maine native, resides in Clinton, Massachusetts and can be found in local coffee shops pounding away at the keyboard.

Peter Eerden
TOP 500 REVIEWER
4.0 out of 5 stars Book one - missed book 0
12 September 2019
Format: Kindle EditionVerified Purchase
WTF is going on when you start a series with book 0. Whatever. Missed it. Move on. Book one was a great read though the religious iconography was starting to impinge on my excitement factor. I enjoyed the various flawed characters and their fight with virtual and real demons. The never ending catastrophes eventually toned down to one and then we are left hanging until book 2 feeds our curiosity again. The pace of this read is frenetic and I was literally exhausted at books end. Great read.
Read more
Helpful
Comment Report abuse
See all 1 customer reviews
Write a customer review

C. Alden
5.0 out of 5 stars Fast Paced Super Human Adventure
19 June 2016 - Published on Amazon.com
Format: Kindle EditionVerified Purchase
A fast paced adventure that did not disappoint! This is book 1 in what I hope will be a long series. It's a dystopian story that takes place on the East coast where nuclear weapons have decimated a large chunk of New England. Humans with special abilities and powers have emerged and are being hunted by the government. Tag along with a ragtag group of "Children" - what those with super powers are called as they take on the government and try to save others like them.

Chock full of action, and just enough back story to want to know more. If you like comic books, superheroes, or fast paced adventures, this is a book for you. It's a fun read even if you've never read a comic, but perhaps enjoy the comic based movies, and / or sci-fi or adventure films. Jeremy Flagg engages his readers by showing us a world that is dark and broken, but he has given us just enough light in the form of hope and wonderfully unique and likeable characters that we want to find out whether all is lost or not. I appreciate the depth of these characters. They are not just good or evil, but as in real life, they are a wonderfully complex mixture. We see the humanity of these characters, what is good about them as well as their flaws. We can relate to them because of this. They may have "super" human abilities, but at their core, they are just like us - human.

I look forward to more adventures with the Children of Nostradamus!

Kindle Customer
5.0 out of 5 stars This jacked up version of X-men is a wild ride!
7 April 2016 - Published on Amazon.com
Format: Kindle EditionVerified Purchase
It begins with a woman who can see the future and a plan that unravels from page to page. No one knows where it’s going, not the characters and not the reader, and it keeps you guessing until the very end!

The world is half in ruins. Deviants to the normal course of humanity have emerged, as Nostradamus had once predicted, and they are targeted. The government strains to keep them in check and the ever present question is: should they? New England is nothing more than a scorched remnant left behind from nuclear explosions - the radiation present would poison any normal human. Outlanders are banished here, doomed to live shortened life spans. And the Children, those who show abilities beyond what is considered human, those who have run from authority and containment Facilities, sequester in the ruins as well.

Firstly, I have to say, I was immediately drawn in by the author’s descriptive telling of the super-human powers his characters possess. He didn’t just tell us someone was a telepath, he showed us in a descriptive, suck-you-in kind of way. While reading, I could feel the pull of thoughts and sense the power that surged through the Children of Nostradamus. In this way, this book stood out for me from the superheroes I had read about and seen in neon spandex suits in the past. It was refreshing and engaging and kept me invested and involved as the story unfolded.

The characters are diverse and are pulled together through the course of the novel. I loved the evolution of the Nighthawks and can’t wait to see where this author goes with them next! Definitely check this out!

Christopher Duryea
5.0 out of 5 stars A Superpowered Debut!
15 December 2016 - Published on Amazon.com
Format: Kindle EditionVerified Purchase
Nighthawks is an impressive and well-conceived page-turner. Set within a dystopian future New England, a diverse and engaging set of superpowered characters (the Children of Nostradamus) join forces on a collision course against a Killgravian megalomaniacal telepath and sinister government forces. Flagg pays clear homage to his influences, most notably the X-Men--but his references are never derivative. The story's characters (most of whom are women or people of color--thumbs up!) are developed with a deft blend of humanity and snark, and must engage their enemies while simultaneously battling their own inner demons. The master plot is far reaching and ambitious, leaving me enthusiastic to follow the Nighthawks into a what I can only imagine will be a darker second act.

Jeremy Flagg is a writer to be reckoned with. If you enjoy superhero comics, dystopian SF or just plain old-fashioned good storytelling, you will find Nighthawks an exciting and satisfactory read.
Read more
3 people found this helpful

Kindle Customer
2.0 out of 5 stars Brand x-men
23 January 2019 - Published on Amazon.com
Format: Kindle EditionVerified Purchase
This book would make a better comic book. For some reason, mutants are developing. An evil one takes over the President's body. When a Eleanor, clairvoyant elderly women, attempts to destroy her, she is killed. But not before sending out 6 letters to people living 40 years in the future.

From that time until the present story mutants are being killed and put in concentration camps. New England is a danger zone after a nuclear bomb is dropped. A place for only criminals and mutants. The six fight a bad mutant and the rest is obvious.

They return in a series of books, which I don't think I'll read. Maybe a good YA book.
Read more
One person found this helpful

derek
5.0 out of 5 stars I loved this book
10 October 2019 - Published on Amazon.com
Verified Purchase
The writing is excellent. The characters are phenomal and relatable. The story sucks you in. I could not put down this book. Till I finished it. Apperently I've never looked so intrigued while reading before soon as I finished it my father gave the book a read. He said the same he loved the story the. Characters the everything about this book. Please give this book a read if your into super hero type action but need a more compelling story then a dinky little comic will allow for. 10/10 can't wait to read the rest of this series.
Read more
One person found this helpful
Go to Amazon.com to see all 42 reviews 4.3 out of 5 stars
Get FREE delivery with Amazon Prime
Prime members enjoy FREE Delivery and exclusive access to movies, TV shows, music, Kindle e-books, Twitch Prime, and more.
> Get Started
Back to top
Get to Know Us
Make Money with Us
Let Us Help You
And don't forget:
© 1996-2020, Amazon.com, Inc. or its affiliates