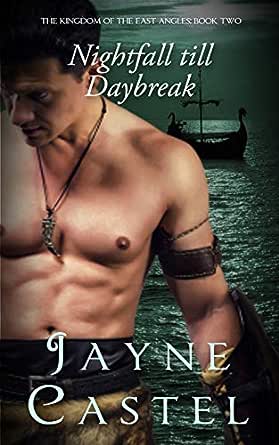 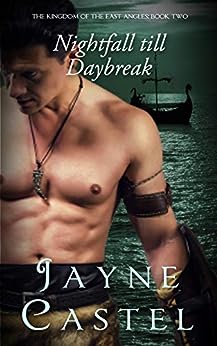 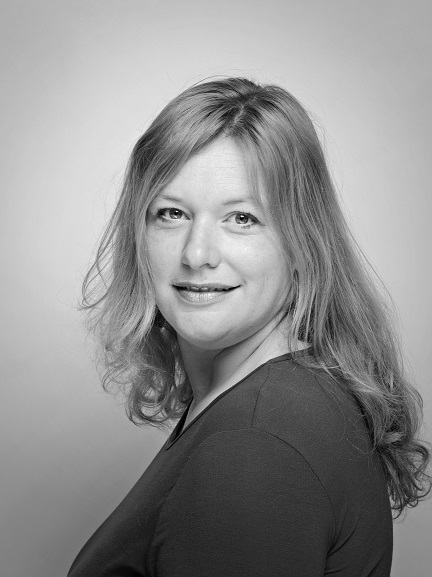 JAYNE CASTEL writes Early Medieval Historical Romance and Historical Fiction set in 7th Century Anglo-Saxon England. Two of her novels DARK UNDER THE COVER OF NIGHT and NIGHTFALL TILL DAYBREAK, reached the quarter finals of the Amazon Breakthrough Novel Awards in 2013 and 2014. Jayne writes historical romance adventures about warrior heroes and strong-willed heroines. She weaves powerful love stories into meticulously researched stories about honor, valor, loyalty and vengeance. Her KINGDOM OF THE EAST ANGLES series spans a decade and the reigns of three kings: Raedwald, Sigeberht and Annan. The series is a 'must-read' for anyone who loves reading historical romance set in a warrior-dominated culture.

Tammie
5.0 out of 5 stars Beautifully Done
Reviewed in the United States on 30 March 2014
Verified Purchase
Another outstanding story about love, hardship,and loyalty in Anglo Saxon England. The writing brings the story alive and takes you back to a time forgotten. Freya the daughter of a prominent healer is trapped by cruel King Ricbenrt .Her Mother can not heal the King without taking his leg .In a rage He throws the healer out keeping her daughter Freya as a slave .If he dies from his wounds Freya will share the same fate .She is saved from this cruel outcome when Sigeberht takes the throne .In a world controlled by men Freya is strong and determined except when it comes to Aidian .The warrior is handsome, strong , brave ,and most of all loyal. He is King Sigebert's most trusted soldier. Aidian and Freya must find a way to survive an enemy army that marches towards ,a King that refuses to fight and a fate that is driving them apart .
Read more
Helpful
Sending feedback...
Thank you for your feedback.
Sorry, we failed to record your vote. Please try again
Report abuse

Lady8ug9
4.0 out of 5 stars Interesting
Reviewed in the United States on 1 June 2019
Verified Purchase
There was a mixture of suspense, mystery with a bit of romance thrown in. It was a time of struggle for survival. Harsh times of fighting and taking survivors as slaves. And yet two people found each other in the midst of it all.
Read more
Helpful
Sending feedback...
Thank you for your feedback.
Sorry, we failed to record your vote. Please try again
Report abuse

Kathleen Ingram
5.0 out of 5 stars Next one please!
Reviewed in the United States on 24 May 2015
Verified Purchase
An astonishingly good series about an ancient line of rulers of East Anglia, well written and researched ( important to me).I read for pleasure but also for edification and these books have thrilled me. I am now checking my ancestral roots as well as my DNA for hoped for East Anglian ancestral ties.

Combining historical and fictive characters is a marvelous way to weave a tale and Jayne Castel has done just that. Sigeberht who became a saint was not a very good king, so it is a good thing that the author's story-line collapsed his reign. When Penda of Mercia invaded, Sigeberht was taken against his will from his monastery in hopes of rallying the troops.

The fictional characters here, Aidan from Connacht and Freya who was an East Anglian could have well existed in some form in this place and time.

The next book, which I purchased already, will deal with Sigeberht's successor, his step cousin Annan. Will this line begin to merge with the Mercians, their enemies? Find out yourself by getting a copy at Amazon.
Read more
One person found this helpful
Helpful
Sending feedback...
Thank you for your feedback.
Sorry, we failed to record your vote. Please try again
Report abuse