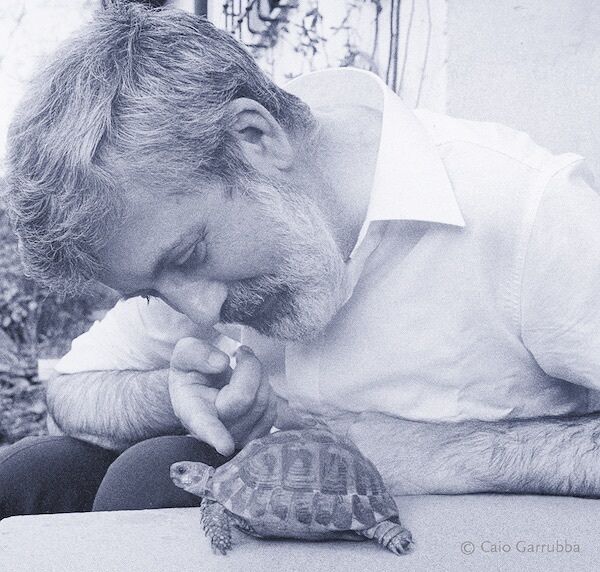 The Night Of Wishes: Or the Satanarchaeolidealcohellish Notion Potion Hardcover – Illustrated, 15 October 2017

by Michael Ende (Author)
4.7 out of 5 stars 27 ratings
See all formats and editions
Sorry, there was a problem loading this page. Try again.

Good confronts evil in a comic adventure spiced with rambunctious wordplay and deepened by allusions to the world's real afflictions. Clever and highly imaginative. --Kirkus Reviews A potent dose of comic fantasy, bubbling over with clever wordplay and slapstick incidents, and spiked with verse. --Publishers Weekly

"Envy the parents who get to read it aloud at bedtime, facing the challenge of voicing larger-than-life characters...Ende revels in zany details and little asides. The tone of amused horror is well sustained in this playful translation...Amid the gags comes meaning, particularly when a cat arrives at a new understanding of his life, and when we witness the destruction of nature. It all ends in an operatic aria. And why not? Michael Ende also likes to keep his readers thinking." --Eileen Battersby, TLS

Michael Ende (1929-1995) was born into an artistic family in Bavaria, Germany. As a young man during the Second World War, he joined the anti-Nazi resistance rather than enlist in the army, as his teenage classmates were then being required to do. After the war, he finished high school and enrolled in drama school, hoping for a career as a playwright and actor. For the next few years he worked in regional theater and wrote plays and cabaret scripts. He also met his future wife, the actor Ingeborg Hoffmann. Ende found surprise success with the 1960 publication of his first children's book, Jim Button and Luke the Engine Driver. He would go on to write many plays, essays, poems, and books--including Momo (1973) and The Neverending Story (1979)--which have been translated into more than forty languages and sold millions of copies around the world. He lived with his first wife in Italy for sixteen years until her death, and traveled extensively in Japan with his second wife, Mariko Satō, who was also his Japanese translator. Heike Schwarzbauer and Rick Takvorian have collaborated on two translations of books by the German literary critic and novelist Christa Wolf, Accident: A Day's News and What Remains and Other Stories. Regina Kehn has illustrated editions of The Nutcracker and the Mouse King and Ali Baba and the Forty Thieves, as well as books by Michael Ende, Daniil Kharms, Cornelia Funke, Otfried Preussler, and Franz Kafka, among others. She is based in Hamburg, Germany.
Start reading The Night of Wishes on your Kindle in under a minute.

Michael Andreas Helmuth Ende (12 November 1929 – 28 August 1995) was a German writer of fantasy and children's fiction. He is best known for his epic fantasy The Neverending Story; other famous works include Momo and Jim Knopf und Lukas der Lokomotivführer (Jim Button and Luke the Engine Driver). His works have been translated into more than 40 languages, sold more than 35 million copies,[1] and adapted as motion pictures, stage plays, operas and audio books. Ende is one of the most popular and famous German authors of the 20th century, mostly due to the enormous success of his children's fiction. He was not strictly a children's writer, however, as he wrote books for adults too. Ende's writing could be described as a surreal mixture of reality and fantasy.

Bio from Wikipedia, the free encyclopedia.

VIOLETTA KAFOURIDES
5.0 out of 5 stars The Odious Ones
Reviewed in the United Kingdom on 4 February 2020
Verified Purchase
Book arrived, a little late but, tracking kept me informed. It is in perfect, new condition. Thank you.
Read more
Report abuse

GB
5.0 out of 5 stars Excellent book!
Reviewed in the United Kingdom on 22 October 2017
Verified Purchase
It's a book that readers of every age can enjoy. Another excellent piece of work by a very talented writer!
Read more
Report abuse

Amazon Customer
5.0 out of 5 stars So funny to read! ...at any age.
Reviewed in the United States on 20 July 2019
Verified Purchase
This book is fantastic! There's magic everywhere. I'm an adult and I've found it so funny and delightful. The animal characters are so well-written....I mean ... the plot is interesting and well-written....But I just love that pair.
Read more

5.0 out of 5 stars So funny to read! ...at any age.
Reviewed in the United States on 20 July 2019
This book is fantastic! There's magic everywhere. I'm an adult and I've found it so funny and delightful. The animal characters are so well-written....I mean ... the plot is interesting and well-written....But I just love that pair.
Images in this review