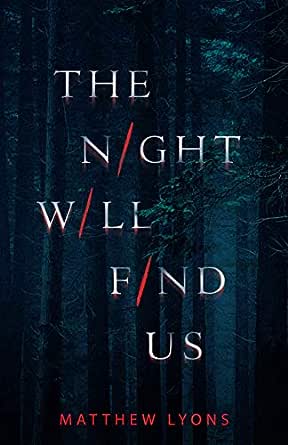 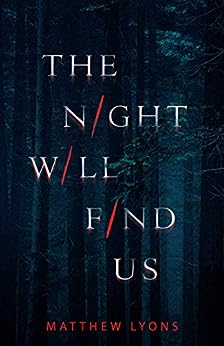 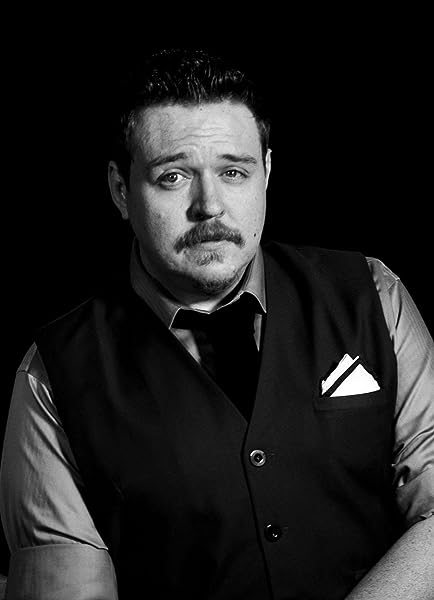 The Night Will Find Us Kindle Edition

Matthew Lyons is the author of multiple short stories and full-length novels. His work appeared in the 2018 edition of Best American Short Stories, edited by Roxane Gay. Born and raised in Colorado, he currently resides with his wife and their cat.

David Bendena is an actor and a musician based in the Midwest. His theatre experience over the past twenty years has taken him to stages throughout Chicago, Kansas City, and Michigan. He is very proud to be a member of the Actors Equity Association and to be a Resident Artist with the Purple Rose Theatre Company. --This text refers to the audioCD edition.

"Matthew Lyons' uncompromising debut The Night Will Find Us plunges the reader into disorienting madness as the physical rules of the world disintegrate before a slumbering, unknowable evil. Lyons' confident dissection of body horror and the secrets of those closest to us makes for a haunting read that will keep the reader turning pages long into the night. Don't bring this book camping unless you want to shiver at every rustle of the pines." - Taylor Zajonc, award-winning author of The Maw

"The Night Will Find Us will get under your skin like the sentinel trees in the Pine Barrens. This is one of the creepiest stories I've read in a long time--and I can't stop thinking about it. What a spectacular debut by Matthew Lyons! Read it--but with the lights on." --Amina Akhtar, author #FashionVictim

"The Night Will Find Us reads like a Stan Winston creature feature by way of Richard Bachman, with a dash of H.P. Lovecraft to boot. It's sharply written, mesmerizing, and propulsive. Matthew Lyons' debut novel is first-rate in every respect." -- Andy Davidson, award-winning author of The Boatman's Daughter

"The Night Will Find Us is an engrossing story of six teenagers, a camping trip, and a million-acre forest that distorts both its shape and the truth. With each turn of the page, the tension and unease grows until it becomes a claustrophobic nightmare. You'll view the woods in a whole new light after reading this one. Highly recommended!" -Damien Angelica Walters, award-winning author of The Dead Girls Club

"[a] masterful debut... Lyons's prose is electric, transforming a familiar horror setup into a twisty, nightmarish roller coaster replete with scares that will startle even the most jaded horror reader. This shiver-inducing thriller is not for the faint of heart." - Publisher's Weekly (Starred Review)

"Matthew Lyons is what happens if you mix the growing pains of a Stephen King character, with the body horror of Clive Barker and the love of the unknown of H P Lovecraft and his debut novel 'The Night Will Find Us' is a strong indication of not only the raw talent Lyons has a writer, but as a taster of what could come in future novels." - Modern Horrors

D.Jenks
5.0 out of 5 stars No dust jacket?
Reviewed in the United Kingdom on 28 November 2020
Verified Purchase
Arrived in good order, no dust jacket though which seems odd with a hardback.
Read more
Report abuse

Philip Fracassi
5.0 out of 5 stars A fast, horror-filled hell-ride you'll want to take
Reviewed in the United States on 24 November 2020
Verified Purchase
As I go through life with my ADD brain firmly ensconced, I realize that it's becoming far less frequent that I'll pick up a book and read it cover-to-cover without stepping away to pick up one of the other two dozen or so books on my reading table that I'm at least partway through. There are certain authors, certainly, that are consistently unmarred by my brain's fickle nature--off the top of my head: Josh Malerman, Paul Tremblay, Nick Cutter, Dennis Lehane, Stephen King, Riley Sager... etc.

Point being that Matthew Lyons' excellent THE NIGHT WILL FIND US was one of those books I didn't so much read as devour, emptying the story into my head like black soup over the course of a couple days, and smacking my lips with satisfaction when I was done.

THE NIGHT WILL FIND US isn't "breakneck" horror, like Tremblay's SURVIVAL SONG or a "unrelenting" thriller like S.A. Cosby's white-knuckler, BLACKTOP WASTELAND, but it's a page-turning hell-ride nonetheless, focusing your attention more on the characters and their interactions than the horrors of the danger-filled, haunted forest hunkered around them, salivating with grotesque hunger at the group of tender morsels that stumbled most recently into its midst.

Another thing Lyons does well is to work the forest's mythology into the story like intertwined vines, taking you into the past by way of a character's supernatural escalation of consciousness rather than stopping the story dead to hit you with a "PAST" chapter header, the kind of thing that always elicits an internal groan from me as a reader. To my initial point, it's one of the things Lyons does masterfully in order to keep the momentum of the story going while keeping you, the reader, simultaneously cringing at the creeping horror you know is coming while developing a knowledge of the mythology and provenance of the living, and quite mad, forest.

I highly recommend this one to anyone looking for a slick, character-driven, violent and relatively gore-soaked story, complete with murder, ghosts, bizarre rituals, haunted trees and even, without giving too much away, a cosmic horror angle that will scratch the itch of Lovecraft fans. So grab your camping gear and follow Mr. Lyons' into the dark, dense trees. You'll be glad you did.
Read more
2 people found this helpful
Report abuse
See all reviews
Back to top
Get to Know Us
Make Money with Us
Let Us Help You
And don't forget:
© 1996-2021, Amazon.com, Inc. or its affiliates