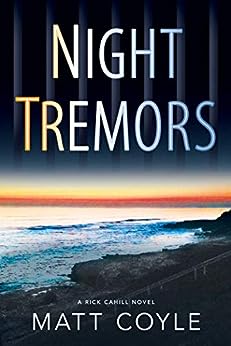 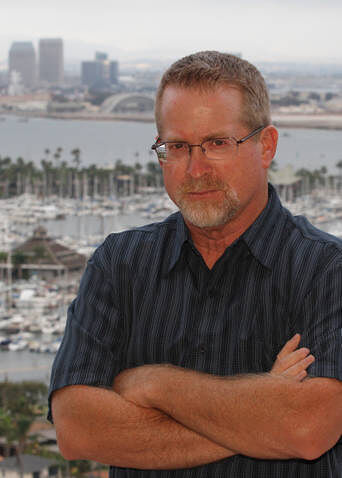 "A terrific new take on classic noir! A P.I. with a conscience grapples with his past, then plots his own brand of justice in Matt Coyle's well-written, twisty and surprising page-turner." --Hank Phillippi Ryan, Agatha, Anthony, Macavity, and Mary Higgins Clark Award-winning author

"Matt Coyle has expanded his substantial talents in Night Tremors, his second mystery. This book matches the quality of Coyle's impressive debut, Yesterday's Echo, and then some. Tight, smart and surprising, Night Tremors, breathes fresh life into the PI tradition and entertains us all the way." --T. Jefferson Parker, New York Times best-selling and three-time Edgar Award winning author

"Readers will root for Rick Cahill, hard-boiled PI and one-man wrecking ball, as he searches for the truth about his police officer father in Blood Truth." --Hallie Ephron, New York Times best-selling author

"There are plenty of pretenders to Dashiell Hammett's legacy, but Matt Coyle nails it in his latest. Night Tremors is dark, devious and thoroughly disarming, breathing new life into the hardboiled P.I. genre. Sam Spade would raise a glass of whiskey in appreciation." --Hilary Davidson, Anthony and Crimespree Award-winning author --This text refers to the paperback edition.

Matt has a degree in English from the University of California, Santa Barbara. He's taken detours into the restaurant business, the golf business, and the sports collectible business. His first novel Yesterday's Echo won the Anthony award for best first novel, the San Diego Book Award for Best Published Mystery, and the prestigious Benjamin Franklin Silver Award. Night Tremors is Matt's second novel in the Rick Cahill crime series. Matt lives in San Diego with his yellow Lab, Angus. He is hard at work on the next Rick Cahill crime novel.

4.3 out of 5 stars
4.3 out of 5
308 global ratings
How are ratings calculated?
To calculate the overall star rating and percentage breakdown by star, we don’t use a simple average. Instead, our system considers things like how recent a review is and if the reviewer bought the item on Amazon. It also analyses reviews to verify trustworthiness.

You could say that Rick Cahill has had it tough. Eight years ago he was accused of murdering his beloved wife. Just two years ago he found trouble again and was forced to kill. So now he stays out of the way - making a quiet living working as a PI, taking photographs of cheating exes. Happy that the job pays the bills - yet yearning for something more, he grabs an opportunity offered to him by an old rival to join him in freeing an innocent man from life in prison. Little did he know the can of worms he would open by taking the case. As it jeopardises not only his job and security, but his life.

I'm just going to start off by admitting that this is the second book in a series, and I didn't realise it! Bad Mel not doing her research!! However I still managed to navigate the story and the characters perfectly well, as the author is an extremely talented storyteller. But I probably would have liked to read the first one before this, if only to know Rick a little better, and know the events that happened two years prior, as it doesn't really delve into it too much. But you don't need to have read it. If I can pick it up, anyone can

Rick Cahill is an AWESOME character. Totally flawed and damaged, yet so lovely and so darn likeable! I was rooting for him the whole time! I thought he was just fantastic! I loved how his head worked, and how he managed to get himself in and out of difficult situations!

All of the secondary characters were awesome! I don't have a bad thing to say about any of the characters, male or female, they were all written so cleverly. I absolutely adored every character! I loved the torturous romantically tense relationship between him and his ex Kim.

The ride that Coyle takes you on is SO MUCH FUN!! I don't know anything about La Jolla or San Diego, but I was taken into a wonderfully atmospheric city which I loved. It was FULL of action!! Not just beat-em-up action, but clever action that helped the story come together all the way to its dramatic conclusion.

So you must be reading this and wondering why I am raving about this book so much but only gave it 4.5 stars instead of 5!!? I shall explain... Two reasons.

1. The title. Night Tremors?? Makes it sound like some creepy scary horror story. I felt the title really didn't have too much to do with the story. I don't think many people who haven't read the blurb or know the author would think that this is a crime action novel. Perhaps aliens or ghosts?? :-)

2. The twist at the end was massive... MASSIVE!!! And I can understand why I have read other reviews of this book saying how awesome the ending was. It was a monster of a twist!!! And it was SO CLEVER!! But for me personally I didn't like it. I cant go into it without spoiling anything, but I just found it such a downer! However that's just me, and everyone else seems to have loved it! I think I had just developed too much of a liking for all the characters involved and then the ending just hit me. Ok no more! Don't want to spoil it!

So much thanks to Oceanview Publishing via Netgalley for the opportunity to read this book in exchange for an honest review.
Read more
Helpful
Report abuse
See all reviews

Mr. GEORGE MCVITTIE
5.0 out of 5 stars Good Read
Reviewed in the United Kingdom on 21 July 2017
Verified Purchase
Enjoyed this book from beginning to end.It is 03.40 am but I could not put it down till I had read it to the end. Brilliant.
Read more
Report abuse

Adrienne Janet Dewhirst
5.0 out of 5 stars Five Stars
Reviewed in the United Kingdom on 20 December 2015
Verified Purchase
not read any of the following yet
Read more
Report abuse

Rita Toma
5.0 out of 5 stars Purchased the entire Rick Cahill series.
Reviewed in Canada on 16 October 2020
Verified Purchase
Matt Coyle is a character you don't know if you should love, feel sorry for or slap his wrist. He pulls at your heart and mind with humor, action and suspense.
Read more
One person found this helpful
Report abuse

annrutherford
4.0 out of 5 stars Excellent book
Reviewed in Canada on 8 December 2015
Verified Purchase
I enjoyed this book immensely. The plot was great and the characters so real. If you are seeking a good mystery thriller
This is the book.
Read more
Report abuse