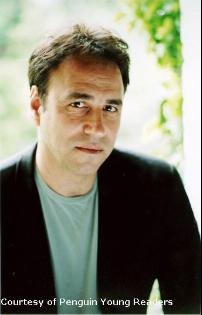 Melly
5.0 out of 5 stars Wonderful book
Reviewed in the United Kingdom on 6 February 2013
Verified Purchase
This book may be like 30 years old, but the quality was fantastic!! Would buy it from here as these books can be very hard to find
Read more
Report abuse

anthony b.
3.0 out of 5 stars Pleasant, but not what I'd hoped for
Reviewed in the United States on 15 January 2020
Verified Purchase
If I'd read this before ''Evil Star'' then I'd probably have liked it a lot better. There was some decent characterization, a nice climax and a visually striking cover. Having read the remake first, however, I consider it to be better, with the absence of the Nexus and other plot and character elements feeling sorely lacking.
If you're a fan of Anthony Horowitz and you haven't read the Power of Five series yet, then I would recommend this, but if you have already read them then there's little point in reading this.
Read more
Report abuse

A. D. Morse
5.0 out of 5 stars The Night of the Scorpion
Reviewed in the United States on 24 September 2010
Verified Purchase
This is one of the original titles in Anthony Horowitz's series; 'Circle of Five'. First written in the 1980s, the author's currently in the process of rewriting and releasing this series, but this book, along with three others, existed well before the new series of books that may be more prominent on the bookshelves now. The 'Circle of Five' was originally around in the 80s and I grew up reading them. They are very mysterious, fast paced and exciting books for the younger reader. I loved them, and still do. The character development, the scares and the adventures are all there - I think the original series is still better than his new series, but I could be biased! A fantastic read for any teen/young reader who wants a book that's very different from the norm, a book that's part modern drama, part ancient fantasy and all-round adventure; just plain good vs evil story telling. Great!
Read more
Report abuse

Mattiasson Sofia
5.0 out of 5 stars A very interesting reading
Reviewed in the United States on 7 March 2013
Verified Purchase
I liked the book very much and was surprised at the differences and the resemblances with its later version in the Power of five series . I liked reading it and recommed the whole series.
Read more
Report abuse
See all reviews
Get FREE delivery with Amazon Prime
Prime members enjoy FREE Delivery and exclusive access to movies, TV shows, music, Kindle e-books, Twitch Prime, and more.
> Get Started
Back to top
Get to Know Us
Make Money with Us
Let Us Help You
And don't forget:
© 1996-2020, Amazon.com, Inc. or its affiliates