The Night Eternal (The Strain Trilogy Book 3) and over 1.5 million other books are available for Amazon Kindle . Learn more
Share <Embed> 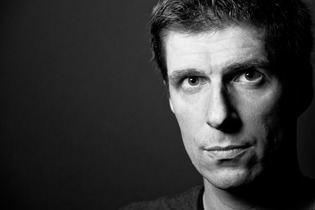 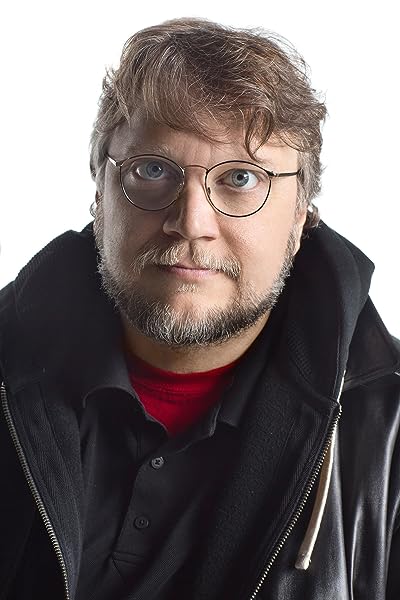 Page 1 of 1 Start overPage 1 of 1
Previous page
Next page
Start reading The Night Eternal (The Strain Trilogy Book 3) on your Kindle in under a minute.

Praise for THE NIGHT ETERNAL:

Praise for THE FALL:

‘The climax, all fire and brimstone, nicely sets up the third and final volume’ Financial Times

Praise for THE STRAIN:

‘A rattling piece of escapism’ The Times

‘The first in a trilogy that soars with spellbinding intrigue. Truly, an unforgettable tale you can’t put down once you read the first page. I can’t wait until the next one.’ Clive Cussler

‘Blood and apocalypse mix in a terrifying story that feels like it was ripped from today's headlines. Vividly wrought and relentlessly paced, THE STRAIN haunts as much as it terrifies. I cannot wait to see where Del Toro and Hogan take us next.’ James Rollins

Guillermo Del Toro was born in Guadalajara, Mexico and made his feature directorial debut in 1995 with the film Cronos, and has since gone on to direct Mimic, The Devil’s Backbone, Blade II, Hellboy I, Hellboy II, and Pan’s Labyrinth, which garnered enormous critical praise worldwide and won three Academy Awards.Chuck Hogan is the author of several accaimed novels, including The Standoff and Prince of Thieves, which won the 2005 Hammet Award. Retitled The Town, the film version stars Ben Affleck, Rebecca Hall and John Hamm.

Chuck Hogan is the author of several acclaimed novels, including Devils in Exile and Prince of Thieves, which won the 2005 Hammett Award , was called one of the ten best novels of the year by Stephen King, and was the basis of the motion picture The Town.

4.4 out of 5 stars
4.4 out of 5
1,076 global ratings
How are ratings calculated?
To calculate the overall star rating and percentage breakdown by star, we don’t use a simple average. Instead, our system considers things like how recent a review is and if the reviewer bought the item on Amazon. It also analyses reviews to verify trustworthiness.

E. A. Solinas
TOP 500 REVIEWER
4.0 out of 5 stars In eternal night (spoilers)
Reviewed in Australia on 15 January 2015
Vampires, angels, a darkly grotesque world and the occasional massive explosion. Yup, this a Guillermo del Toro story. And while "The Night Eternal" has some headscratching moments (the not-sufficiently-foreshadowed origins and fate of the vampires), it's still a solid ending to del Toro and Chuck Hogan's epic horror trilogy.

Two years have passed since the Master came to New York, and the entire world has changed -- the wealthy/smart/influential people have been killed (the vampires are Occupiers?), humans are rounded up like cattle, and the toxic atmosphere keeps the world in perpetual night.

Only a few ragtag humans are still putting up a resistance -- a devastated Eph spends most of his time popping pills and moping about the loss of his son Zack, Nora is struggling to care for her mother, and Vasiliy Fet has gotten his hands on a nuke that might be able to take out the Master. And Zack -- still human -- is being kept in a mansion by the Master, who seems to be sculpting the boy in his own image.

But the key to destroying the Master may lie in an ancient book left behind by Abraham Setrakian, which hints at how the entire vampiric plague started. If they can decipher it, they might have a chance at destroying the Master -- but their enemy has thousands of years of cunning on his side.

The Strain Trilogy really shows the way that vampires should be depicted -- not as pouting sparkling pretty-boys, but as vicious, intelligent creatures with ancient power and knowledge. And "The Night Eternal" is a good -- not brilliant, but good -- way to wrap the trilogy, with plenty of suspense, horror, and vampires who actually have a smart plan for world domination.

The book is wrapped in a grimy, bleak, decayed atmosphere, with lots of bloodspattered action scenes and dark humor ("Vivas las rates!"). But del Toro weaves in thin, pale threads of mysticism, which culminate in moments of almost frightening beauty. And his prose style meshes beautifully with Chuck Hogan's, especially since they both have a knack for the gritty details (guess where the vampire excrement ends up).

The biggest problem with "The Night Eternal"? The origin of the vampires was depicted as being biological in the first two books, but in this one... it's mysticism, magic and ANGELS. This isn't entirely surprising since del Toro inserts a lot of angels into his work, but it wasn't well foreshadowed. At all.

Without Setrakian, the original group has fractured a lot -- Eph is an unreliable, emotionally distant shell of himself, and he's so doped-up on drugs that his vampire ex-wife is having trouble finding him. Nora and Fet have found solace in each other, and we still have a bunch if colorful side characters such as Quinlan the vengeful half-vampire (whose backstory is explored here), ex-gangbanger Gus, and the increasingly messed-up Zack.

"The Night Eternal" has a major central flaw, but is saved by the brilliant prose, strong characters, and vampires who actually scare you. It's not brilliant, but it is still a solid read.
Read more
Helpful
Report abuse
See all reviews

Jimifan1970
5.0 out of 5 stars If you've read the first two parts then you'll want to read this.
Reviewed in the United Kingdom on 13 March 2018
Verified Purchase
Eph, Fet, Norah, Gus and Mr. Quinlan continue their quest to overthrow The Master, who has now, by all accounts, become less of a fallen angel and more akin to an anti-God in charge of the whole world, though still located in his chosen district of NYC. Vampires in this final part of the trilogy are now more like foot soldiers and worker bees than hideous bloodsuckers attacking any human within range of their darting stingers, and plenty of unturned humans have sold out too, doing The Master's work in the dim shadow of the post-nuclear clouds enveloping the world. Eph's repulsive ex-wife Kelly, now sitting at The Master's right hand, continues to hunt for her Dear One (Eph) and continues to fail to turn him, while their son Zach has been kept unharmed for some reason by The Master. It's going to need something BIG to dislodge this mf, and something BIG is exactly what Fet has managed to acquire. Won't spoil it for you by revealing what it is but there's a lot of irony involved.
This final part is somewhat unlike the previous instalment, and very unlike the first book, which owed a lot to the ideas that Stephen King explored in the wonderful 'Salem's Lot'. In fact, it struck me that 'The Strain' was a bit like 'Salem's Lot' expanded out of small town America and imposed on the whole world. This time, bravely entering the head vampire's lair with wooden stake, holy water and crucifixes won't cut it. This monster isn't even unduly concerned by daylight ... but he is worried about a very old book.
Enjoyed the whole trilogy, with the first book, 'The Strain', as is so often the case, carrying most shocks and creepiness.
Read more
One person found this helpful
Report abuse

Joshua Ryan
3.0 out of 5 stars Ultimately... just alright
Reviewed in the United Kingdom on 10 August 2018
Verified Purchase
I leapt at picking this trilogy up when I heard that Del Toro was the author, read the first, totally forgot to read the rest for four years, and have now just binged them. Upon returning, I find myself a lot less impressed than from what I can remember. The first and second books could easily be in one volume, and the third feels like it exists more from obligation than to continue the story. The books do have a nice gloomy tone and some nice bits of writing, but ultimately the story itself is far too sparse and the characterisation and worldbuilding far too shallow to really capture my attention or imagination. It almost feels like it's a proof of concept for a tv series more than anything..... I wonder...
Read more
Report abuse

JMV
4.0 out of 5 stars It's really not as bad as some make it out to be
Reviewed in the United Kingdom on 9 January 2013
Verified Purchase
Plenty of people panned the final part of The Strain trilogy but I had to know how it ended so I went ahead and bought it anyway. It wasn't anywhere near as bad as some made it out to be. While it perhaps didn't have the heart-pounding sense of urgency of the previous two novels, it was reasonably pacy. In fact, I quite liked the way in which the authors calmed it all down before ramping up the action for the grand finale. I also loved the end - not happy ever after, but then that was quite a correct outcome. If you've read the other two books, I would go for this final one.
Read more
Report abuse

Len Clark
5.0 out of 5 stars Excellent fiction
Reviewed in the United Kingdom on 20 May 2014
Verified Purchase
This is the Third Book of "The Strain" Trilogy. Ever since I read Guillermo del Toro's "Pan's Labrynth", I was enthralled with his style of writing -and 'The Strain' Trilogy did not disappoint. As with the other two books in this series, the storyline is gripping and holds the reader's interest throughout. It's success lies in the well described live of the main protagonists, and the development of a world-wide plague through vampirism. It's real quality is in its smooth transition from one book to another, giving the reader the joy of not having to 'get into' the next book - it all flows so effortlessly. Pure horror-fantasy and a highly enjoyable read.
Read more
Report abuse

W Hickey
5.0 out of 5 stars Great gift
Reviewed in the United Kingdom on 30 June 2020
Verified Purchase
Bought as a gift they're very happy with it
Read more
Report abuse
See all reviews
Back to top
Get to Know Us
Make Money with Us
Let Us Help You
And don't forget:
© 1996-2021, Amazon.com, Inc. or its affiliates