The Night Counter: A Novel and over 1.5 million other books are available for Amazon Kindle . Learn more
Share
Flip to back Flip to front
Listen Playing... Paused   You're listening to a sample of the Audible audio edition.
Learn more
See all 3 images 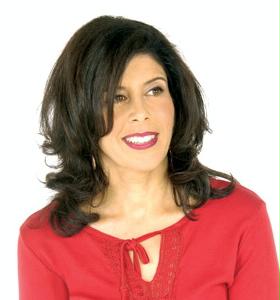 Page 1 of 1 Start overPage 1 of 1
Previous page
Next page
Start reading The Night Counter: A Novel on your Kindle in under a minute.

An immigrant-ethnic cocktail laced with political oppression, but before shaking, [Alia Yunis] adds Scheherazade, the fabled storyteller who kept herself alive by distracting her tyrannical husband for a thousand and one nights. --Carolyn See, Washington Post

Wonderfully imaginative...poignant, hilarious...The branches of this family tree support four generations of achievement, assimilation, disappointment, and dysfunction...Their stories form an affectionate, amusing, intensely human portrait of one family. -Boston Globe The Abdullahs are anything but a Norman Rockwell painting, but in their own way, they are a very typical American family. They may have their differences but they also have their stories. And, as Scheherazade points out, in the end, that's what holds a family (much like a nation) together. -Christian Science Monitor
THE NIGHT COUNTER, Alia Yunis' first novel, mixes equal parts of magical realism, social commentary, family drama and lighthearted humor to create a delicious and intriguing indulgence worth savoring. -Minneapolis Star Tribune Yunis, a Chicago-born professor living in Abu Dhabi, weaves a colorful tapestry...rich in character and spirit.-Entertainment Weekly Little pigs and lost siblings make for decent bedtime story fodder. But the life and times of Fatima Abdullah, the madcap matriarch of Alia Yunis's charming debut, THE NIGHT COUNTER, is even better. -Daily Candy In this captivating debut, Yunis takes readers on a magic carpet ride....[A] sometimes serious, sometimes funny, but always touching tale of a Middle Eastern family putting down deep roots on U.S. soil. -Publishers Weekly Yunis' book club-ready debut uses The Arabian Nights as a departure point for an immigrant-assimilation story....Emotionally rewarding reading that builds to a poignant and thoroughly satisfying climax. -Kirkus Reviews, starred review Yunis' debut is a magical, whimsical read with plenty of humor and heart. -Booklist

A vibrant, moving story that blurs the boundaries of dream and reality, past and present, innocence and wisdom. -Laila Lalami, author of Secret Son An enchanting debut that winks and glitters like the bangles that line Scheherazade's arms. THE NIGHT COUNTER is funny, sly, charming, delicious, madcap -- and a gorgeous celebration of the way stories weave and shape our lives. -Carolyn Turgeon, author of Godmother A gracefully-written multi-generational tale--warm, wise, and often funny--that reveals the inevitable illusions that push families apart, and hold them together. -Will North, author of Water, Stone, Heart and The Long Walk Home

Raised in Chicago, ALIA YUNIS has worked as a journalist and filmmaker in Los Angeles and the Middle East. Currently a professor of communications at Zayed University in Abu Dhabi, Yunis is a PEN Emerging Voices fellow. This is her first novel.


From the Hardcover edition.

I was worried that this would just be another book about the struggles of Muslims and Arabs in America post 9-11, and while that layer is here, it is not the heart and soul of this novel, but rather just fleetingly, one of the many, many issues that the five generations of this odd, quirky family, all bonded together by a 70-year old love story, deal with

Wherever you hail from, it will remind of your family and personal relationships and perhaps make you look at them from the other guy's or gal's point-of-view, as The Night Counter so capably does

Amazon Customer
4.0 out of 5 stars Sweet family tale
Reviewed in Canada on 4 January 2018
Verified Purchase
The central character in this book is the grandmother who is given a notable voice and strength unbeknown to her children. The author breathes life into the imaginings of this quirky old lady who lives with her gay grandson. Some funny moments and historical references; a light and enjoyable read!
Read more
Report abuse

Carolien S
5.0 out of 5 stars Funny, deep family story
Reviewed in the United States on 21 December 2020
Verified Purchase
This was a gorgeous read. In her eighties, Fatima has divorced her husband, left Detroit and moved in with her grandson, Amir, in LA. For the past 991 days, she has been visited each night by Scheherazade and has told Scheherazade about her childhood in Lebanon. She believes she will die in 10 days time and must still decide which of her children deserves to inherit her house in Lebanon. At times, I laughed out loud at some of the comedy, but it also tells of the stories that we tell each other in families to maintain secrets and facades. I loved the characters and had such fun reading this, highly recommend.
Read more
Report abuse

likestoreview
4.0 out of 5 stars Good book; a little confused
Reviewed in the United States on 22 March 2018
Verified Purchase
This is a novel with many parts that are hysterically funny. I enjoyed it a lot. But there are parts in the middle and at the end where it gets very serious. That's okay, but I found I had trouble making the transitions. It was as if the book couldn't decide if it was a friendly satire, an angry look at Lebanon's devastation, or a philosophy of family. Nevertheless, I would like to read a second book by this author. It's been quite a while. I hope she is okay.
Read more
One person found this helpful
Report abuse
See all reviews
Get FREE delivery with Amazon Prime
Prime members enjoy FREE Delivery and exclusive access to movies, TV shows, music, Kindle e-books, Twitch Prime, and more.
> Get Started
Back to top
Get to Know Us
Make Money with Us
Let Us Help You
And don't forget:
© 1996-2020, Amazon.com, Inc. or its affiliates