The Night Birds: A Novel and over 1.5 million other books are available for Amazon Kindle . Learn more
Share <Embed> 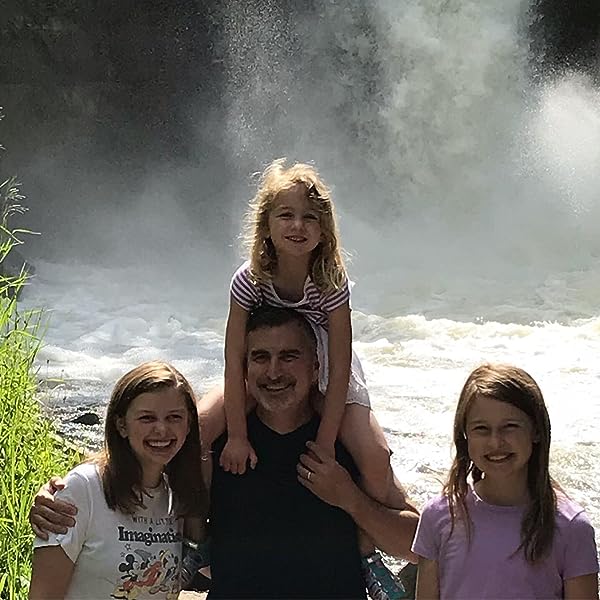 Get 90 days FREE of Amazon Music Unlimited
with the purchase of any eligible product. Shop now
click to open popover
Start reading The Night Birds: A Novel on your Kindle in under a minute.

V. Webb
5.0 out of 5 stars I absolutely loved this novel for a number of reasons
Reviewed in the United States on 20 November 2014
Verified Purchase
I absolutely loved this novel for a number of reasons. First, the history is well researched and credible. This is absolutely not a romanticized version of the Old West, but a heart wrenching, detailed, and emotional account of the brutal and harsh realities of life for ordinary settlers and Native communities during the turbulent clashes between the Dakota and the United States government. This book eloquently illustrates how ordinary people, both Indian and white, who share similar emotions and daily struggles, are swept up in the larger conflicts perpetuated by ignorant government policies and actions. Second, the characters in this story are so real that it is as if they have souls. I am very rarely swept up in the often unrealistic love affairs recounted in “Westerns,” but the love affair depicted in this novel is so tender and deep that I literally found myself in tears. The author never shies away from the dueling qualities of darkness and light, of cruelty and compassion, that exist within all people, and within nature itself. Third, the story-telling in this novel is consistent and compelling. I felt swept along in the narrative the entire way. I would highly, highly recommend this novel for those interested in the history of the frontier, life on the plains, Dakota culture, or for those who love detailed, character based fiction. If you are looking for a lighthearted, or easy read, look elsewhere.
Read more
6 people found this helpful
Report abuse

Kindle Customer
5.0 out of 5 stars "Her stories left tracks inside me and I was not the same after."
Reviewed in the United States on 20 January 2013
Verified Purchase
Asa's Aunt Hazel has told him the stories, and they go on to change the reader as well. Hazel has to be one of my favorite characters in recent time. She is drawn deftly, and complexly by Malman within the context of the roiling history of the American Plains. Above the fighting of man for dominion, are the forces of locusts, droughts, storms, great heat, and great cold. One may join with the forces of the prairie, or one may fight them in vain.

Hazel had been released from the Asylum where she lived for years. She had taken a Native husband after her capture in the wars and was shunned for it. Epileptic, she dwelt with the insane, while on the plains, Asa and his parents struggled for survival. Hazel, when she comes, has Asa face that tells of pain and wonder. She is quiet and self possessed and entrances Asa.

The stories she tells spano the years of her childhood and include the Book of Wonders written by her father Jacob. There is no magic, she has been taught, there is only belief that joins the spirit and allows the force of life to flow between us. Her story spans decades of chaos and pain laced with threads of great beauty and love.

Maltman takes up the story of the hanging of the 38 Dakota warriors as he does again in Little Wolves (another lovely book). He brings the people into history and joins us into the discourse. But the characters are his true gift. They enable us to see the magic in the prairie and to understand the haunted beauty that has propelled so many to endure its harshness.

Jim Duggins, Ph.D.
4.0 out of 5 stars At Home on the Frontier
Reviewed in the United States on 18 March 2009
Verified Purchase
"The Night Birds" is told by Asa, a young boy born in Minnesota in 1862. A boy of unusual sensitivity to the plight of others, Asa once released prisoners from jail out of pity for their unhappiness. That act of kindness branded him as different in a harsh and unforgiving world.

"Night Birds" teeter-totters between the stories of German settlers and indigenous Dakota peoples in the Midwest -- and the plagues brought by white men along with the devastation of natural hunting and fishing grounds as well as the bloody struggles between abolitist vs. pro-slavery sentiments held by differing whites. Confrontation between the groups is violent and often deadly.

Maltown's long suite in this novel lies in his descriptions of the harshness of the unconquered land -- the hunting and trapping, the decimation of animals, the killing of thousands of crows, and of sky-darkening flights of passenger pigeons, a pack of wolves dismembering their prey, freezing rains,and people falling through river ice to face terrible deaths.

The story shifts back and forth in the telling between 1859 and 1876 sometimes distracts the drama provided by immediacy as it flashes back to provide historical substance, i.e., motivational attributes to the events leading up to the present (1876).

In these pages one experiences horror, e.g., we watch as a group of Indian children stone a settler boy, see them approach the stoning with some trepidation until the first blood is drawn, then leap in to the lust of killing, continuing to stone the settler boy long after his life is gone. We see that scenario repeated many times: pro-slavery forces against abolitionist, settlers against Indians, village and teepee, town and log cabin, burning, torturing, scalping, beheading.

One wants to be totally sympathetic to the members of this three-generational epic of German settlers in the land we know as the American Midwest, but that is not entirely possible given their roles in destroying the land and gernerally believing that the land was theirs to take simply because they were white and of European ancestry.

Maltman is at his best when describing the land of this continent and the abundance of life, animal as well as vegetable here. Unfortunately, Maltman's characters are often not over well-developed, some too good or too evil, cardboarded with no ready motive or history to help us sympathize with their behavior.

This book is recommended for all who want a better understanding of the second half of the nineteenth century in America's Midwest, a time and place not frequented enough by authors of historical fiction.

Finally, this book is also a story of love, both familial and forbidden, Indian and white -- and, one leaves this story in a better place for having learned more about yet another part of America's patchwork history.
Read more
12 people found this helpful
Report abuse

Mary Reinert
5.0 out of 5 stars Gripping, memorable, tender, but brutal
Reviewed in the United States on 1 August 2008
Verified Purchase
Multi-generational story of a German family torn apart by the violence of the 1800's: slavery, Indian wars, and Mother nature that can be equally as brutal. Told in two time frames, the 1850's and the 1870's with each story tightly intertwined. Leaving Missouri after the father prints an anti-slavery article, the father and children and stepchildren head for the Minnesota frontier. The Dakota Indians are not unfriendly neighbors but fear, distrust, and misunderstandings plague everyday life until the Great Sioux War of 1962 tears everything apart.

The story centers on Hazel, a young girl, whose father has taught her of the "old ways" of healing and her effect on the family. Friendly with the Indians, Hazel is later captured and becomes the wife of a young Indian brave. After the Great War, Hazel becomes reunited with part of her extended family. The story is told from the viewpoint of Asa,a young man whose life is affected by Hazel's years later. rt4

The writing in this novel is beautiful although brutal in the description of daily life on the unplowed frontier. Nature is not merely a background but an active force throughout the story. The characters of children, young mothers, soldiers, old Dakota Indians, and farmers are so clearly drawn. Life was unbelievably hard and cruel, but the human spirit although at times broken and equally as cruel can maintain a spark of belief and hope in something better. A remarkable novel of the frontier.
Read more
19 people found this helpful
Report abuse

William D. Brisbane
4.0 out of 5 stars For once a true to life story of how the West was settled
Reviewed in the United States on 2 April 2014
Verified Purchase
There are a few slow-going passages in this fine novel, especially and in my humble view, regarding the mysticism of the Indians, but this book involves the reader as it goes on and leaves a lasting impression by the time it finishes. Isn't that what a good novel is all about. Mr. Maltman successfully portrays both the realities and difficulties of the white settlers (mostly German immigrants) and the Dakota Indians they displaced in Minnesota in the 1860s, in an ever present backdrop of Civil War and racism, and few if any novels achieve this delicate balance. He also takes on the themes of love and family, interweaving them skillfully and without loss of pace or drama into his story. Not quite the 'great American novel' as one reviewer claims (where do they find these pundits anyway!) but a novel that is worth reading if you like historical fiction and the settlement of the upper mid-West and good tale to boot.
Read more
2 people found this helpful
Report abuse
See all reviews
Get FREE delivery with Amazon Prime
Prime members enjoy FREE Delivery and exclusive access to movies, TV shows, music, Kindle e-books, Twitch Prime, and more.
> Get Started
Back to top
Get to Know Us
Make Money with Us
Let Us Help You
And don't forget:
© 1996-2020, Amazon.com, Inc. or its affiliates