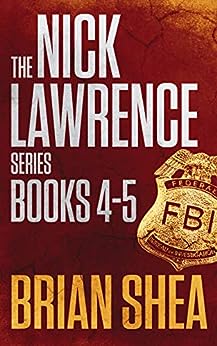 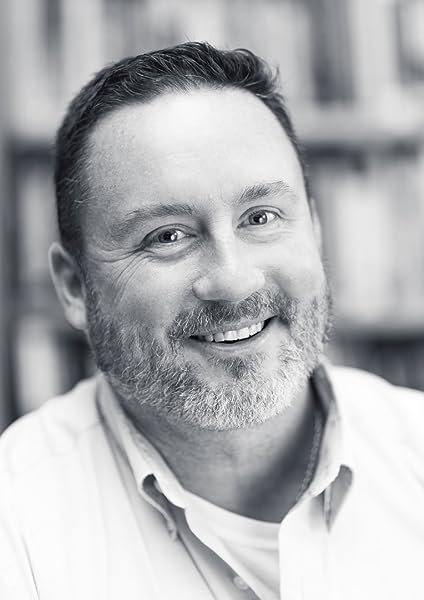 by Brian Shea (Author) Format: Kindle Edition
Book 2 of 2: Nick Lawrence
See all formats and editions
Sorry, there was a problem loading this page. Try again.

Check out the individual books to see why readers have fallen in love with this cast of characters.

Another school shooting.
Another senseless act of violence.
But this one is different.
It isn’t random. It was orchestrated by a mysterious outsider.
And it’s just the beginning.

“This is Shea at his absolute best.”

The warning was released soon after the first school shooting. It came from an untraceable source, and threatened a similar violent incident at one school in each state across the country. Soon the entire nation is plunged into a state of panic.

As law enforcement desperately searches for the group responsible, former FBI agent Nick Lawrence is called up by an old friend. They need Nick’s unique set of skills to find and stop a twisted criminal mastermind...before he claims his next victims.

When a senator's daughter is found dead in a Boston alleyway, former FBI agent Nick Lawrence is called into action.

A powerful new drug has hit the streets of Massachusetts, and overdoses are skyrocketing to epidemic proportions. Senator Buzz Litchfield’s daughter is the latest opioid death, and he wants justice. Law enforcement is being told to take the gloves off; to come down hard on the rampant drug rings that have plagued the area.

Nick Lawrence and the Valhalla Group are tasked with taking down the distribution network, and must partner with Boston’s elite Tactical Narcotics Team to get the job done.

But just as they’re about to make a bust, things go south. And Nick realizes that in the war on drugs, corruption is everywhere. And nothing is what it seems…

BRIAN SHEA has served as both a military officer and law enforcement Detective. His authentic crime fiction novels have been enjoyed by countless readers around the world. His books are recommended for readers who enjoy Michael Connolly’s Harry Bosch, David Baldacci’s John Puller, or James Patterson’s Alex Cross.

BRIAN SHEA has spent most of his adult life in service to his country and local community. He honorably served as an officer in the U.S. Navy. In his civilian life, he reached the rank of Detective and accrued eleven years of law enforcement experience between Texas and Connecticut. Somewhere in the mix he spent five years as a fifth-grade school teacher. Brian's myriad of life experience is woven into the tapestry of each character's design. He resides in New England and is blessed with an amazing wife and three beautiful daughters. --This text refers to the paperback edition.

BRIAN SHEA has spent most of his adult life in service to his country and local community. He honorably served as an officer in the U.S. Navy. In his civilian life, he reached the rank of Detective and accrued eleven years of law enforcement experience between Texas and Connecticut. Somewhere in the mix he spent five years as a fifth-grade schoolteacher. Brian’s myriad of life experience is woven into the tapestry of each character’s design. He resides in New England and is blessed with an amazing wife and three beautiful daughters.

Join My Reader List and get a FREE Copy of the Nick Lawrence prequel short story: UNKILLABLE. Go to: brianchristophershea.com/contact/

Connect with Brian through his author website or various social media sites.

or reach out by email:

4.4 out of 5 stars
4.4 out of 5
356 global ratings
How are ratings calculated?
To calculate the overall star rating and percentage breakdown by star, we don’t use a simple average. Instead, our system considers things like how recent a review is and if the reviewer bought the item on Amazon. It also analyses reviews to verify trustworthiness.

There are 0 reviews and 13 ratings from Australia

Hiker girl
5.0 out of 5 stars If you like Grisham and Baldacci- you will like this author
Reviewed in Canada on 12 March 2021
Verified Purchase
My husband loves John Grisham books and when I found this author on Amazon he fell in love with him too. He very quickly read books 1-3 in the series and told me to get him these! He also likes David Baldacci as an author.
Read more
One person found this helpful
Report abuse

Steven Hildreth, Jr.
4.0 out of 5 stars Entertaining, if a little quirky, fiction
Reviewed in the United States on 29 September 2021
Verified Purchase
I'm trying to process how I feel about the Nick Lawrence series at large. Books 4 and 5 wrap up the loose ends and bring the series to an end.

On the one hand, the plots of books 4 and 5 (TARGETED VIOLENCE, MURDER 8) strike me as being a bit all over the place. Nick Lawrence ends up in a deep cover, off-the-book wetwork crew, but ends up handling plots that would definitely be within the wheelhouse of conventional law enforcement investigations. I suppose what makes the task force more efficient would be that they don't need warrants and can conduct interrogations and surveillance that would violate every principle of due process. I'd expect such a task force to be focused on international terrorism. There's also the problematic characterization that bullied people are prone to becoming school shooters. Plenty of bullied teenagers who end up hurting themselves rather than others. It's not the guaranteed conduit it seems to be in TARGETED VIOLENCE.

At the same time...the characters continue to be compelling, and the action crisp and compelling the reader to turn the page.

I don't regret reading the series, and it did what it set out to do (entertain). I might check out Shea's other works down the road. He has definitely improved as a writer from the time of KILL LIST, and as far as the flaws of his first three books, books 4 and 5 were the ones that demonstrated those pitfalls the least.
Read more
Report abuse

Apple24kt
5.0 out of 5 stars Nick Lawrence is a special person
Reviewed in the United States on 8 June 2022
Verified Purchase
I have read the entire series, involving many special and well trained individuals. Some beginning in our Military and moving into Multiple law enforcement sections. We have much to be thankful for.
Each has felt the effect on their life, family and friends. Respect and support well is deserved!
Read more
Report abuse
See all reviews
Report an issue
Does this item contain inappropriate content?
Report
Do you believe that this item violates a copyright?
Report
Does this item contain quality or formatting issues?
Report